After Julia’s sister & family are murdered by a home invader, the house they lived in is sold in record time. Angry & disgusted at the speed of the sale considering what occurred inside, Julia visits & discovers the murder room has effectively been ripped out of the house.

Confused she begins to investigate & finds out that this is not an isolated case. Over a long period of time the same thing has happened wherever major atrocities have taken place & a man called Jebediah Crone seems to be responsible.

Alongside her cop friend (who has one mode here…permanently angry) she tracks him down to a small town that is hiding a very dark secret. One that harks back to a past she has forgotten.

Abattoir is a frustrating watch that leaves you incredibly disappointed with its lacklustre finale & confusing ‘bad-guy’ motivations. At almost an hour & 40 minutes the film throws an insane amount of story & dialogue at you within the first 20-30 minutes. There is so much it is easy to get lost & with the amount of in-direct references to people & events it’s tempting to stop the movie there & then.

The film then slows to a crawling pace where nothing happens for an absolute age & it’s infuriating to see characters confused about what exactly is going on when it is glaringly obvious to the viewer. Julia finds out everything she needs to know before we even get near the ‘payoff’ so it is laughably bad that she would continue down the path she does.

Others would argue that it’s because she wants to find out why her sister was murdered yet that is made abundantly clear once she is in town. This path can only lead to either her own death or someone she cares about (again, made painfully obvious as the cop trails her around like a lovelorn puppy).

The payoff is disappointing because it promises a glutton of violence & gore that could have been so effective but instead chooses to repeat scenes we’ve already seen but replaced with CGI smoke effects. It’s such a let-down as visually the movie has some class & it seems the creators held back here. 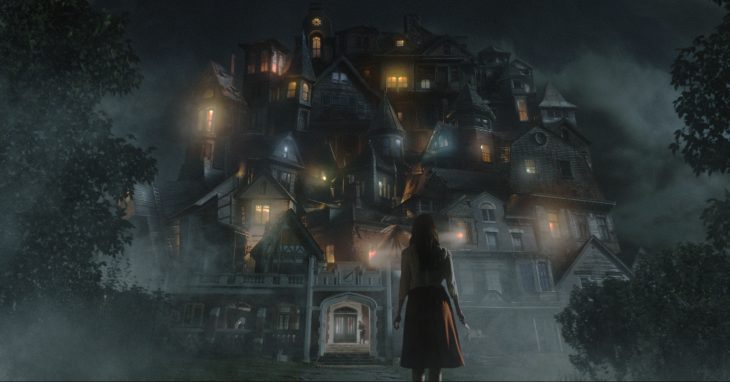 The acting is decent; Julia sells her loss & confusion well. Lin Shaye (a horror regular) has a small but important part that she absolutely nails. Instantly more believable than any other character especially the cop, Grady whose constant desperation for Julia & constant state of anger is laughably bad.

The ‘bad-guy’ of the film, Crone looks the part (think a dumpier version of the preacher from Poltergeist 2) but by the end he comes across as a more sympathetic character. His actions are terrible but his motivation is driven by something that happened to him & his family. While that doesn’t absolve him it does make for a confusing watch, something that is far too prominent throughout Abattoir.

This should have been far better than it was, if they had gone with more dark & violent imagery. That ending would have been shocking & exciting rather than a CGI mess that feels out of place with the story that is told.