I put 2 weeks of time into Happy Park & didn’t spend any real money. My parK reached Level 12 & never dropped below a B rank.

Happy Park is one of the many park building games that exist on the App store & it’s not good…in a bad game way not because of its many pay walls.

The first problem becomes apparent almost instantly…everything is just so small. If you have sight problems then you’re not likely to be able to play this game. Opening up the menu screen brings up text that appears so small that even I had difficulty reading without bringing the device closer to my face. 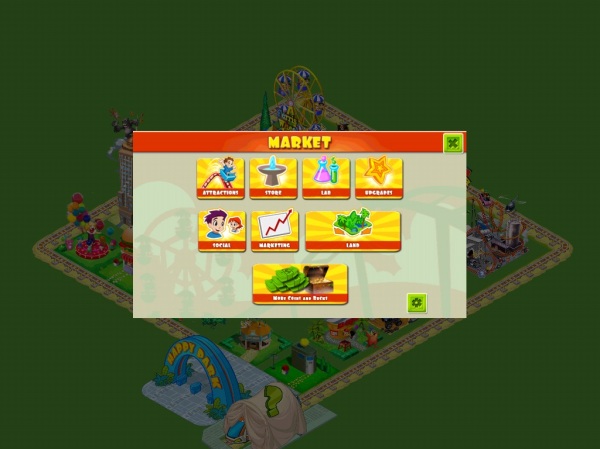 The 2nd problem is in the games limitations – you have rides, shops & decorations & a limited amount of space to put them in. Your space can be expanded at an in-game cost but will still take time to finish. The higher the level, the longer it takes with my latest park expansion taking 3 days to complete. That is unless you’re willing to spend the premium currency (as is the usual case in these kinds of games). 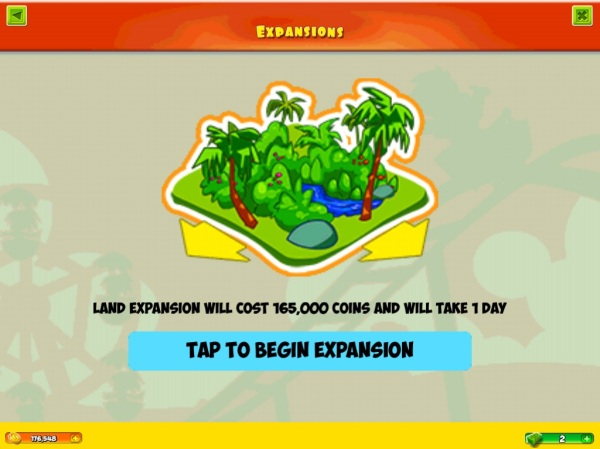 Gold coins are your main source of income as rides placed generate a set amount of coins depending on the quality & how the ride has been upgraded. You can use gold coins to buy more rides & attractions for your park although this isn’t instantly clear. You see bucks are the premium currency & used to finish things quicker…the number you are given free is limited. You can also buy premium rides for bucks (a musical carousel costs 31 bucks) & when you first open up that menu that is all you are greeted with…the premium rides. 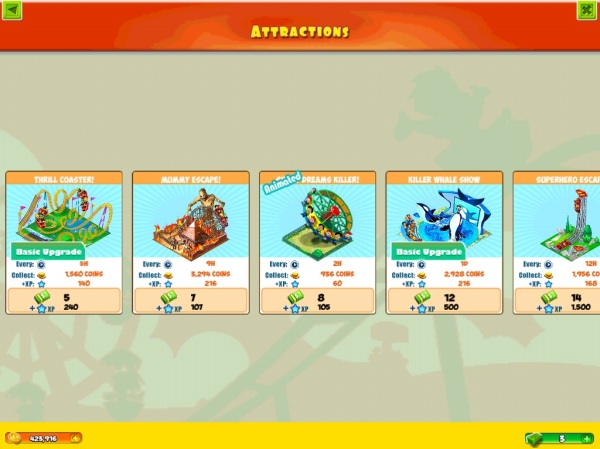 I was incredibly confused until I scrolled right for a bit & found the rides you could buy with in-game currency at the end. Not clever…

Where the game really comes unstuck though is with the insane real money cost to buy more gold coins or bucks. 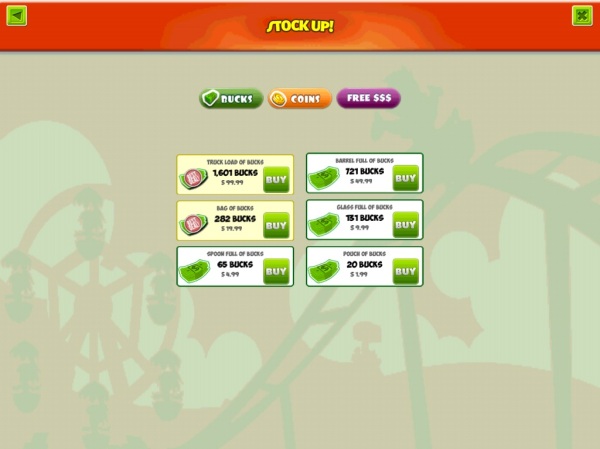 It is pure robbery & I’ve never seen it done so poorly before. You can earn a few free bucks by watching sponsored videos or signing up for trials of certain products (don’t do it!). 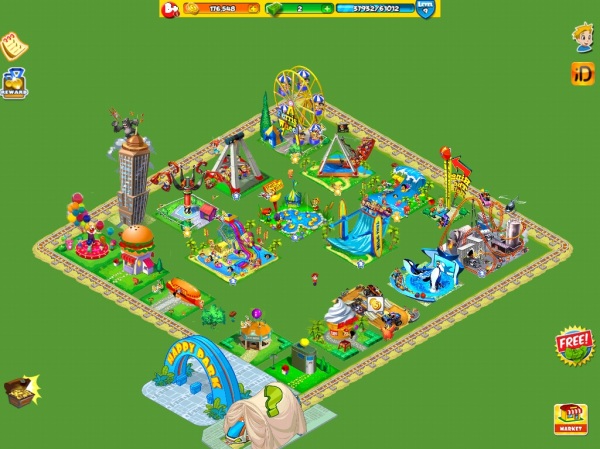 The joke is that even if you wanted to spend your real money in this game you would be wasting your time as there is little to enjoy about it. The aim seems to be to get the top grade but early on I was receiving A+ grades but started getting lower when my park grew in size with more attractions! It makes no sense & there is no clear way to improve. You can’t build roads so all your attractions are on the grass hemmed in by a monorail that when clicked on says “coming soon”. Whatever that means…

Customers wander your park but never seem to do anything. You don’t have to pick up rubbish or provide them with anything really. Occasionally the game demands that you hire an entertainer or ride operator but they seem completely random & offer nothing new. 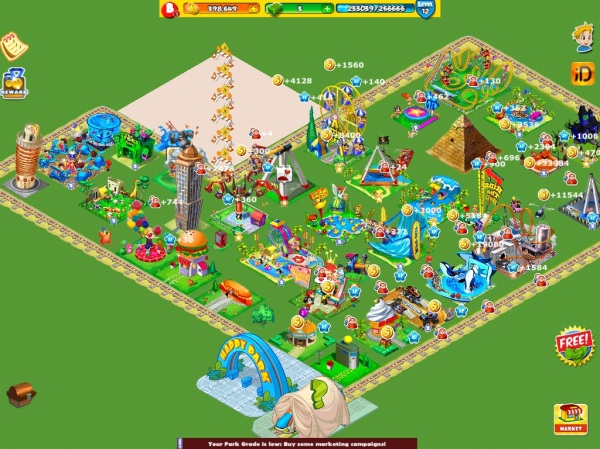 The only other aim seems to be about completing quests that start off simple enough…build this, build that but quickly descend into desperate attempts to make you share the game on Facebook or Twitter. Take a look at my current quest list…it hasn’t changed in a week. 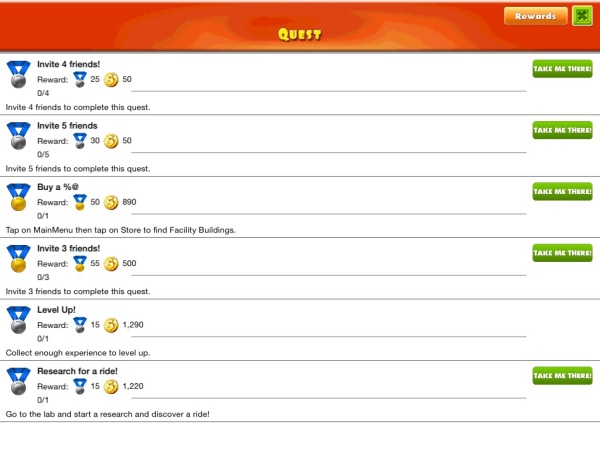 The moment the game loads up you are greeted by adverts that can be closed easily enough & several pop-up boxes demanding that you share the game with your friends. There is no saying no…it is either ‘sure’ or ‘later’. The game even won’t let you spin a free roulette wheel (a daily prize for logging in) unless you share first! It is pathetic…

One of the worst free-to-play games I’ve ever spent time with. Nothing happens & in 2 weeks all I could say I had accomplished was not spending real money & making it to level 12. Even if the gameplay wasn’t so poor it would gain a low score for its poor pricing & extremely small text.