Growing up I loved the Goosebumps series, I must have read almost all of the original 62 published titles (not including spin-offs). R.L. Stine’s fun horrors aimed at children were addictive reading & definitely influenced my later horror love.

Goosebumps is having a bit of a renaissance at the moment…thanks in part to the release of a movie based on the series starring Jack Black as R.L. Stine. At the same time we have this game, a cartoonish point & click game that is nothing but disappointment. 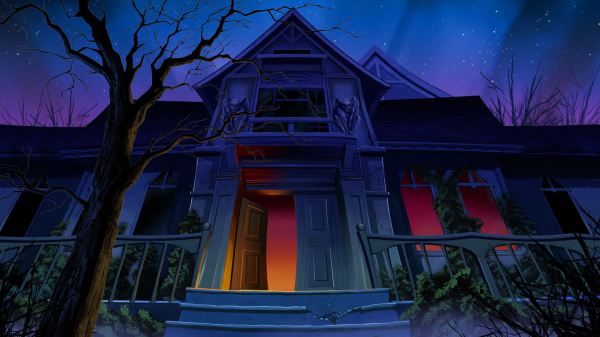 The story is embarrassingly basic; you are a young boy who finds his neighbourhood overrun by monsters from the R.L. Stine Goosebumps book series. They’ve escaped their books led by the puppet Slappy & it’s up to you stop them by finding the author himself.

First though you’ve got to survive the local woods, your house which is now the Dead House & the Mall. You do this by picking up items & solving puzzles that vary between stupidly basic & mind-numbingly frustrating.

You see you can pick so many things that are irrelevant to the actual plot of the game. I managed to finish the game with 4 pages of inventory items un-used. I didn’t seem to need most of them when it came to finishing the game. Sure some are attached to gaining achievements/trophies which adds some small longevity to the overall package but it’s not often clear how & when they are used. 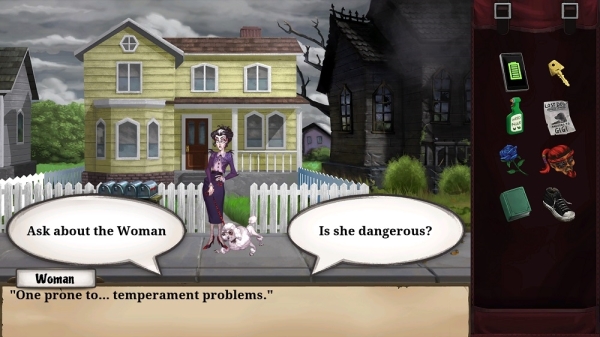 At times you’ll end up just clicking on everything in an area hoping for a hint as to what you need to do next & frustratingly enough you can actually misuse items meaning they are gone forever unless you start the game again.

Its cartoon style doesn’t look pretty…cheap & basic with little to admire. With the amount of material available in the books it feels like a wasted opportunity with some stuff just shoe-horned into the background as minor reference points.

The game follows a similar pattern to the ‘choose your own adventure’ books that exist in the series. You can die by making poor decisions or not having the right item to deal with a monster. This could have been a good idea forcing you think about what you should do next but with the ability to save wherever you want & a retry option that will put back exactly where you just died it’s wasted. There are no consequences beyond having to click a few buttons to try again. 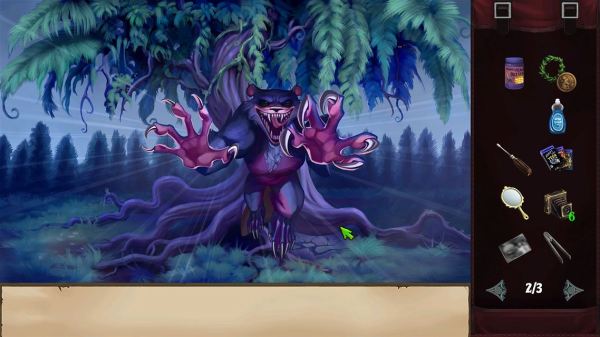 The game is surprisingly short also…I finished within an hour with the only real reason to replay being achievement/trophy completion.

I’m not sure who this game is aimed at…kids would find it boring & complicated while adults will find it below average & a waste of money.

Even as a fan of the series I can’t see a reason to recommend this unless it’s on sale at a low price. 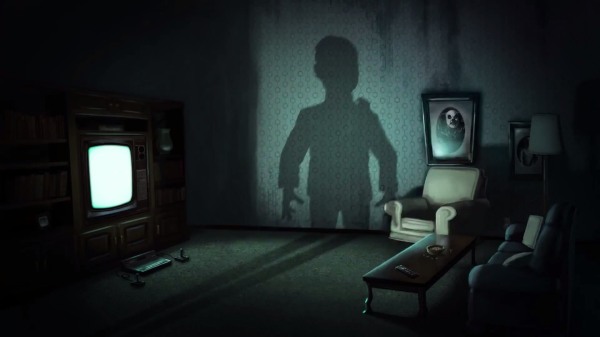