War Commander: Rouge Assault by KIXEYE inc is a free to play game that sounds too good to be true. Promising an immersive military strategy game set in a massive multiplayer online world & drawing inspiration from the classic strategy game series, Command and Conquer. 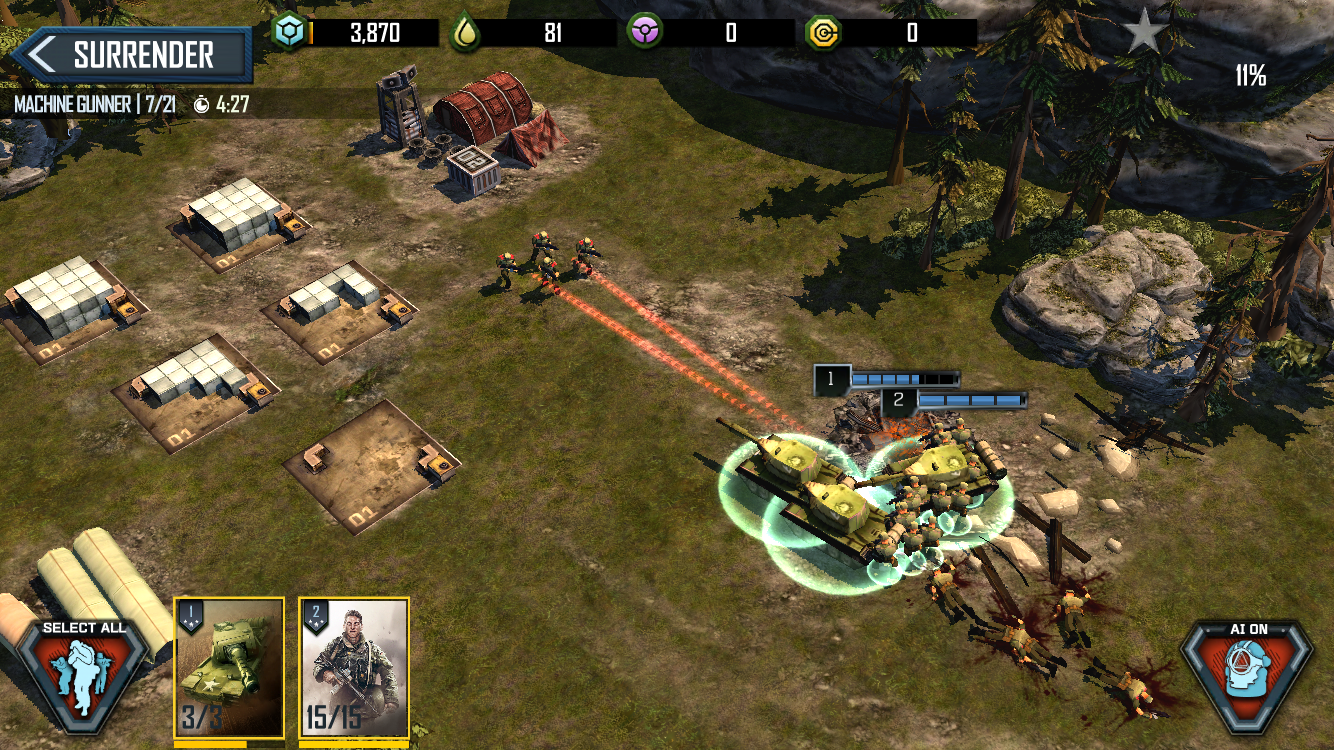 One of the very first screens that you’re greeted with when you first start the game includes the text:

No build times! Your units and structures can be built and upgraded instantly!

It still amazes me that developers feel they need to brag about features that should never be in question anyway! It shows the state of the free to play mobile market that this text is something that actually deserves praise.

War Commander: Rouge Assault drops you instantly into the action with no tutorial at all. It’s quite over-whelming at first as you have no clue how to control units, build structures or get involved in battles. Once you do get to grips with it though it is surprisingly easy & very detailed.

The basic gameplay sees you expanding your base by building structures that include base defences, factories & resource facilities. Unfortunately you’re limited to the number of these you can build until you level up. This can be quite a slow process too.

Beside base defences, resource facilities are the most important structures you’ll need to build. These come in two forms…metal factories provide metal which is used to build & upgrade almost everything in the game while oil pumps provide oil which is used to repair damaged units.

The game does come with a single player campaign in which you can earn extra metal & oil but it’s got a steep difficulty curve & you’re not likely to have the units you need to progress very far without dropping real money into the game or waiting a serious amount of time to earn enough metal.

The real gameplay & fun comes from player vs player battles. These are randomised battles with other users. Matched up based on your own personal level, you deploy your troops & attack their base. Destroy it entirely & you’ll earn big bonuses but beware that the same thing can happen to you!

It’s a lot of fun & it looks great with a stunning, fully realised 3D battlefield. However for all its promises about no build times it reaches crawling pace very quickly. Everything costs too much so you’re constantly having to do PvP battles to try & earn more metal. However even these are limited as you will quickly run out of oil repairing your units after every battle.

Of course you can always sink some real money into the game to buy the premium currency, gold. The cheapest is £3.99 & you get 500 gold for that while the most expensive is an eye-watering £79.99 for 14,000 gold. Gold can prop up a lot of your purchases so you’ll find any amount you have quickly disappears. For example: to level up your command center to level 3, something you need to do to progress the game you would need to spend 480 gold. That’s a hell of a lot of gold.

The thing is, War Commander: Rouge Assault is a good game though. It’s fun, loads very quickly & looks great. The kind of game that you wouldn’t mind buying for a few quid, instead they went with the free to play model & got greedy…as so many do. 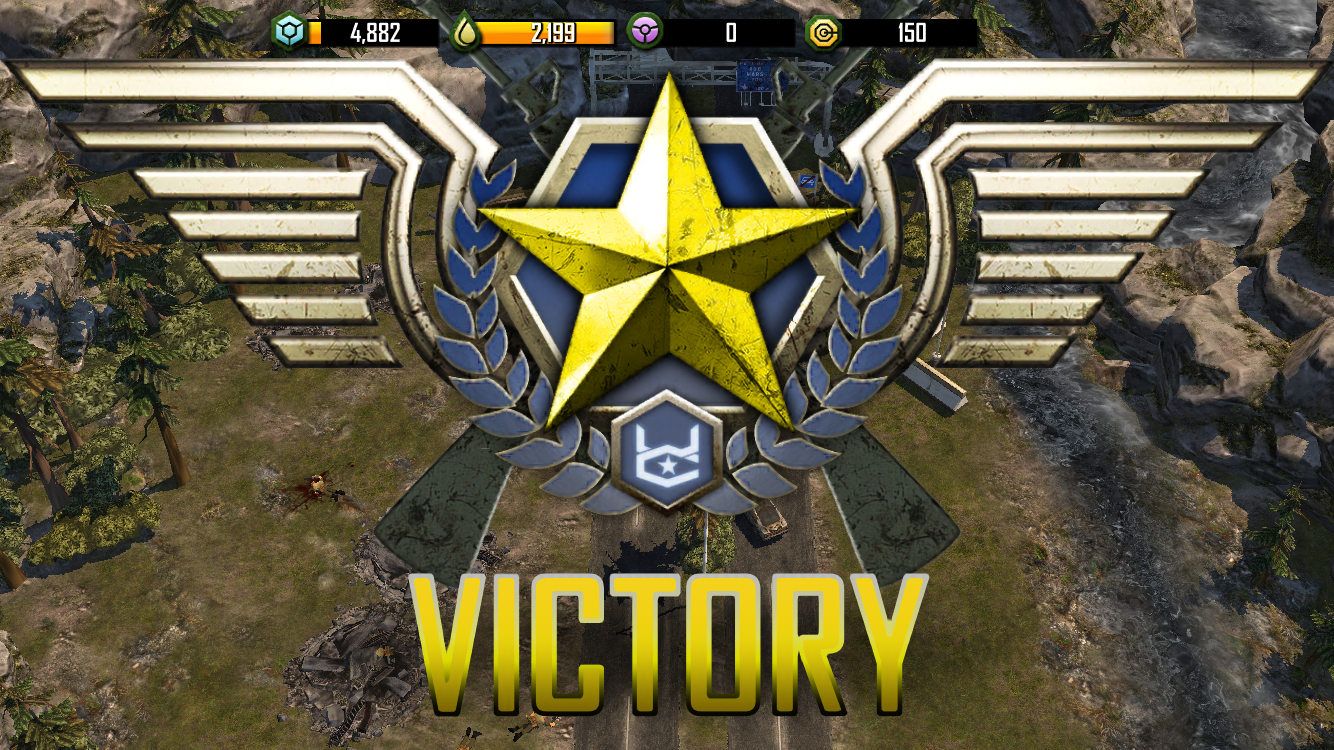