As further proof that the free to play model rarely works in the gamers favour here we have Rayman: Jungle Run from Ubisoft, a developer known for some of the more shameful pay to play practices.

Rayman: Jungle Run is not a free to play game. You pay for it upfront & get a full, rich & fun game in return, a practice that seems to have been lost on both developers & many mobile gamers. That’s not to say it doesn’t have in-app purchases, it does but I’ll get onto those later. 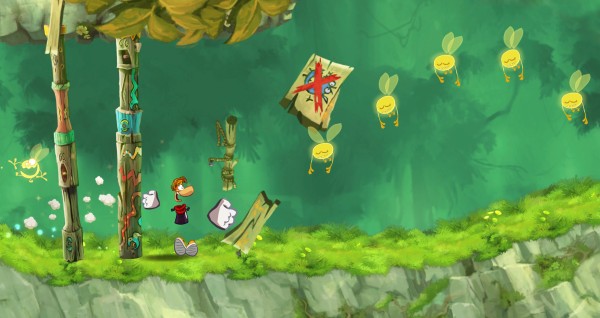 Rayman has had a hell of resurgence in the last few years with both Rayman Origins & Rayman Legends on consoles being really well received. The crossover to mobile was inevitable but the end result better than expected.

Essentially Jungle Run is Rayman Origins condensed with 70 levels to play (originally 40 but the game has received updates that added more). The original 40 are themed around a new ability that Rayman can learn: jump, fly, wall run & punch. 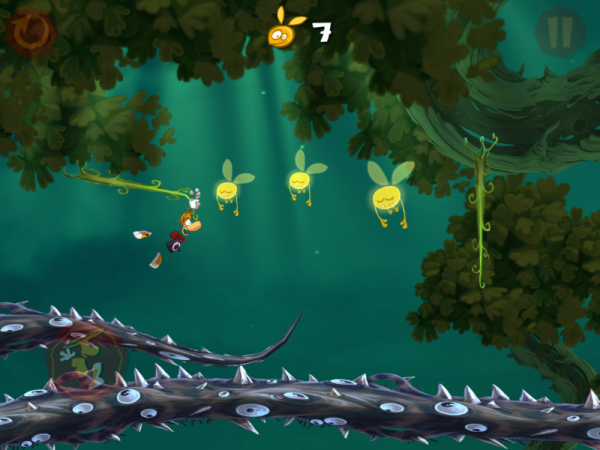 Gameplay sees Rayman running automatically but unlike other ‘runner’ games this one isn’t endless. Instead the goal is to get Rayman to a pre-determined goal while collecting Lums & avoiding the many, many potential opportunities to die.

Levels are quite short with most over within a minute or so. The challenge comes from not only doing it in one complete run (die & you start it again) but also collecting all 100 Lums that are scattered throughout. Collect all 100 Lums & you’ll earn one of Death’s teeth…do this throughout 9 levels of an area & you’ll get access to the 10th & final level, the land of the dead. 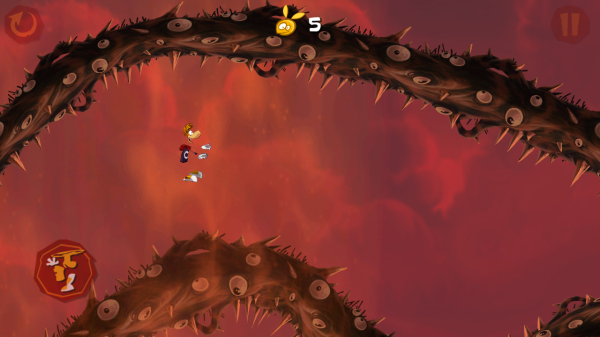 These levels are the ultimate challenge requiring a near perfect run to reach the goal.

The game controls well with jump & punch being on opposite sides of the screen offering easy access to your thumbs. Hovering is a matter of jumping & holding your finger on the screen.

Visually it is as pretty as any other Rayman game with great detail in the levels as well as a nice amount of variety. Musically the game excels as well with well known Rayman tracks accompanying your runs. Some add new levels of intensity but most are quite relaxing. 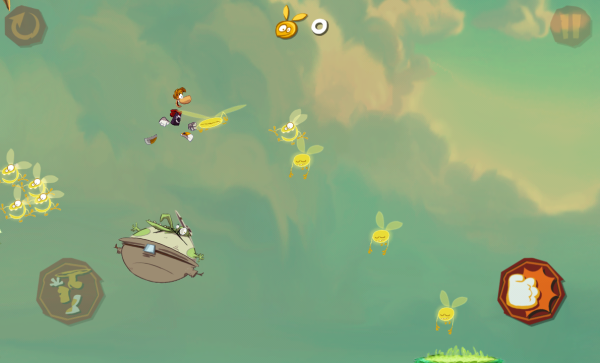 The games in-app purchases are perfectly acceptable too. For those who don’t understand the point of player progression you can pay £1.49 to unlock all levels from the very start while you can also pay 79p to unlock an extra character. This is the kind of in-app purchase I can understand, non-restrictive…there for those who want a little more or those who can’t be bothered to play through the game to unlock the levels.