We have played & reviewed several of their releases on the Xbox One which you can read here.

The first Nightmares from the Deep was a great game telling a wonderful tale of pirate curses & sending the player on an exciting journey to rescue the lead character’s daughter.

This sequel begins in the museum that played such a prominent part in the first game. Sarah, the museum curator is working late when she receives a package from a mysterious stranger. Opening it she finds an artefact inside but before she can find out anything about it the museum is attacked by sword-wielding fish-men. 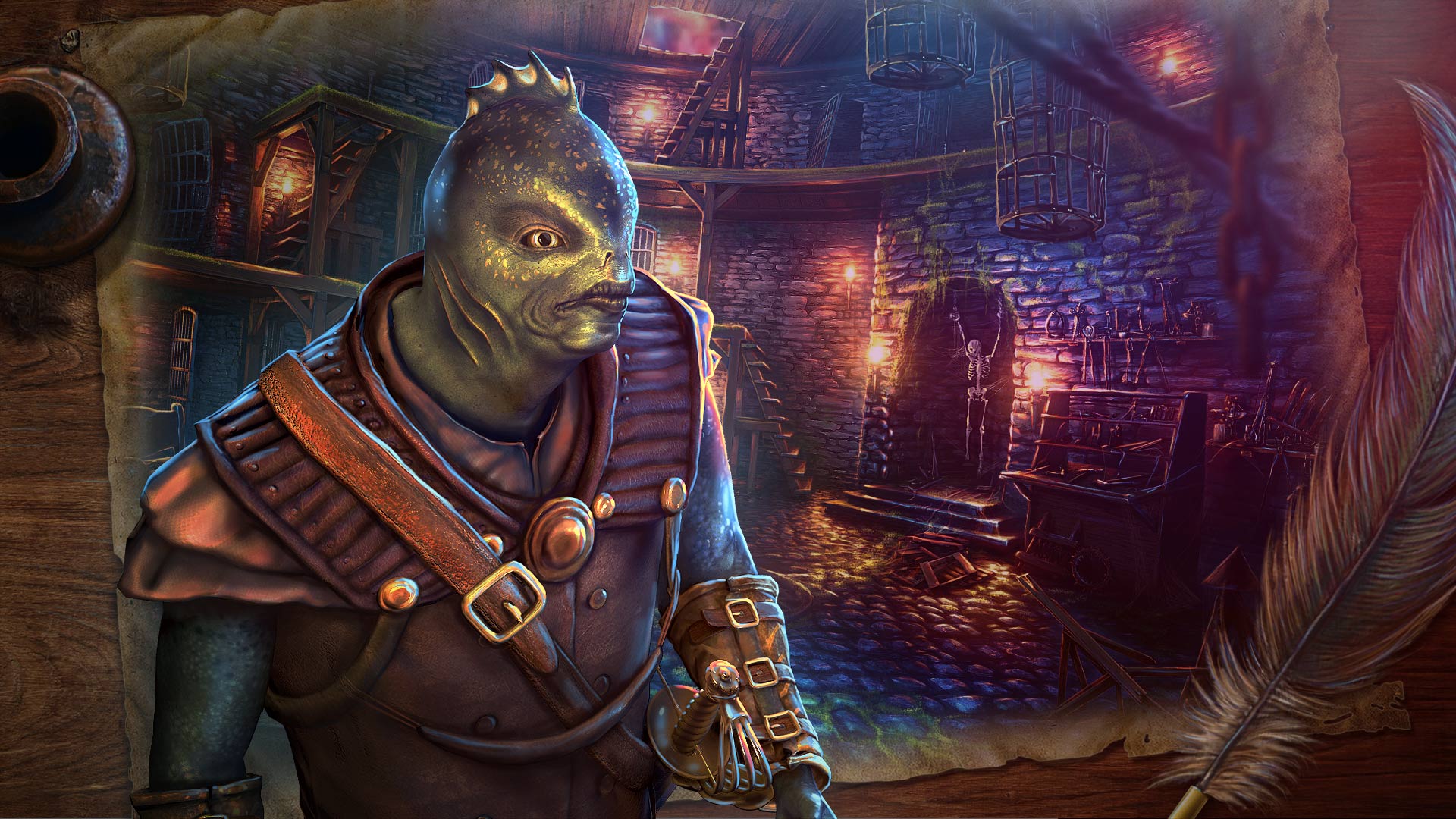 Sarah is knocked out & the artefact is stolen but when she awakes she finds herself in Kingsmouth, a small fishing village under a curse. The people of Kingsmouth are slowly turning into sea monsters under the harsh rule of Mayor Murray, he controls the Kraken ensuring no-one can come or go.

Sarah has to break the curse that has afflicted Kingsmouth but it might mean incurring the wrath of Davy Jones himself!

The Siren’s Call is a game that shows a developer perfecting their craft although it’s not a huge leap forward especially with the gameplay. Played from the first person perspective you move a cursor around the screen & highlight & interact with objects & characters.

You can pick items up & store them in your inventory. All items inevitably have a use meaning there is a lot of back-tracking but with a simple fast travel system it is never a problem.

There are a lot of puzzles to solve but nothing that will leave you stuck for hours on end. One completed puzzles inevitably gifts you with a item that can help progression to the next puzzle. It’s well paced though mixing story elements & hidden object games in between. You never feel like all you’re doing is puzzle solving even though there are quite a few throughout. 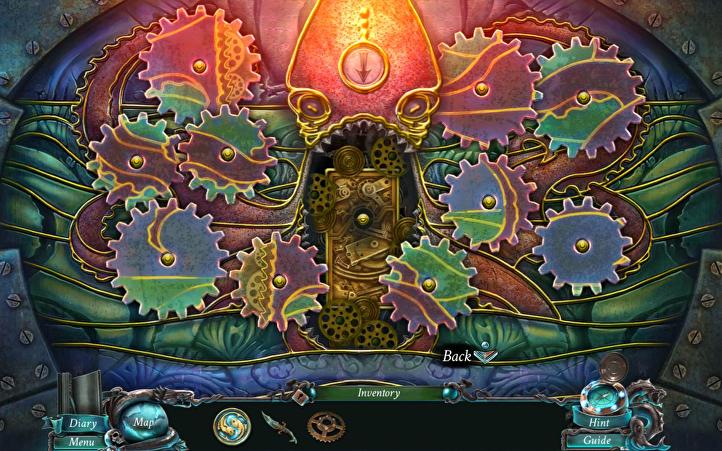 Kingsmouth has a large variety of locations to visit, all wonderful detailed. This is the best looking of the Artifex Mundi games I’ve played so far.

The story is well written, taking a returning character & putting her in a brand new scenario that utilises what she learnt from the first game. If the game is lacking anywhere it’s with the antagonist, Mayor Murray. He isn’t that interesting of a character & never comes across as a viable threat.

The game can be completed in a couple of hours but does come with an bonus chapter The Book of Davy Jones. It’s a short adventure that does add some lovely new locations & fun puzzles. 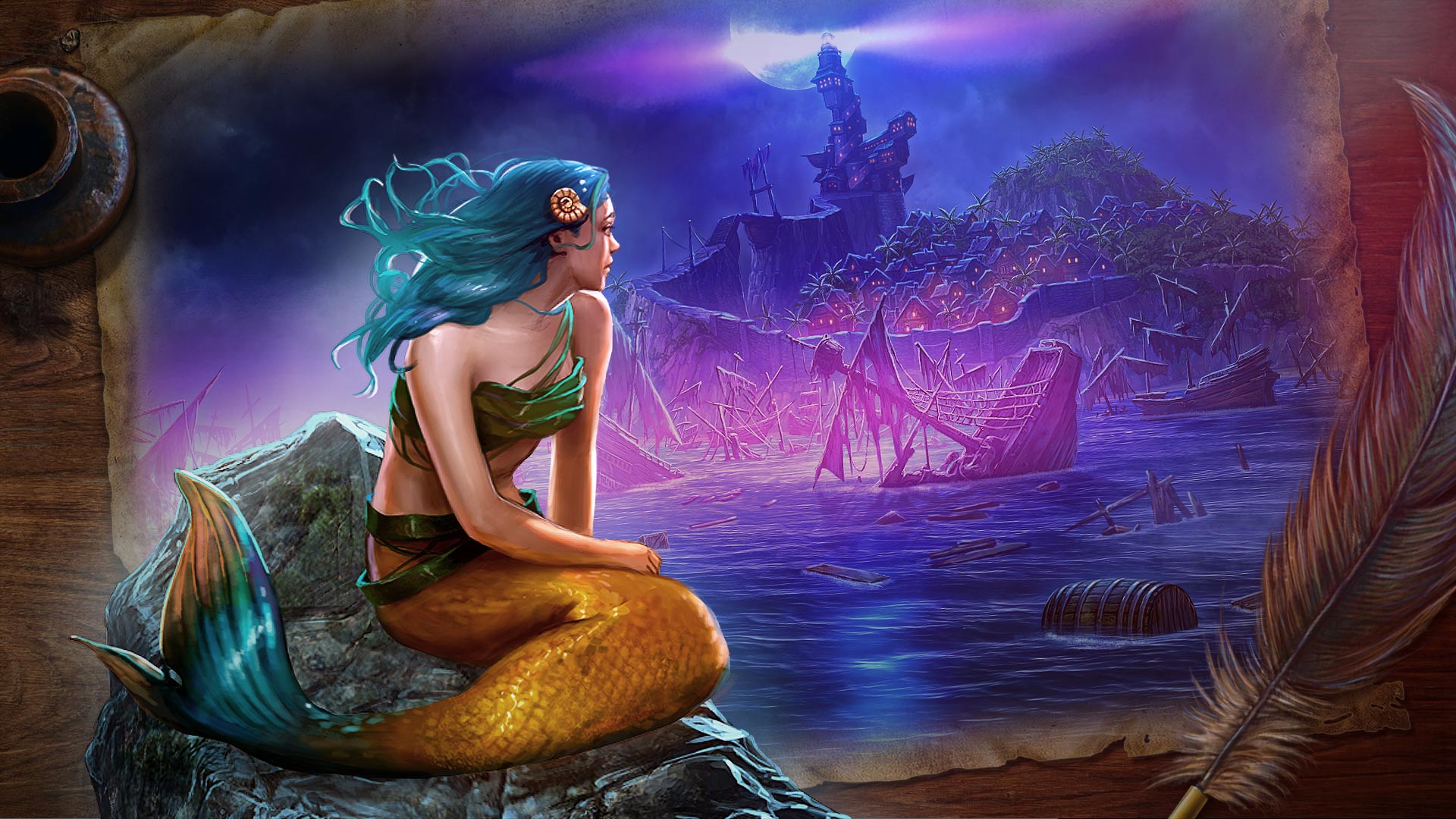 Nightmares From The Deep - The Siren's Call

0 thoughts on “Game Review: Nightmares From The Deep – The Siren’s Call (Xbox One)”