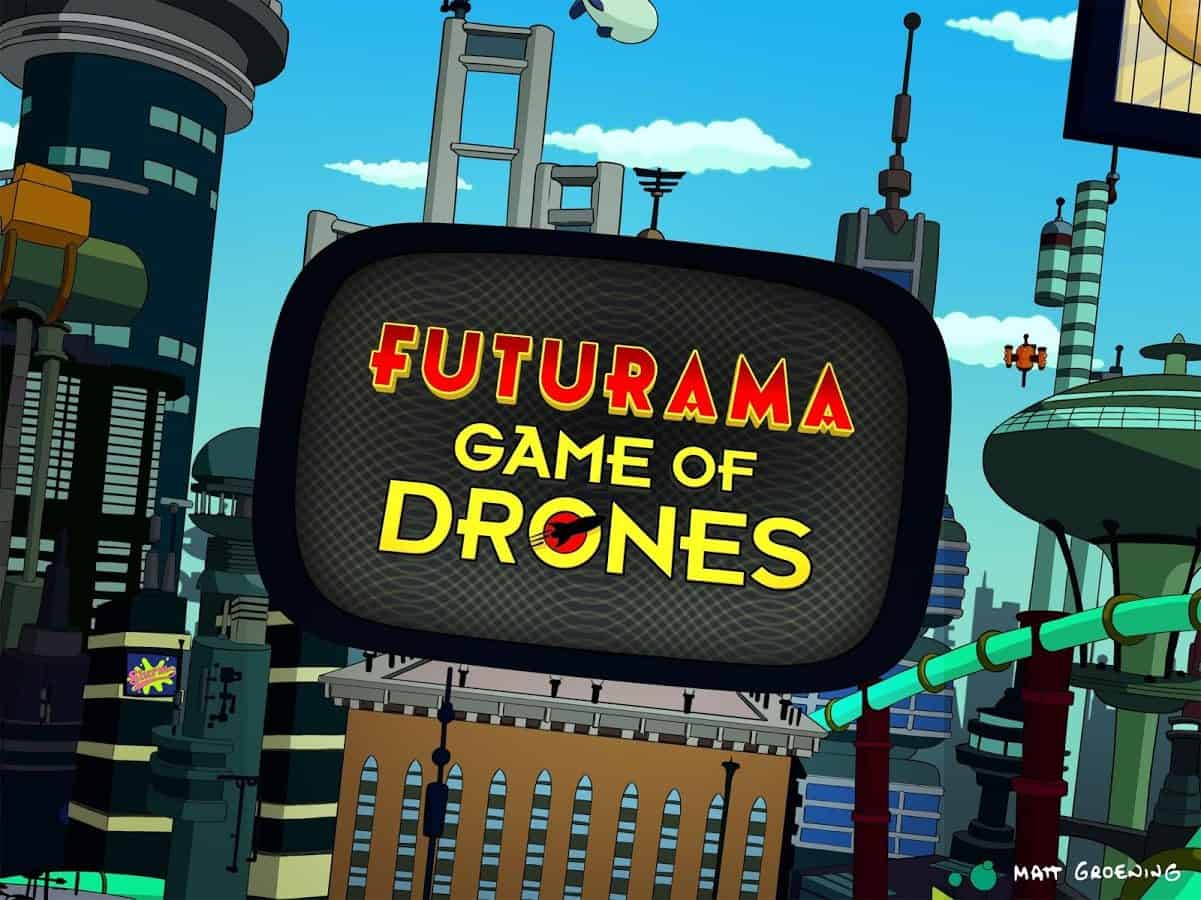 Game of Drones (see what they did there!?) is a match 3 or more game taking the formula made popular by many before it & slapping a Futurama paint job on it.

Unlike many in this sub-genre of mobile gaming Game of Drones tries to create a narrative that plays out across the many, many, many repetitive & luck based levels. 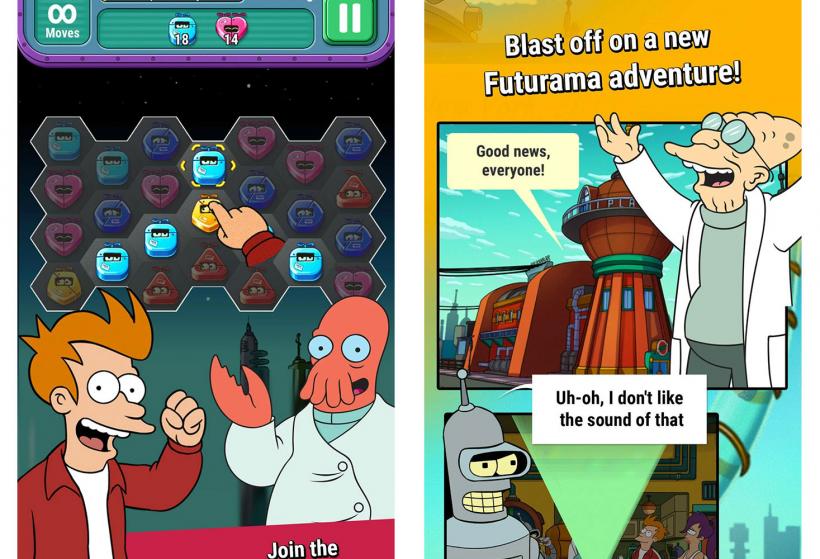 To make the Planet Express crews jobs easier, Professor Farnsworth has invented delivery drones. However the machines aren’t exactly the smartest & need to be grouped together before being delivered. After the first few tutorial levels Mom, the CEO from MomCorp gets involved sending in her own drones to interfere with the crews work.

This just varies the levels up on occasion with the odd boss battle thrown in.

The game is split into 8 chapters with 200 levels…that might seem like a lot for a free to play game but you have to remember that not only does this game have a steep difficulty curve it’s also heavily luck based. 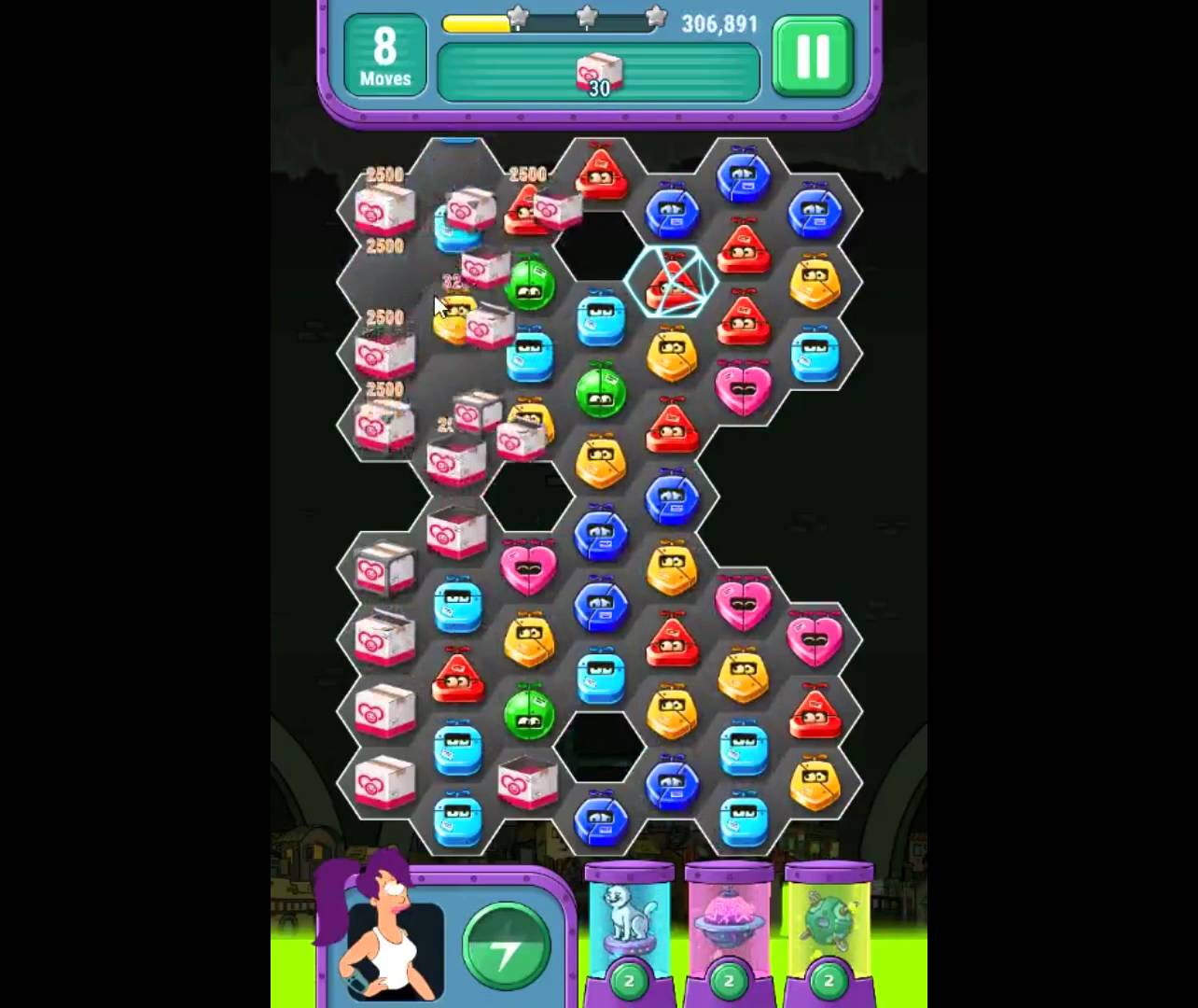 There are few ways each level will play out. Mostly it’s as simple as matching an amount of relevant colours within a certain amount of moves. Other times you’ll have to get a certain amount of items dropped to the bottom. It makes little difference because the game-play is the same each time & really isn’t that much fun.

Like any free to play to game, Futurama: Game of Drones has its fair share of in-app purchases relating to premium content. Unlike most though it doesn’t try & force itself on you too early. In fact it wasn’t until around level 25 that I really noticed they existed.

While that is a good thing I do have to remind you that the game has 200 levels that all follow a very similar formula. 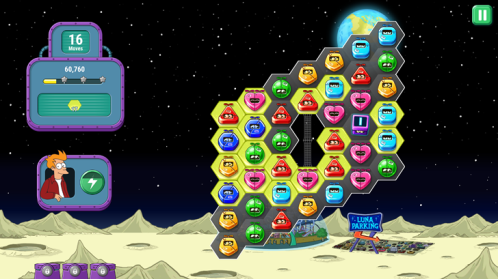 The premium currency are bucks & can be bought in bulk ranging from 100 bucks for 79p to 5000 for £39.99. An example of how cheeky these prices involve buying in level boosters. 3x ‘Doomba’ would set you back 900 bucks. The nearest amount of is 1000 bucks for £7.99…£7.99 for 3 boosters, that is disgusting greed but also incredibly stupid. No-one is going to be dumb enough to pay that kind of money for effectively nothing.

Ultimately Game of Drones offers nothing fresh or interesting in the match 3 category of gaming except making it a match 4 & giving it a Futurama skin.