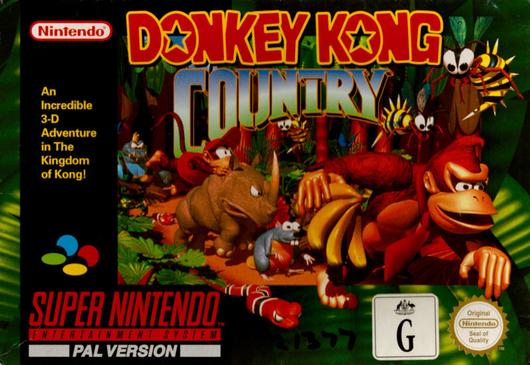 Developed by Rare and published by Nintendo for the SNES, Donkey Kong Country was an incredible success on release and over the years has rightfully taken its place as one of the best games ever made.

A strong statement but one that rings true thanks to excellent platforming gameplay, fantastic visuals and memorable music. Donkey Kong Country is a game that every video-game player has to play. 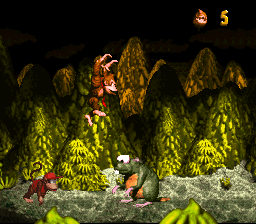 The story is very simple and straight-forward. On a dark and stormy night King K. Rool and his army of Kremlings steal Donkey Kong’s hoard of bananas. Although Diddy Kong was on guard he over-powered and sealed in a barrel. The next morning Donkey Kong discovers the theft, rescues Diddy and the pair set off to get the bananas back. 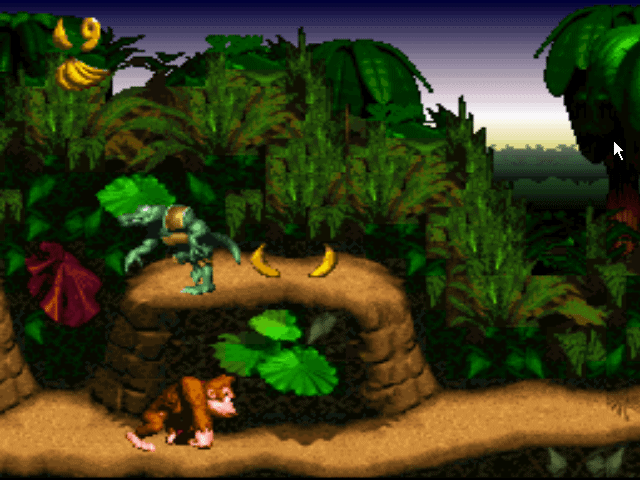 Playing as both Donkey Kong and Diddy Kong, players will have to guide the pair through 40 side-scrolling levels. From jungles to factories to mountains to mines…the variety in levels is excellent. Each one flows and has a difficulty curve that feels fair (except for the mine-cart levels which are exceedingly punishing).

Bonus levels hidden within each stage offer the chance to gain additional lives and work as shortcuts too.

Perhaps one of the most fun things are the levels where you can gain assistance from various animal characters. You can ride a rhino, a swordfish, a frog and many more each offering different types of aid.

Players can switch between Donkey and Diddy with a hit of a button provided they are both available. Each character can only take one hit before being eliminated. Lose Diddy & as long as Donkey is still in play, you can carry on.

Both characters can run, jump and roll but also have different abilities. Donkey Kong being larger can defeat enemies quicker while Diddy is faster and can jump higher, being smaller. Using the right character at the right time can see levels over-come with ease but it’s not an simple game to beat.

That being said, you’ll be having such a great time that having to retry again and again never feels like a slog (except for the mine-cart levels). It’s a very rewarding game and the wonderful pre-rendered 3D graphics hold up so well.

A near flawless platforming experience is capped off with one of the best gaming soundtracks ever. A soundtrack that fits each and every level perfectly. One that will have you humming along and searching for a physical copy to own yourself. It’s that good. 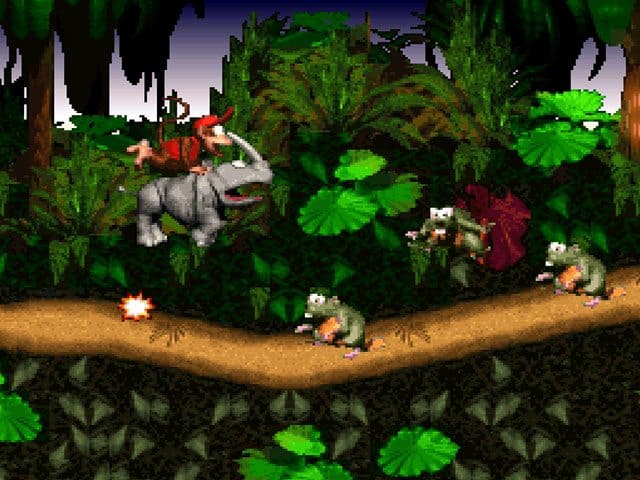 One of the best games ever.