“What’s that saying? Never pick a fight with a man with nothing left to lose. You see bandit? I’m going to show you just how much YOU have left to lose”

Five years have passed since the events of Borderlands, when the four Vault Hunters, Roland, Mordecai, Lilith, and Brick were guided by a mysterious entity known as “The Guardian Angel” on the planet of Pandora to the Vault, a mysterious alien structure that was rumored to hold ancient and exotic technology and riches. Instead, these Vault Hunters were confronted by an alien abomination known as “The Destroyer” inside the Vault. After defeating The Destroyer, a valuable mineral called “Eridium” started flourishing through Pandora’s crust. Handsome Jack, the president of the Hyperion Corporation, secures this new resource and makes use of it to attempt to “bring peace” to the planet. Now, Handsome Jack rules over the inhabitants of Pandora with an iron fist from his massive satellite built in the shape of an “H”, always visible in the sky in front of Pandora’s moon. Meanwhile, rumors of an even larger Vault hidden on Pandora spread across the galaxy, drawing a new group of Vault Hunters to the planet in search of it. 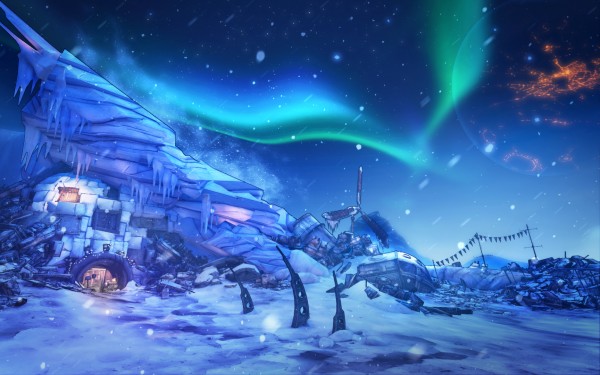 The game continues with many chaotic and challenging side quests and missions. Following a wild ride full of eccentric characters and enemies to be eliminated: all in the name of ending the evil that’s taken hold of Pandora.

Having never played the first Borderlands, I did some research and found Borderlands 2 ’s gameplay to be similar to its predecessor, with a focus on the completion of missions and the collection of randomly-generated “loot” (such as weapons, shields, and other items) with various rarities, statistics, and elemental effects. Four new playable character classes were available on-launch, each with their own unique abilities and skill trees, including: Maya, “the Siren”, can “phaselock” enemies by trapping them in a sphere of energy for a few seconds. She’s the character I chose to play as, which seems a little more of a unique experience because I know she’s not a popular choice. 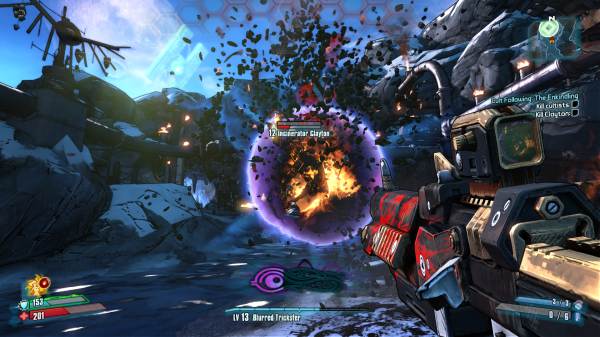 New gameplay elements that were added to Borderlands 2 include a trading system during multiplayer play, slag—a substance that increases damage to targets that are covered in it, new “E-Tech” weaponry, Eridium bars—a new currency for purchasing storage upgrades and other premium items, and the “Secret Stash”—a small storage area for transferring items between characters. Increased character customization options were also made available, with collectable items unlocking different character skins, head designs, and vehicle color schemes. A major addition to the game is the “Badass Rank” system; points are awarded for completing various in-game challenges, which in turn award tokens that can be redeemed to increase the player’s base stats. These stat improvements apply to all of a single player’s characters. 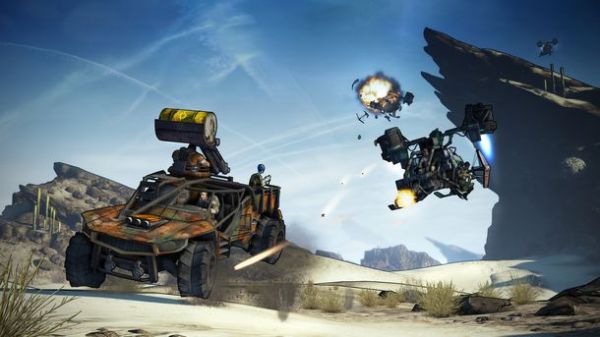 I’ve never played the first Borderlands so I can’t give comparisons, but Borderlands 2 has to be one of my favourite games I’ve played so far. It’s lengthy (in a good way), has lots of challenge and personality, plus the characters are dynamic and fun. I thoroughly enjoyed playing it from start to finish and felt the game got even better as I progressed. Each main mission feels important, and you can feel each victory bringing you closer to Jack. Additionally though, the side missions and Pandora in general is enthralling to explore. It’s a vast, reasonably open world with many challenges to complete and enemies to pursue. I have many favourite sections, it’s so hard to pick just one – if I had to pick one moment in the game that I felt the most satisfied and enjoyed the most then, it would be the final battle. *Spoiler* I felt so accomplished when I’d defeated Jack and then The Warrior, both I found to be tough and it was with total happiness I finally shot a bullet through Jack’s masked face.