On the surface Action Henk appears to be a thoroughly simplistic game but as you delve deeper into the fast paced, bright, colourful toy world that has been created by developer RageSquid you’ll soon discover that there is much more than meets the eye. Action Henk is described as a platformer/racer that follows Henk, an action figure trying to relive his heroic past. Henk used to be fastest of them all back in the 80’s and 90’s, but nowadays there’s not much left of his former glory. He gets challenged by his rival Dr. Kentony, and he’s out to prove that he still has what it takes to be the fastest.

Action Henk may not be for everyone but that doesn’t change how extremely accessible it is for newcomers. It starts you off with a series of tracks that are rated as easy and gradually increases in difficulty as you find yourself getting more and more confident with the mechanics of the game, it’s very well-paced.

There are a number of similar style games on the market that sometimes unfairly depend on luck to succeed, Action Henk is certainly not one of those games. As Henk or one of the many unlockable characters you are given the tools to be the best. Well-crafted mechanics are fair on the player, if you fail to make a jump or screw up a butt-slide then there is no doubt that it is down to the players error and not the game.

Action Henk has a variety of well-designed levels but starts you in an area that sees you running through a bedroom which is strangely reminiscent of one seen in a famous Pixar movie about Toys coming to life. Each area is more fun and colourful than the last until it culminates in a final couple of stages that require an immense amount of skill. 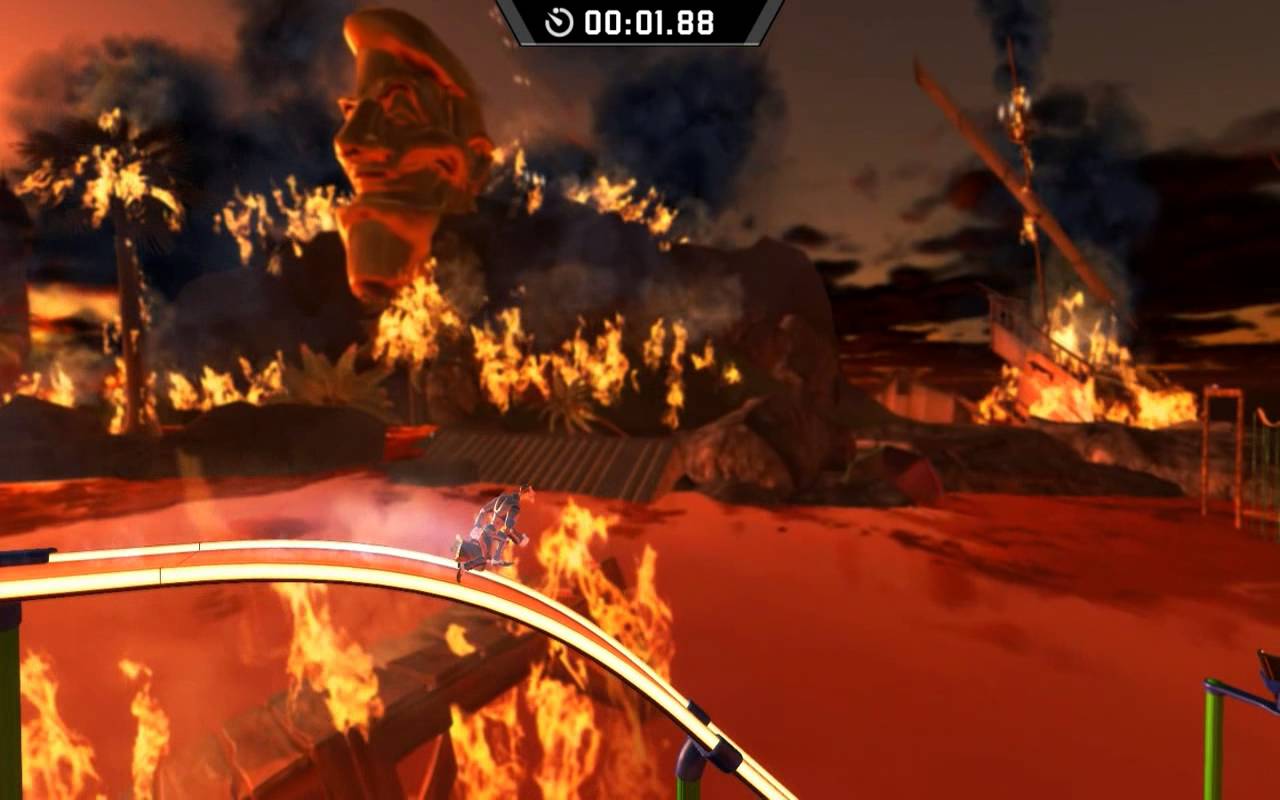 Remember how one of the best things about the early Sonic games was simply racing through the levels at speed and seeing how fast you could make it to the end, well it seems to me that they’ve taken that and created a full game with the same concept in Action Henk. A Sonic game made in this style could be just what the franchise needs but ironically RageSquid may have come closer to crafting a quality Sonic game than SEGA has in nearly 20 years.

As I mentioned above, the later stages of the game are given the difficulty label of insane and rightfully so. Some of these levels took me hours to complete; they require expert timing and the patience of a monk. Even as I failed time and time again I just couldn’t put the controller down, it’s undeniably addictive and replayable. With great difficulty comes great reward, depending on how well you do in each level you’ll be assigned a medal that range from bronze to rainbow; obtaining rainbow in every level is a feat I cannot imagine ever achieving. Getting gold in every level gave me a great feeling of accomplishment, when you succeed it’s because of your skill in the game and nothing more. 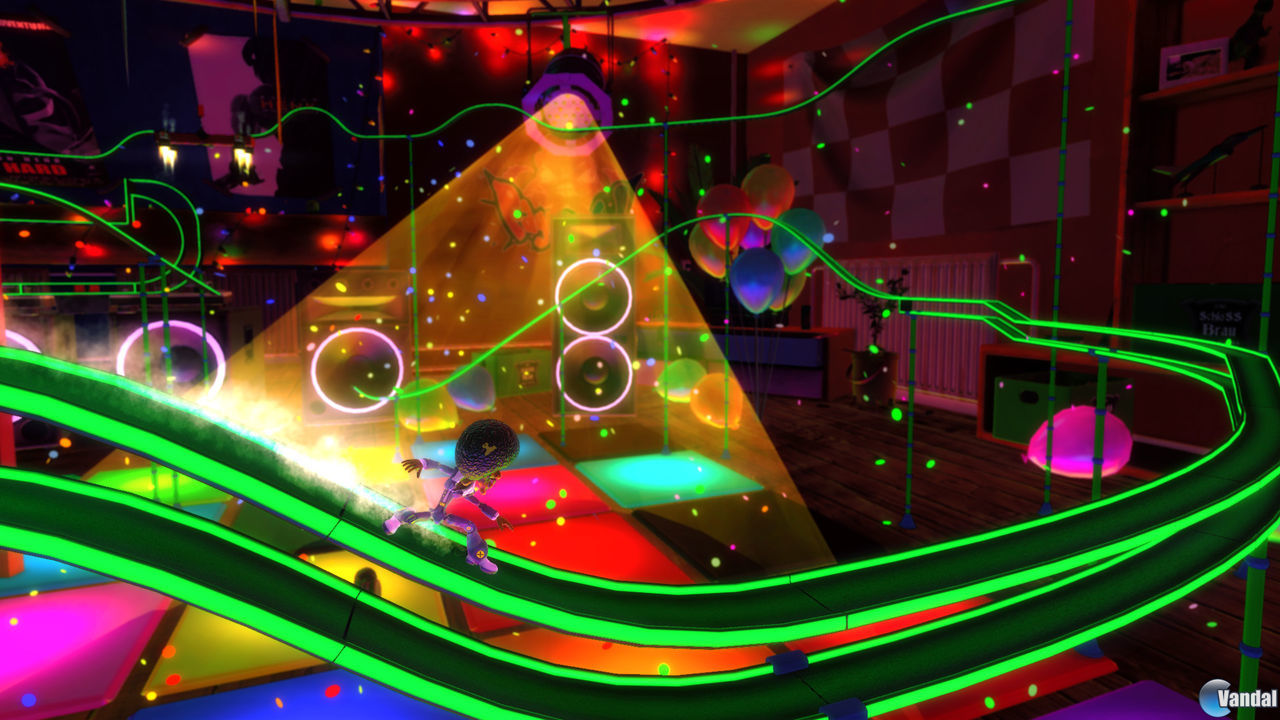 That brings me onto what is in my opinion the two hardest levels in the game, “The Way Of The Ninja” & “90s Henk Redemption”. These two levels alone took me the most time but every attempt got me closer and closer until I finally made it. Beating the A.I. racing alongside you in 90s Henk is one hell of a task and one that has only been accomplished by 29 people (myself included), as of writing this review. Check out the two videos below which show my successful attempts in both levels. 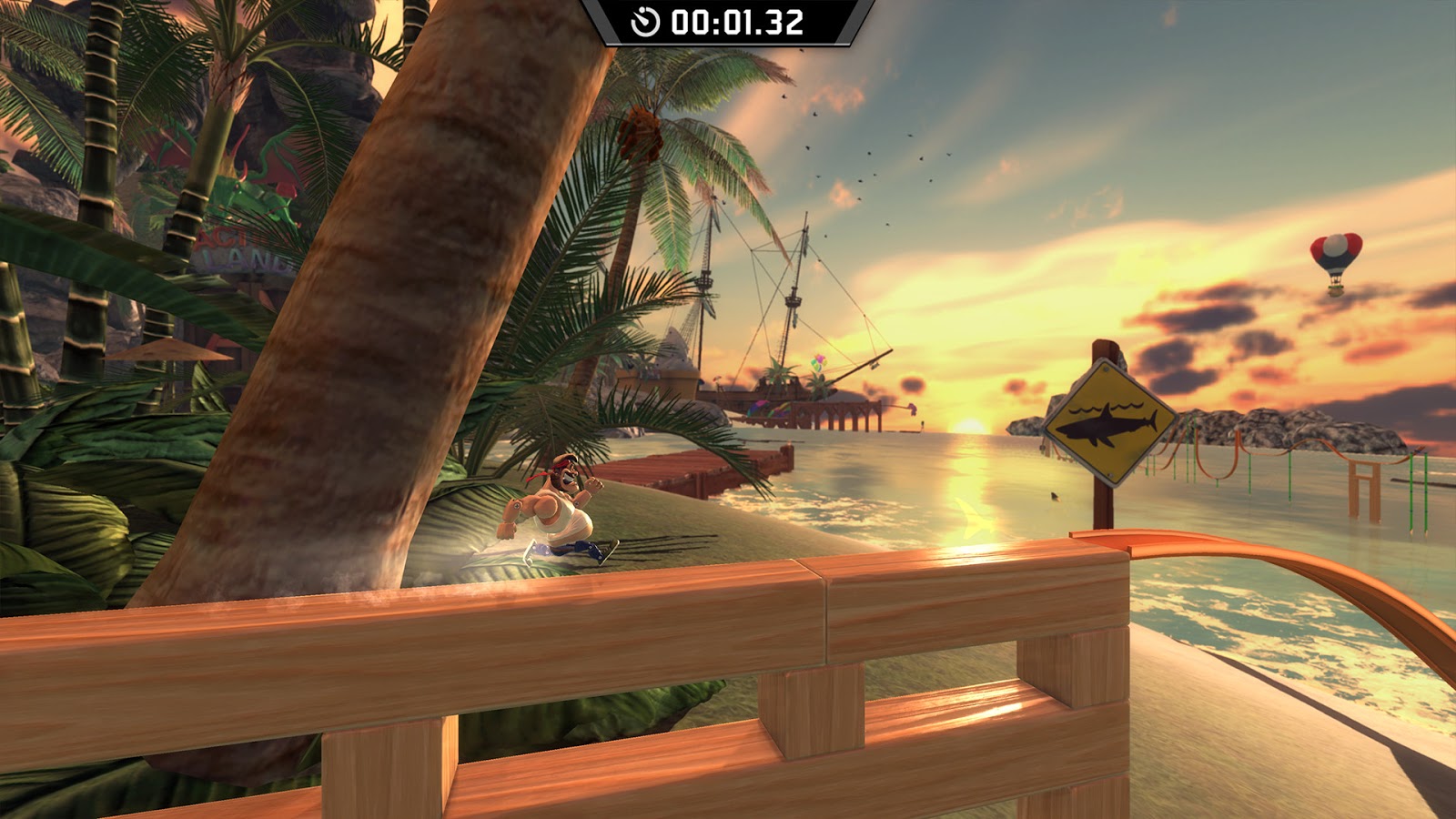 Action Henk is fun, colourful and immensely addictive. At times it requires pixel perfect timing and the reaction times of a ninja but with practice and repetition it can be done. I didn’t find the storyline particularly engrossing but for me this was a game about having fun and it delivered in that regard.