Final Fantasy: The Spirits Within is the biggest videogame movie flop of all time losing millions at the box office because of its high production costs. Most of these costs came from the style of computer animation used, some of the most realistic used at the time.

The year is 2065 & Earth has been devastated by alien life forms known as Phantoms. These creatures have driven humanity to the brink of extinction & forced the survivors in ‘barrier’ cities. The cities are protected by energy barriers that prevent the Phantoms from entering.

Humanity is trying to retake the planet but the Phantoms are a formidable foe with even minor contact causing infection. The Phantoms consume a person’s energy, their ‘Gaia’, killing them instantly. Fighting back just isn’t possible…until now.

Aki Ross & her friend & mentor, Doctor Sid discover eight signature spirits can negate the Phantom energy & destroy them. The only problem is they need to find all eight & the clock is ticking as Aki has been infected by a Phantom.

While searching in the ruins of New York for the 6th spirit Aki runs into trouble from the Phantoms but is rescued by Gray & his squad who take her back to a barrier city. It turns out Gray & Aki had a thing once but it didn’t end well. 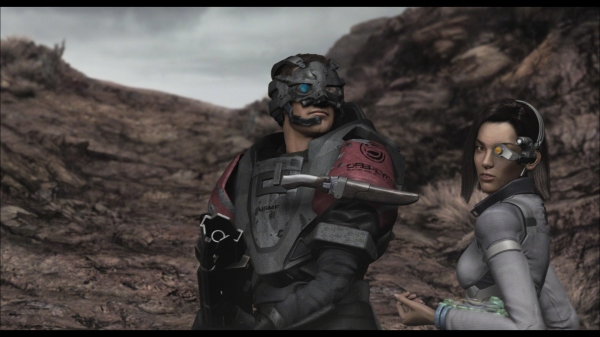 At the barrier city internal politics are causing more problems with General Hein wanting to use a powerful space cannon called ‘Zeus’ to destroy the Phantoms. The cities council is reluctant & turn to Doctor Sid who alongside Aki try to convince them of the damage that the cannon would do to the planets Gaia.

General Hein declares it nonsense & is almost going to get his way so Aki reveals her infection to the council & shows how the 6 spirits they have collected so far are keeping it at bay. Convinced that there might be another way now the council agree to help Aki search for the final 2 spirits & assign Gray & his squad to help her.

However General Hein suspects she is now being controlled by the Phantoms & sets a plan in motion to gain control of the Zeus cannon, a plan that might cost humanity their last chance…

So I’ll make this clear from the start, The Spirits Within is not a bad movie but it is not a Final Fantasy game movie ether. What I mean is that beyond the name & a few minor references (Sid/Cid) there is little to connect this movie with the Final Fantasy series.

I don’t think it was a bad idea to tell a completely different & new story here as that has been the Final Fantasy blueprint for a long time but it needed a lot more to make it feel like a Final Fantasy story. On one hand the movie alienated fans of the game series while on the other it had little to appeal to the general movie fan.

It was a movie unsure of its identity but tried to use its cast of famous voice actors & leading lady (Aki) to sell it. Aki was going to be a big deal & even appeared in Maxim’s 100 sexist women.

Aki is a boring & plain lead…so much was put on her that she buckles under the weight of expectation. The same can be said for her opposite number Gray who is every marine…ever.

The bad-guy, General Hein is probably the only real interesting character & is brought to life wonderfully by James Woods who just has a way about him when he speaks.

Again, the voice acting is actually on form mostly & characters are believable but ultimately Final Fantasy: The Spirits Within is a boring movie. Baring one sequence about halfway through the movie & at the end not a lot happens in between. Other than our main cast there is no reason to care about any of the others even when they are making heroic last stands which seem convoluted & un-necessary.

The ending is such a cop-out & while the Phantoms are pretty spectacular they fail to deliver when it matters. Discovering that it was set on Earth did not help to connect fans with the game series either. 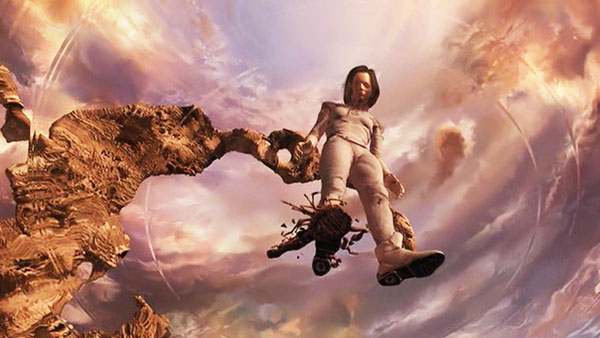 Half-baked ideas used poorly in the end, we should have got more. So much time, effort & money was sunk into how it looked that more important areas (characters) were forgotten about. Disappointing especially now we have Advent Children…

Final Fantasy - The Spirits Within