Every six months the MCM Comic Con rolls back into London and thousands of film, gaming, comics, board games, cosplay and much more make the trip to the Excel Centre for a weekend of fun spent with like-minded individuals.

It doesn’t matter if your preference is anime, blockbuster action, horror, up and coming artists, a chance to pick up rare items in the stalls or sitting in on the many panels that take place. The MCM London Comic Con has something for everybody and while it can be exhausting to see everything, a weekend ticket guarantees you’ll certainly be able to do most of what you want too.

We’ve been a few times and at this latest event we got to see it from a slightly different point of view thanks to our attendance as a member of the press. While we did get to take part in some awesome conference interviews with the likes of Kane Hodder, Linnea Quigley and Tony Todd we also took the time to check out the stands, events and amazing cosplayers. These are five things that we think made this Comic Con the best ever.

Art, Comics and The Creators

The MCM Comic Con always brings in some huge names within the world of art and comics with this year’s showcase being the likes of Frank Miller. However, the real draw for us are the lesser known artists and creators who are there to plug and sell their works. Take a wander through the stalls where you can find all manner of wonderful creations. Talk to the people behind them and help support their vision. This year we came across a number of unique stuff with special mention going to Afterlight Comics and Sarah Gordon. 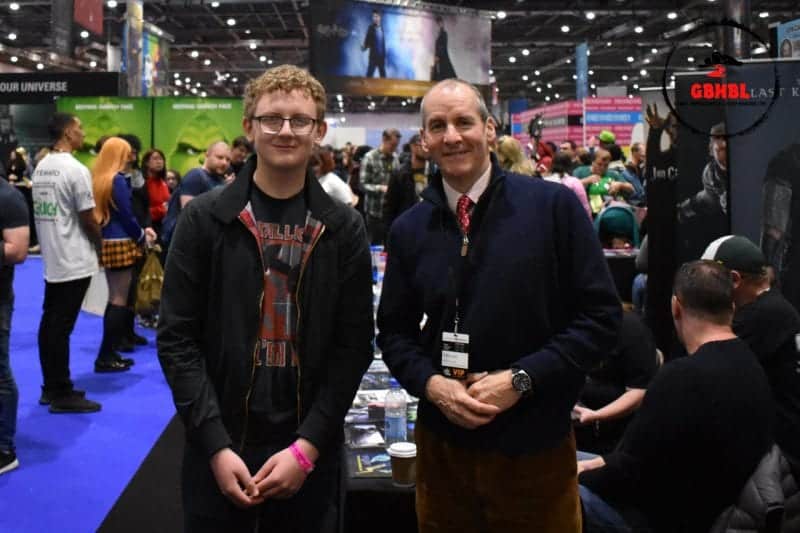 Even with the high-profile cancellation of Dave Bautista, the MCM London Comic Con managed to provide an incredible lit of guests for people to meet. From Avengers actors like Paul Bethany, Harry Potter/Game of Thrones actor David Bradley to horror icons like Tony Todd and Linnea Quigley. The main signing area had many, many entertainers for fans to meet and get signed pictures from. Most reasonably priced too! On a personal level getting to meet and talk to Chris Barrie (Rimmer from Red Dwarf) was special but Linnea Quigley is simply a legend to this horror fan. A woman whose role in Return of the Living Dead helped inspire the creation of Games, Brrraaains & A Head-Banging Life.

The imagination and effort that goes into the many of the attendee’s creations is truly staggering and you can spend hours walking around just admiring the different costumes and outfits. Most cosplayers are happy to take a photo or two as well, just remember to ask first! While there might have been a few too many Deadpool variations wandering around, there were many unique offerings and you can see some of them below.

The ‘For Everyone’ Feel

It’s a family friendly event but that’s not the only thing that makes the MCM Comic Con feel so special. No, it’s incredibly inclusive and everyone is welcome. It is not a place of hate, just a place for fans of the same stuff to come together and feel at home. MCM Comic Con is home for many.

The Panels and Events

It’s not all about wandering around and seeing what you find. The Comic Con also runs scheduled events and panels that you can attend. This year saw a wide variety of things taking place including; the Game of Thrones experience where you could check out some of the props used in the show and have your picture taken sitting on the Iron Throne. An exclusive screening of the new J.J. Abrams horror, Overlord. Play new and upcoming Nintendo Switch releases that included the new Super Smash Bros game. Or even stop and have a massage or maybe a tattoo! So much to do and see!

Make sure you’re there at the next event in May 2019 – go to the MCM London Comic Con website to keep up to date with it!