Joe, a horror movie buff and self-professed thrill seeker is always on the lookout for that rush of adrenaline that only true fear can bring. He’s unemployed but well supported by his wealthy girlfriend Jennifer. The couple have a date night tradition at the weekend and its Joe’s turn to choose the destination so naturally he picks a haunted house. Unimpressed by the scares, Joe is approached by a strange looking man who overhears his disappointment. He gives Joe a business card for a mysterious company called “Fear, Inc.” where they bring fear to life. 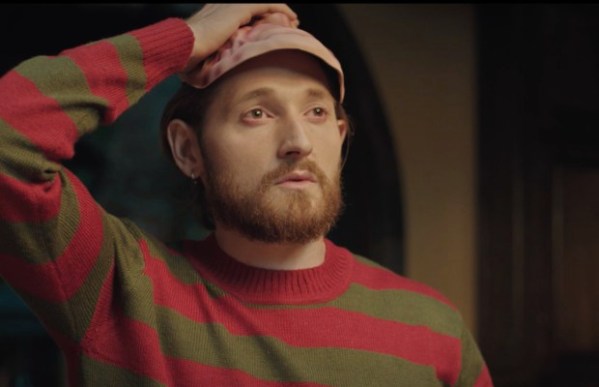 On the way home, Joe noticed that he lost his wallet and phone and concludes the odd man from earlier stole it. Morning comes and Joe’s best friend Ben and his wife Ashleigh arrive at their house for a Halloween party. Joe tells Ben and Ashleigh about the calling card but Ben warns him not to take part of it as someone he knew got seriously hurt because of it. After the night, Joe finds his wallet and phone back in his room with the calling card placed on top of it. Out of curiosity, he calls “Fear, Inc.” only to be informed that their service has sold out.

The next morning, while Ashleigh, Ben and Lindsey are hanging around the pool. Joe’s neighbour Bill warns him about spotting an intruder in Joe’s home. Joe dismisses his warning only to be attacked by a seemingly crazy person. They appear to be doing a pretty decent impression of Jack Nicholson from The Shining.

The police arrive but as nobody else saw the maniac and Joe’s known for playing pranks, the police leave.  After a night of partying, the group arrive back in the house. Suddenly, the television mysteriously turns on showing the news channel. The reporter seems to be reporting in front of Joe’s house and informing that Bill, Ashleigh, Ben and Lindsey were killed by a suspect named Joe Foster. Ben looks outside only to see no reporter was there. The three scold Joe for pulling yet another prank. Joe admits to the three that he called “Fear, Inc.” the other night. Before Ben could shout at him, the lights go out.

The group are then subjected to a series of scenarios based around some well-known horror movie franchises. These range from Friday The 13th to Saw and others in between. It would have been easy to really go over the top with homages but I felt the movie did it in a way that made sense to the story.

The best aspect of the film is that while all of Joe’s friends are terrified about the things that are happening around them, Joe is convinced it’s all simply role-play and therefore not real. His friends want him to call Fear, Inc. & put a stop to the whole thing but the idea of being in a horror movie even if it is simply make believe is something Joe has been waiting his whole life for. Even when he finds bodies or gore he’s convinced it is all part of the game and just a product of great acting and realistic gore effects, it’s quite an original concept.

This is a horror comedy after all. There are a couple of funny moments throughout. My favourite moment has towhen Joe attempts to break the top off a glass bottle. Attempting to create a weapon only to cut his hand to pieces, I laughed out loud at that one.

This film reminded me of Scream with the constant references other horror films. As well as the cliché tropes that go hand in hand with them.

While watching you’ll naturally have thoughts about whether or not what you are seeing is actually real. Or is it a well-executed hoax. There are a bunch of twists and turns that are placed to create doubt within your mind. Unfortunately, these didn’t work very well with me. I haven’t mentioned it until now but the opening of the film didn’t really help when talking about predictability. Also, I know it’s a movie but the feasibility of the whole thing took me out of it slightly. 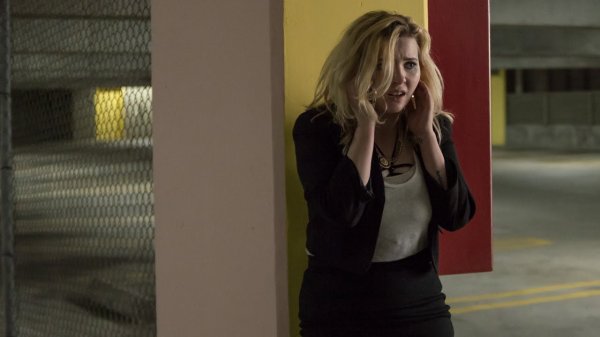 I was pleasantly surprised at how much I enjoyed this, I was entertained and felt fairly invested throughout. It tries a little bit too hard to pay homage at times. Most of the satire falls flat but it’s worth a watch in my eyes. Even if the ending leaves little to be desired.