Horror has blessed the world with a plethora of iconic villains. Freddy Krueger, Pinhead, Jason Voorhees, Michael Myers, Leatherface, the list goes on and on. However, they’re all old school at this point. How’s about some new memorable antagonists? They’ll need a cool name and an original look. What’s this? The Bye Bye man? Okay, the name’s pretty silly but as long as he looks the part! Wait, he’s just an old tall guy in a hooded cloak? Well, let’s hope the rest of the film can make up for it.

In 1969, a mass murder occurs in which a man kills people on his block. As he shoots the neighbours, he continuously asks if anyone spoke about “the name” which cannot be said. Also, he repeats the same thing over and over: “Don’t say it, don’t think it; don’t think it, don’t say it.” 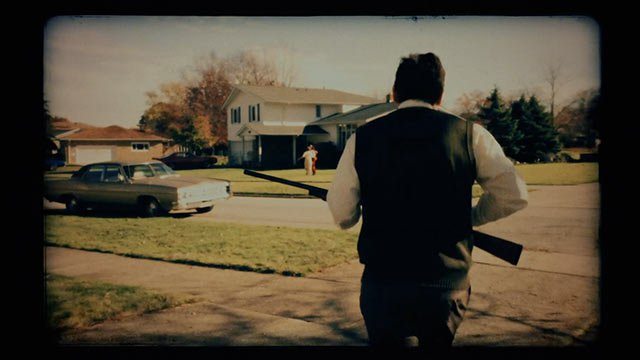 Let me just throw this out there. I absolutely loved the opening part of this movie. It’s intense, shocking and genuinely intriguing. It’s a shame we didn’t get to watch a full film on how that moment came to be.

In present day, Elliot, his girlfriend Sasha, and best friend John move into an off-campus house not far from their college. Soon, mysterious things start to happen, such as Sasha developing a strange cough and Elliot finding coins in a nightstand that continually reappear. Elliot also finds writing consisting of “don’t think it, don’t say it”, and a name: the Bye Bye Man.

They have a house warming party that eventually leads to a séance. What? Isn’t that usually how things go? Their friend Kim senses an evil presence in the house and even utters the name, “The Bye Bye Man”.

Sasha continues to become sick as Elliot and John start experiencing hallucinations and stranger activity. Elliot begins increasingly paranoid/irrational and starts to suspect that Sasha is cheating on him with John. 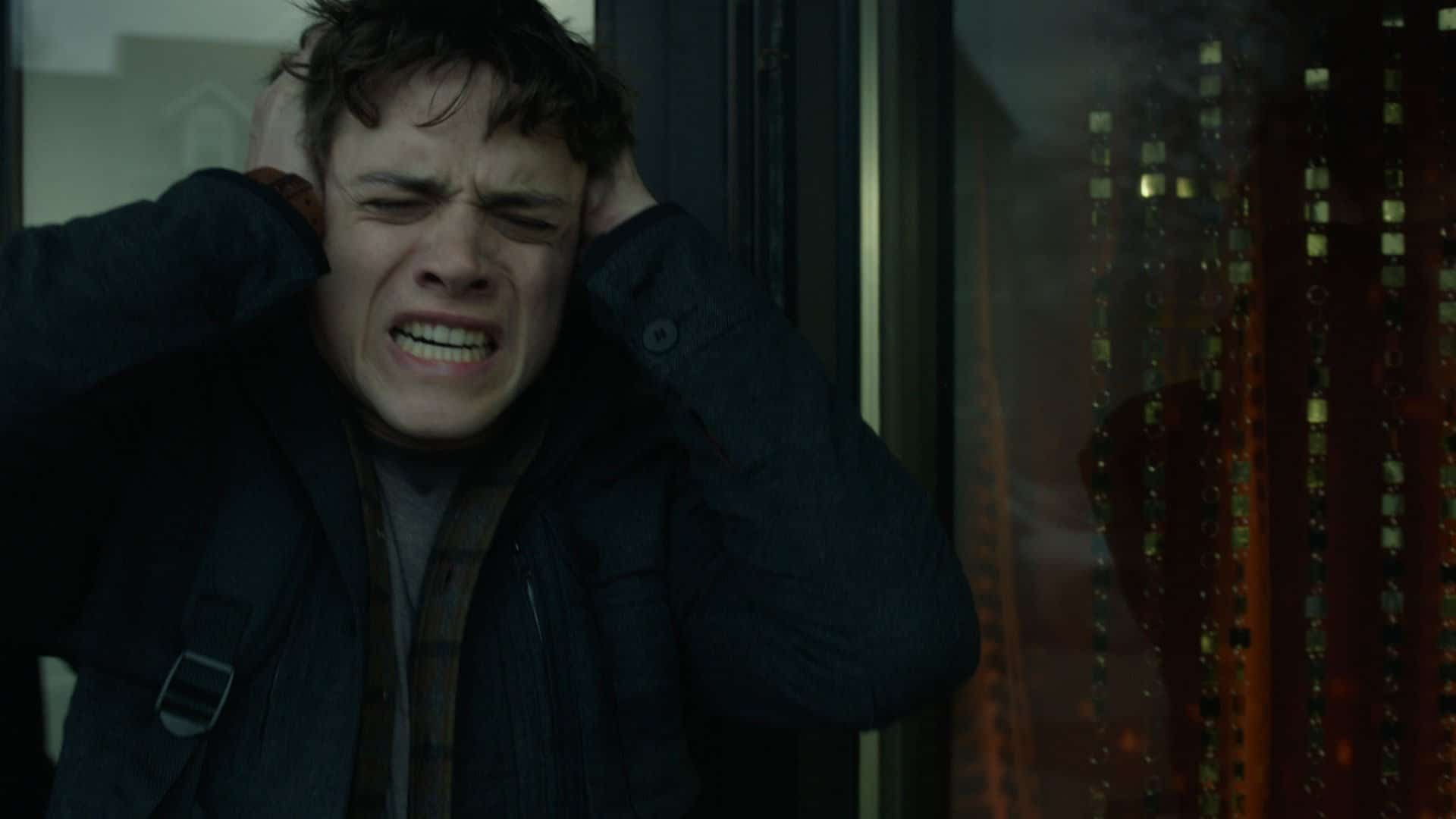 Elliot picks up Kim, hoping her psychic powers might help bring some sense to the situation. While driving, she hallucinates and sees a horrific car wreck involving a family. She pleads with Elliot to stop the car and he does although he cannot see anything. Kim races to scene but as nothing is truly there  is hit by an oncoming train. I liked this aspect of the film but I don’t feel it did a very good job of expanding upon it. Still, it felt a little silly that The Bye Bye Man planned her death around an actual train appearing at that exact moment. 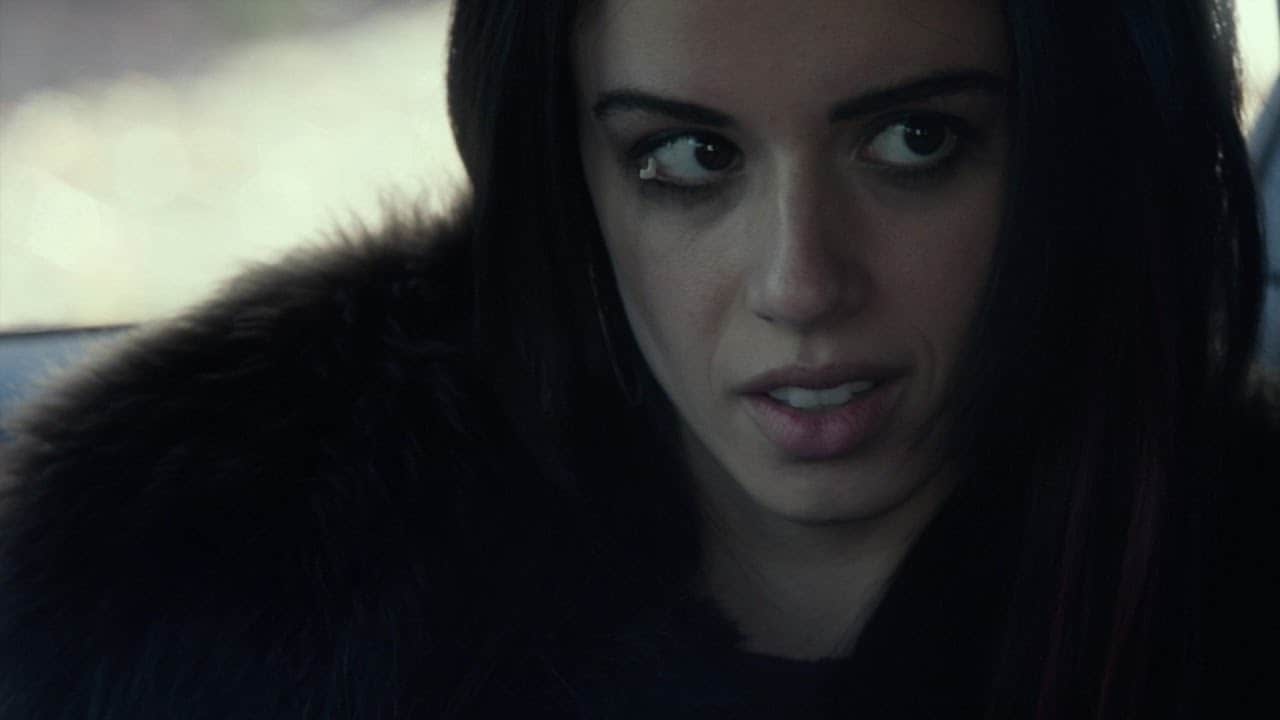 Elliot is taken in for questioning by Detective Shaw, is released when Kim’s suicide note reveals she killed her roommate and was planning on killing Elliot, Sasha, and John.

Will Elliot be able to solve the mystery, save his life and the lives of his friends?

Man, this movie is pretty bad. It’s a shame; I reiterate the fact that I really liked the opening scenes. Even some of the early moments with Elliot and his friends can be quite creepy. It just falls apart after that and it gets worse as it goes on.

Yes, The Bye Bye man is a stupid name. A name that I’m quite certain isn’t explained, unless I missed something. That’s definitely not the only thing this movie is terrible at explaining. “Don’t say it, don’t think it; don’t think it, don’t say it.” Not saying it is the easy part but not thinking it? I just found it a bit far-fetched.

Signs of his coming are coins mysteriously appearing, sounds of a train, and a large, skinless hound. How absolutely random is that? The worst offense is that none of those things are ever explained. Why does he have a demon dog? What’s that about trains? What the hell do the coins mean? I’ve watched the film and I have no idea.

There is zero backstory into whom or what this creature is. All we know is that he is a creepy man with a creepy dog, and that’s it. We don’t know why he’s terrorizing and killing these people, other than the fact that they say his name. The characters are so unlikeable you won’t care anyway.

Also, I thought it showed him far too much. There are scenes when The Bye Bye man and a terrible looking CGI hound are visible in brightly lit rooms. It just killed the creep factor when I realised he truly is just a guy in a hooded cloak. Man, how did they come up with that?

Truly, the worst part of this film is the dialogue and acting. The delivery of certain lines just feels completely off. I felt that the actors are genuinely trying but it just isn’t good, it’s horrendous actually. The lazy explanations combined with the laughable dialogue led to this conclusion. This film is clearly poorly written.

Finally, I can’t put my finger on why but it has a real feeling of cheapness to it. It doesn’t have a huge budget but it’s just weird. The effects are at times, B movie bad. Most of the jump scares are very cheesy.

The Bye Bye man has an interesting concept, I guess. I’m not sure what else to say, it’s just bad. It has a couple of unintentionally hilarious moments. I don’t think its complete trash; there are a couple of decent bits. Seriously though, The Bye Bye man? What were they thinking!?