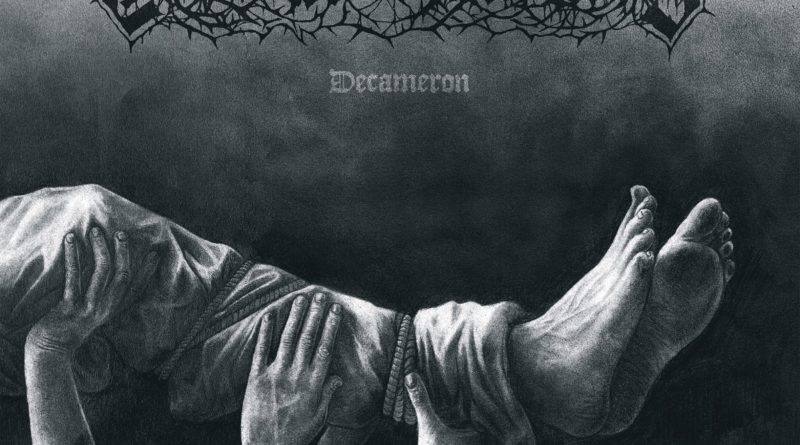 Throne of Heresy will release their ambitious new concept album Decameron on November 3rd 2017 through The Sign Records. The album depicts the horrors of the Black Death in the 14th century. Much like the book it takes its name from, Decameron revolves around 10 stories.

A fascinating subject matter, Decameron is all about getting the mood & ambience right so that the horror can be showcased alongside the destructive power of the blackened metal. Kicking off with the fantastically chaotic The Shores of Issyk-Kul, the unrelenting heavy riffing & bloodying vocals captures the imagination instantly.

Pax Mongolica keeps things short, disjointed but so appealing before blasting fog-horns announce the arrival of the stunning epic Siege of Caffa. The dynamic & sure-footedness of the riffs & melody combine to make a track that absolutely inspires as it soars with atmospheric darkness.

It’s hard not to be impressed by Throne of Heresy’s use of melody throughout Decameron. Whether it be the sorrowfulness of The Plague Ships, the wondrous clean singing on the title track or the subtle nature of the finale, The Pale Burden.

A very thought-provoking & dark trip through an event that is as still horrific as it would have been for those living through it.

You can order the album over on Bandcamp & keep up to date with all Throne of Heresy news by liking their Facebook Page. You can also listen to a few tracks over on MySpace & YouTube.