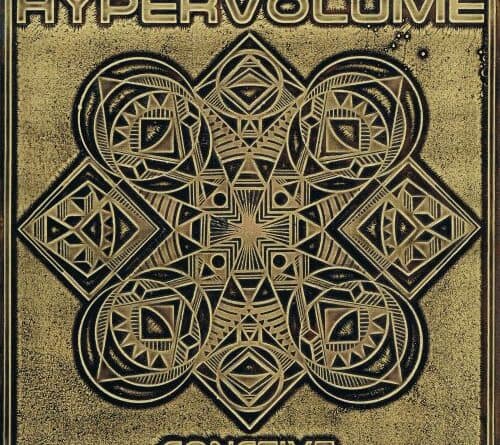 A relatively new act, Hypervolume is an audio experiment conducted by two humans whose talents have been forged in the crucibles of Chicago’s heavy music scene. These expert alchemists blend doom, death, and thrash metal with elements of psychedelia and punk to create a uniquely intense experience.

Their debut album, Conceive will be released on December 4th 2020. 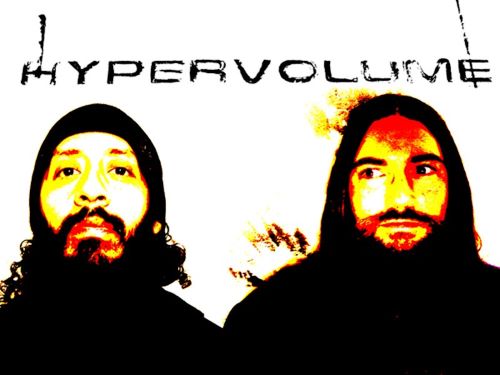 It’s the afore mentioned psychedelia that brings Fire into focus as the guitar and drums build towards an energetic blend of heavier hitting metal. It’s quite a daring start but as will become clear, par for the course with Hypervolume.

Flowing nicely into Orbit, the doomier rhythm, lead by gruff, death infused vocals and thumping fuzzy riffs, is exceptionally interesting. As is the following melody driven Before, the subtle guitar playing balanced by a monotonous drum beat that is heavy on the symbols. Variety is certainly key here as in its final moments, it bursts into life.

Again the flow is perfect as Sun kicks in straight away with a banging drum beat, touch of feedback and chunky bass. It’s incredibly exciting waiting for the eruption and it doesn’t disappoint. The riffs are golden and there’s an extra layer of desperation to the tempo. One of the most thrilling and hard-hitting efforts on the album.

Although, there’s no complaints about the psychedelic flavour of Edge or Tide’s quick roundhouse kick to the head. Two very different efforts from Hypervolume but both equally as class as the other.

Shake the stars off though, it’s time for something weird and wonderful with the penultimate track, Wicked. Where playful but eerie effects play off subtle guitar melody and a simple drum beat for an age. Then without much warning, like a trapdoor opening underneath, you’re dropped into the murky filth below. It’s as heart-stopping as it sounds but once adjusted, Hypervolume deliver yet another groovy head-banger.

Before a more frenzied and certainly more intense approach is taking for the short blast that is the finale of Sea. A kick-ass closer.