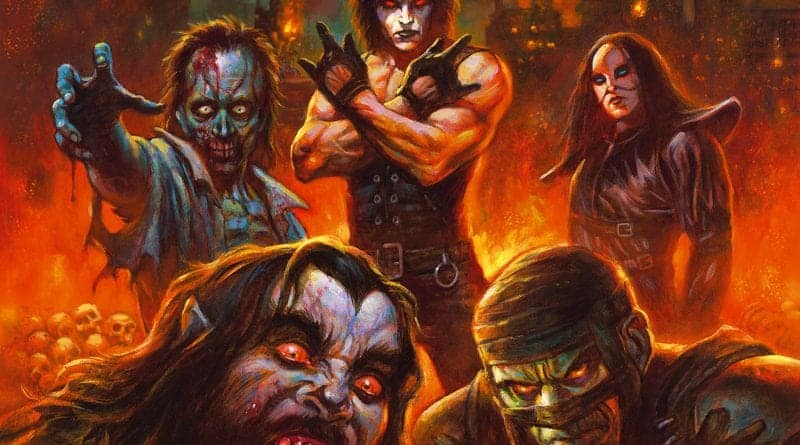 Founded in 1977 in Pesaro, Italy, by figurehead Steve Sylvester together with Paul Chain, Death SS went on to pioneer an entire genre by combining a serious interest in all things occult with the theatrical grandeur of shock rockers like Arthur Brown or Alice Cooper in a distinctly extreme musical context, thus even predating the achievements of King Diamond and Mercyful Fate.

Incomprehensibly, the band never got full recognition apart from the metal underground, and it may well be for this reason that Steve was forced to release its latest album “Rock ‘n’ Roll Armageddon” via his own label Lucifer Rising in 2018. Due to its undeservedly low exposure beyond the group’s devoted fans, High Roller have decided to introduce the record to international audiences.

Although half a decade has passed since predecessor “Resurrection” came out, “the production process for our new full-length was shorter and more direct,” says Sylvester. “All tracks were recorded over a couple of months, which gave more compactness and cohesion to the whole work, making it sound much more live. I create with absolute freedom and no pressure at all.”

With gothic grandness and a dark undertone, the sound of Rock ‘n’ Roll Armageddon rings out. A little bit fun, a little bit tongue in cheek but still a classy and powerful performance. It’s infectious hard rock with the added touch of classic heavy metal riffs and vocals.

After a very gothic start, the horns come out for the roaring hard rock groove of the title track. This is a proper ‘radio-rock’ song if their ever was one with obvious mass appeal. Whereas Hellish Knights has similar catchiness but has a bit more snarl to things and Slaughterhouse is fast-paced riff heavy horror fun.

If you’re not completely sold on the first few tracks then the sultry and slightly sleazy vocals of Creature of the Night and Madness of Love should do it. Both are that little bit darker, that little bit slower but the gothic tinge dialled up quite a bit. The latter is a hell of a foot-tapper.

It’s back to the high energy stuff with the excellent dance-floor anthem of Promised Land, the head-banger that is Zombie Massacre (that guitar solo!) and the ‘fist in the air’ beat of The Fourth Reich. Nothing ground-breaking, just quality hard rocking music for everyone to enjoy.

There is an expectation that it might run out of stream being 13 tracks long and at first, that seems to be the case as the effects at the start of Witches’ Dance fail to impress. Fear not though, as it erupts into a fascinating blend of industrial and hard rock. Death SS nail this sound and it’s really hard to not grin from ear to ear during the choruses.

Having a harmonica show up for Your Life Now, a hard rock ballad, isn’t the most ear-pleasing thing but it’s forgivable enough as it doesn’t dominate. Following that is a Celtic/folk metal harmony of The Glory of the Hawk, another welcome surprise by a band offering consistent surprises.

It’s a real shame that this album would have passed so many people by last year. So it really is great that it is finally going to reach a wider audience. Simply because it is so very good. 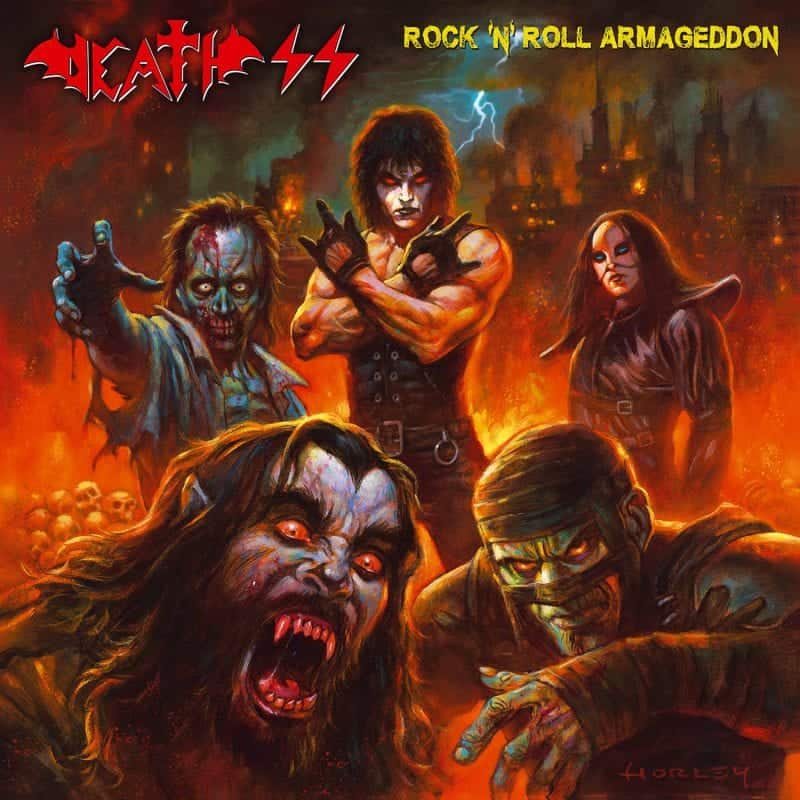