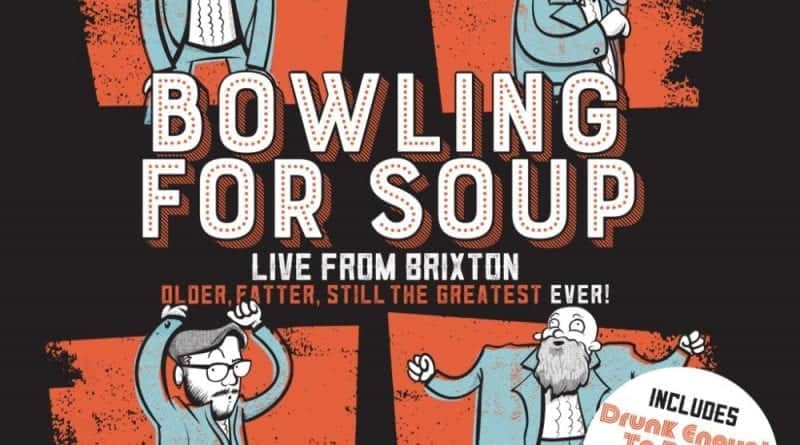 Originally slated for a December 7th 2018 release, the live recording/DVD of one of the biggest nights in Bowling for Soup history will now be released on January 18th 2019. Older, Fatter, Still The Greatest Ever is a recording of the band’s London Brixton Academy show on the 17th February 2018.

We like our live albums to sound like we’re there. It’s one of the most important things we expect when listening to a recording like this. If we wanted perfect renditions of the tracks we’d listen to the albums. Make the crowd live, leave in some of the banter and immerse us in the event.

Bowling for Soup’s Older, Fatter, Still the Greatest Ever: Live from Brixton gets this right. It’s often quite funny as well as having a wonderfully clean sound.

Bowling for Soup should need no introduction. A pop-punk/rock band, they’ve been going since 1994 and have had a consistent line-up since 1998! Made up of Jaret Reddick (lead vocals, guitar), Chris Burney (guitar, backing vocals), Erik Chandler (bass, backing vocals, acoustic guitar), and Gary Wiseman (drums, percussion, backing vocals).

For many of a certain age, play Girl All the Bad Guys Want, 1985 or High School Never Ends and chances are they will know it is Bowling for Soup. Those songs and many, many more are present on what was a triumphant night for the band. It is no easy task to sell out Brixton Academy, one of the biggest non-arena locations in London.

If you were there, then you no doubt have fond memories of the show. Well, almost a year later you can relive them as this live release captures the atmosphere of the show nicely. 24 tracks long with the band’s classic Drunk Enough to Dance played in its entirety. It really is a best of BFS and it will put a smile on your face as they smash their way through the classics.

Then there is plenty of fun crowd interactions, a little bit between the band and even the likes of Today is Gonna be a Great Day, the Theme from Phineas and Ferb. All good fun.

If you’re a Bowling for Soup fan then this is a required purchase. It compliments their back catalogue perfectly and arguably shows they’re just as relevant as ever. 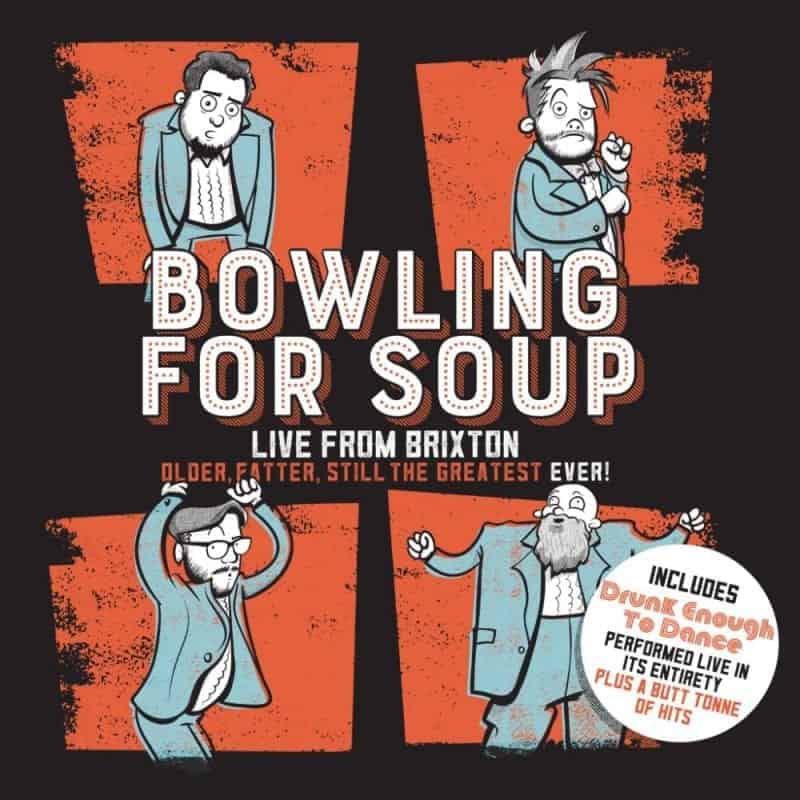 You can order the album/DVD here and it will available via all major streaming services.