Nottingham-based quartet Beyond Grace will release their new album, Seekers on the 7th July 2017. 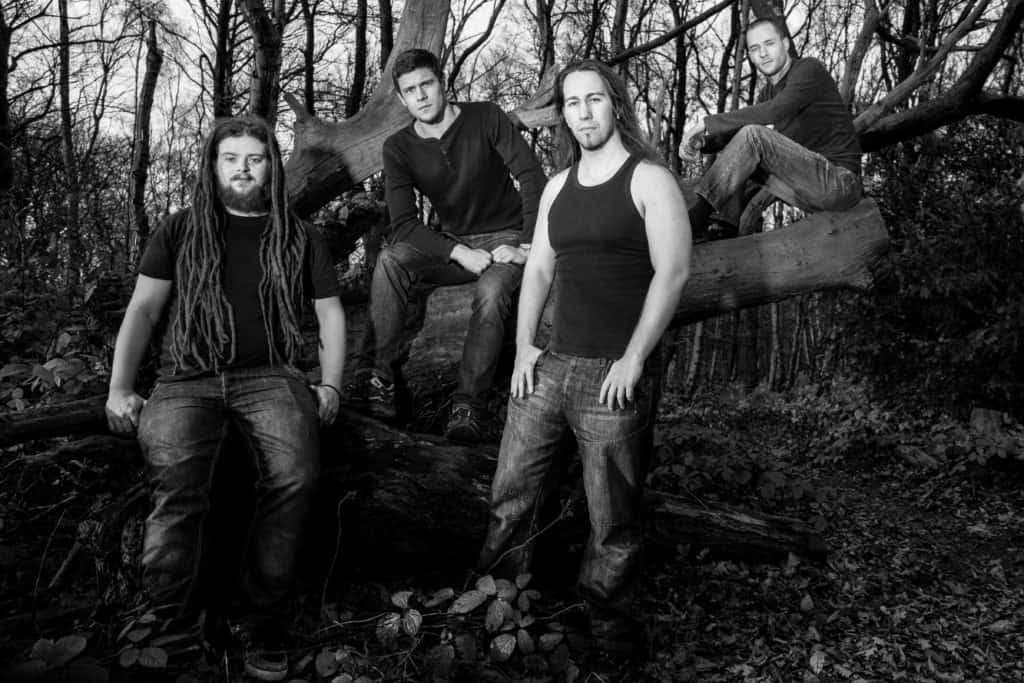 “It’s taken us an unbelievable amount of time to pull this album together. There’s been lots of setbacks and mistakes along the way. Quite a few of them entirely of our own making. But it’s brought us all closer together, made us better musicians, and made us a better band collectively. And that’s what’s most important to us – to be better. Not necessarily in competition with other bands, but for ourselves and on our own terms. To write better, to play better, to keep getting smarter and more creative so we can always be proud of what we do. There’s no room for compromise or half-measures.”

The ferocity that comes out of opening song & album title, Seekers is quite something. Beyond Grace sound pissed off, ready to tear the face off anyone that gets in their way. It’s mind-blastingly heavy but with a really addictive style of rhythm. This isn’t heavy for heavy’s sake.

What it is, is consistently heavy blows to the head while having venom spat in your face. The crushing heaviness never lets up, those looking for a more melodic metal edge should look elsewhere!

Songs like Oracle, Alters (of Avarice) & Demiurge just absolutely slay. A combination of pure aggression; slamming drum beats, brutal riffing & throat-ripping vocals. This is metal that will stick with you long afterwards. It’s almost exhausting in its battering of the senses but you won’t be able to switch off.

Apoptosis adds an exciting thrash/speed metal edge at the midway point before The Etherealist makes a play for being the best song on the album. The drumming here is hypnotic, the rhythm lulling you into a false sense of security before the vocals come up & kick you hard in the crotch.

An incredible album wraps up with Acolytes & Omega Point. The former has a stunningly great guitar solo that will have you dropping to your knees & thanking the gods for heavy metal. While the latter’s melodic opening followed by some shattering drum beats & furious guitar work sees the album go out with a bang.

Bloody incredible piece of work. This level of constant aggression could & should get boring but instead you’ll be hooked from the first riff to the last.

You can order Seekers now over on Bandcamp. You can also find out more about the band on Facebook & Twitter. If you want to hear some of Beyond Grace’s music pop over to YouTube here.

Beyond Grace - Seekers (Self Released)