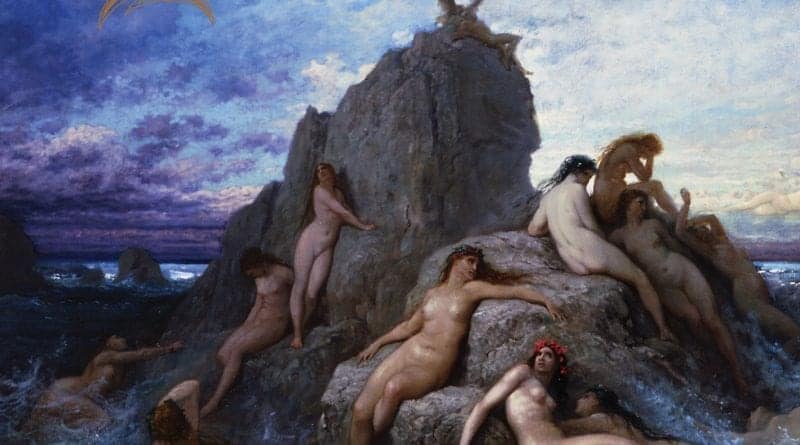 Stygian Dreams, the new album of Finland’s Asphodelus, contains seven songs of sorrowful gothic doom/death metal of the gloomiest kind. The trio’s music formula comprises influences of early Katatonia, Anathema, My Dying Bride and Tiamat, yet keeping a distinctive feature in their sound. The album will be released February 15th 2019 via Terror From Hell Records.

Stygian Dreams is an album to leave you in a bit of a depressed funk as it is so dour and heavy on the mind. Imagine eating a couple of pounds of stale bread…imagine how that would feel in your stomach? Well, that weight is Stygian Dreams and as uncomfortable as it is, your ravenous hunger for the filling feeling it gives makes it worthwhile.

As well as being a hefty slice of doom, it’s also rooted in death metal with harsh vocals and crunchy hooks. The marrying of the pair done perfectly by Asphodelus and showcased immensely on Lamentation of the Lost Soul. An amazing blast of fiery hate and harrowing gloom.

Scent of Venus then creates a rhythmic maelstrom of haunting sounds while continuing the feeling of desolation and despair. Heightened here by more intense vocals that have so much bite.

Asphodelus rarely take a different approach across the album instead peppering tracks with additional elements that give them both a gothic and/or melodic edge. The end result is often thrilling as The Hourglass Infernal and Delusions Ad Astra bring varying levels of tempo, interesting riffs and a touch of the dark.

It’s the latter that Stygian Dreams remains routed in to the point of despair. It’s very enjoyable though and there can be few complaints when we get such intriguing music. The penultimate track, Sleep of Eternity is layered wonderfully beginning with a slow and methodical doomy approach before increasing the pace giving it a harsher and death-infused sound.

Stygian Dreams ends with Where Freezing Spirits Fall, a lengthy and moody finale. A fitting closer to an album that is a considerably downbeat listen.

The album can be picked up here and via Bandcamp here. Find out more and keep up to date with news by liking Asphodelus’ Facebook Page.