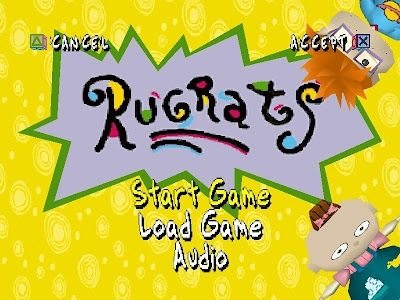 Perhaps one the strangest games I fell in love with during the heights of the Playstation was the game tie-in to the popular Nickelodeon TV series, Rugrats.

Rugrats followed the lives of several toddlers, best friends, Tommy & Chuckie, the twins Phil & Lil & the slightly older & bullying Angelica as they get up to mischief & adventure turning standard experiences into fun & games while the adults remained oblivious.

Rugrats: Search for Reptar sees Tommy (the star of the show) losing his Reptar puzzle & having to play through levels that resemble episodes from the show to find pieces. He won’t have to do it alone though as the whole gang is here including Spike the dog to help him. 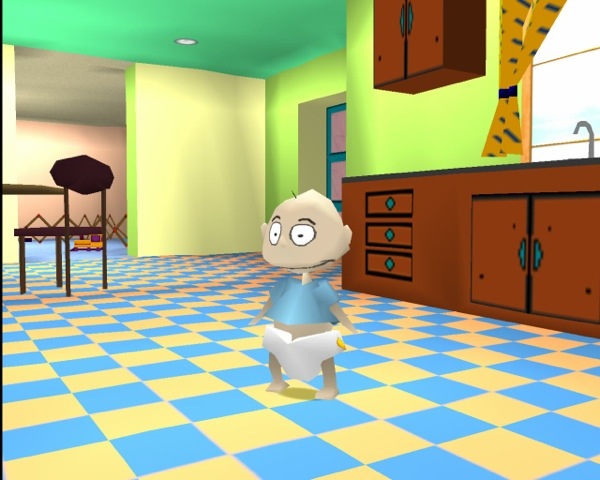 There are 14 levels to choose from with Tommy’s home acting as a hub. The house can be fully explored from the start (although very small) & to enter levels it is a matter of walking up & selecting the item. Levels can be played in any order although tougher levels have to be unlocked first. At the end of each level a piece of the Reptar puzzle will be found.

The aim of the game is to find all Reptar puzzle pieces by collecting them in levels & by finding Reptar bars (15 give you a puzzle piece) then rebuilding the puzzle.

Most of the levels are very simple to finish but there is a surprising amount of variety in them. The level ‘Chuckie’s Glasses’ will see you playing hide and seek with the rest of the kids followed by a race back to the play-pen, The Mysterious Mr. Friend level will see you battling toy clowns in the basement & Mirrorland has you transported to the house where everything is upside & backwards. 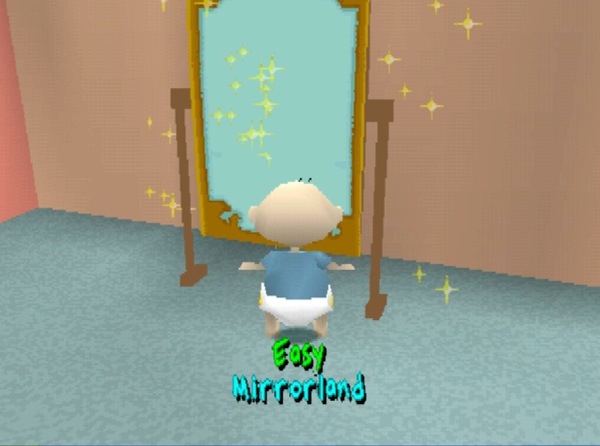 There is even a mini-golf game, races & a final level where you play as a giant Reptar demolishing buildings & breathing fire!

It is very impressive & combined with the brightly coloured levels the game is surprisingly fun to play.

Unfortunately the game is hampered by horrific controls & dodgy camera. Controlling the kids feels really stiff & walking into anything forces them to bounce off over & over again. This is particularly annoying when involved in any kind of race situation as the camera isn’t quick to keep up with you turning to sharply. Often you will turn a corner & be left with an image of the wall you’re behind while you hear the character you’re controlling bump off it. 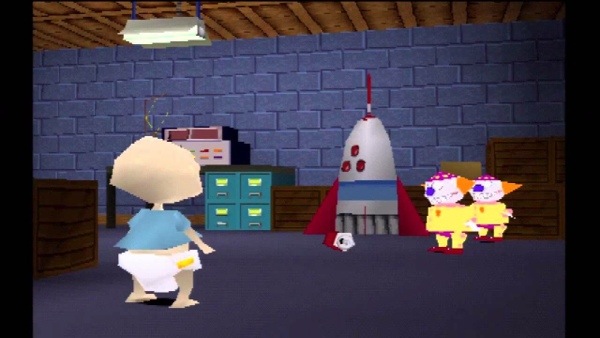 Even though the game is aimed at kids there is no excuse for the poor camera controls evident throughout.

If you are looking for a short, easy & fun game with loads of variety then this is perfect. Don’t let the simplistic look of the game fool you, some of the later levels are quite challenging. The controls are poor, the camera worse & the sound of the toddlers bouncing off things will come to you in your sleep but it is still a fun game to play. In particular the mini-golf which is my favourite part of the game.