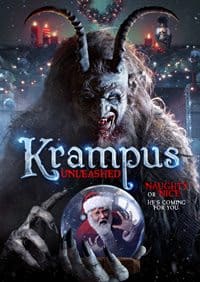 Can you believe it’s that time of year again!? When the slay bells are ringing, fires are burning & Krampus is ripping people’s heads off & feeding on their guts. The horned anti-Santa of folklore has been a bit of mainstay in recent years within the horror genre yet the mythological demon still has plenty of appeal. 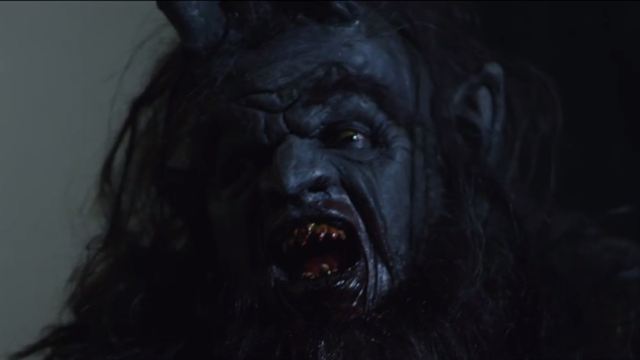 Krampus Unleashed, written & directed by Robert Conway is an indie flick set within a small Southern American town. It opens with some lengthy text scrawl that talks of a German-born outlaw named Eric Klaus who buried his loot deep within the desert & left a warning telling people to stay far away otherwise bad stuff would happen.

Of course, no-one listens to warnings like that so some time later a group of fortune hunters discover what they hope is Klaus’s treasure. Disappointingly for the group, when they open it up they discover no gold or jewels just a black rock. This black rock summons the demonic Krampus who slaughters them in gleefully gory fashion. The last man alive ends up dropping the rock in a lake before Krampus kills him too.

The movie then jumps to modern day showing a family on their way to visit their family. It’s Christmas Eve so a horribly sung version of ‘Let it Snow’ accompanies this opening montage that seems to go on forever. The family is made up of parents Will, Amber, their teenage daughter Fiona & young son Tommy. They bicker about having Christmas in a warm climate but this is a big family get-together alongside Amber’s brother David, his wife Vivian & his creepy, annoying teenage son, Troy. This kid is an arsehole & you’ll instantly want him dead.

The families all meet at their parents’ place where awkward conversations & attempts between the men to one-up each other occur. While waiting for dinner the men, alongside their respective sons, decide to go panning for gold in the local stream. They don’t find gold but they do find…you guessed it, the black stone that summons Krampus. 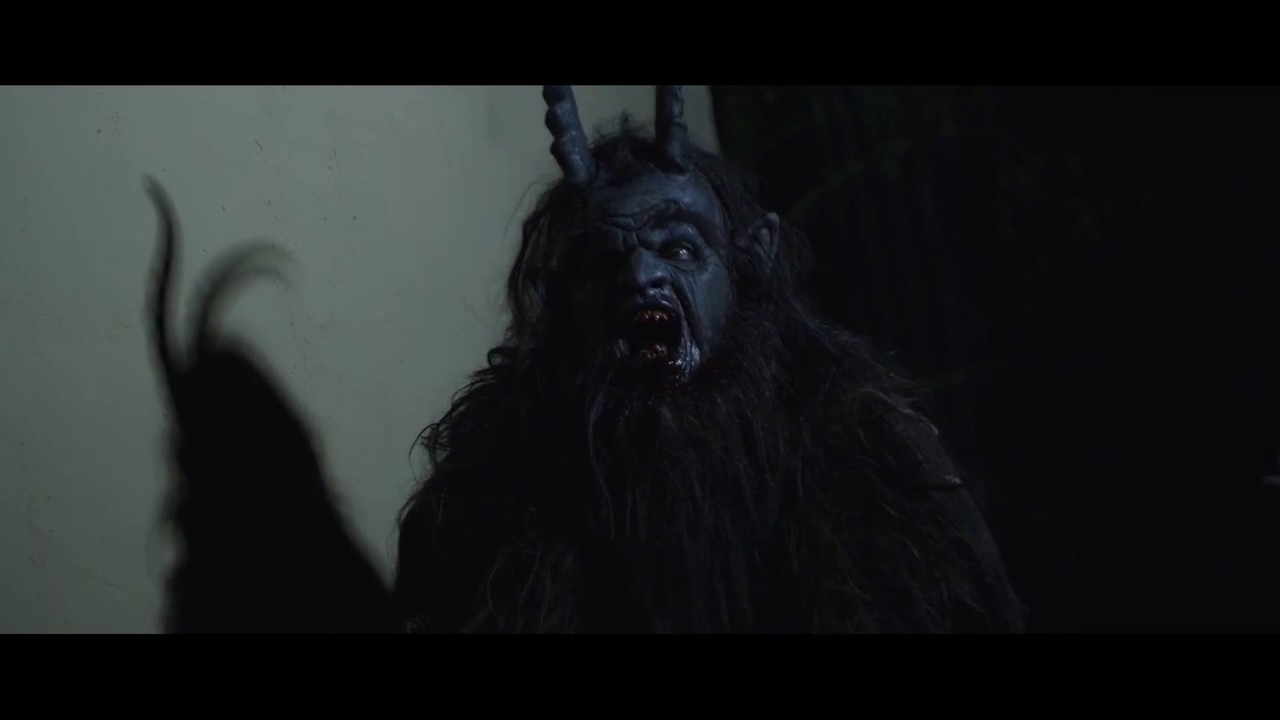 The rest of the movie is glorious slaughter after glorious slaughter. Krampus is an unforgiving demon & kills everything that crosses its path in brutal fashion. These moments are a treat & it’s impossible to not have a smile on your face as an old ladies guts are ripped out.

The run-time is padded by a couple of side-stories regarding two hunters who believe Krampus is a Sasquatch that they can kill. A neighbour whose boyfriend has returned from Christmas (boobs shot) & her ex, a local police officer who can’t quite take the hint.

It’s hardly the most thrilling of stories & the large cast doesn’t give much time for development but you won’t care what happens to any of these characters…well, except for Troy, that fella needed to die!

The acting is mostly solid, no-one has to do anything too difficult & once the awkward bonding scenes are over it vastly improves.

Krampus itself looks great, a full on monster costume that looks slow & heavy but exudes plenty of threat. He literally steals every scene as whenever he turns up, a bloodbath begins. The effects can be a bit hit & miss with some of the amputations causing me to laugh out loud but for the most part it’s graphic & realistic. 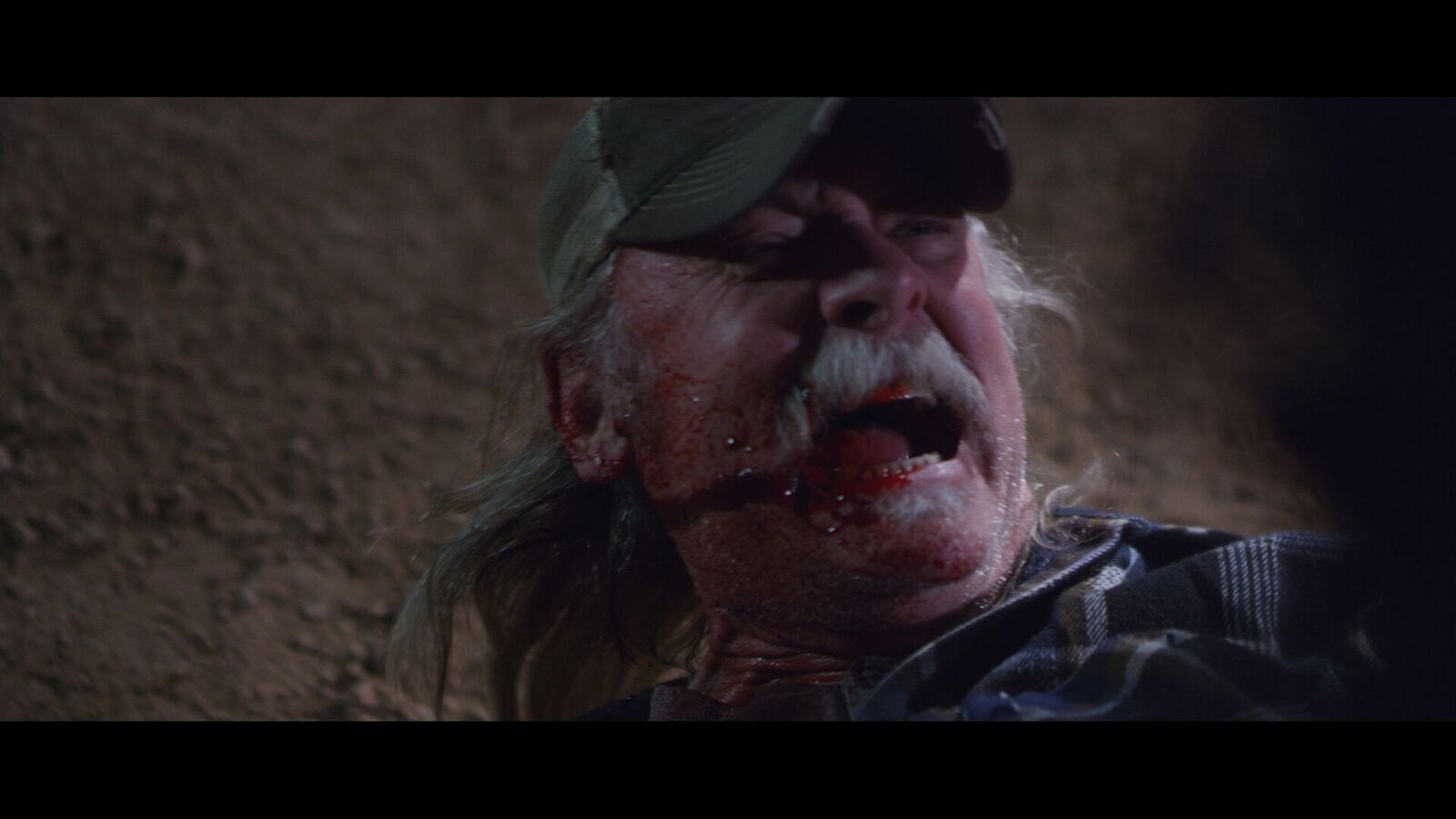 The film is short enough that it never feels like it’s dragging, it’s an entertaining Christmas horror that has a whole bunch of decapitations & guts being ripped out. Just like all family get gatherings end up being like on the 25th December.