The first season of From Dusk Till Dawn was nothing short of an absolute train wreck. Ten episodes that felt like twenty, its attempt at re-telling the story from the film fell way short of quality & what it did change, it changed for the worse.

The most frustrating thing about it though was how much of a missed opportunity it was. From Dusk Till Dawn is a cult favourite with enough ambiguity (provided you ignore the sequels) to the world that expansion was ideal & welcome. The problem was that it chose instead to rethread most of the movie, stretching it into an entire season & dropping the ‘tongue in cheek’ nature.

It was a lost cause from the very start but if you want to know more you can read the review of that season here.

Plenty of people must have enjoyed it though as here we have the second season (with a third coming too). Now free from the shackles of the movie, From Dusk Till Dawn has the chance to finally carve its own path, one that could prove that it is every bit the competent vampire horror or cement the view that it is just a failure of a show.

Season 2 begins months after the season 1 finale with Seth & Richie having gone their separate ways. Richie is with Santanico planning revenge on the nine lords while Seth is with Kate just trying to survive (he is now a heroin addict). 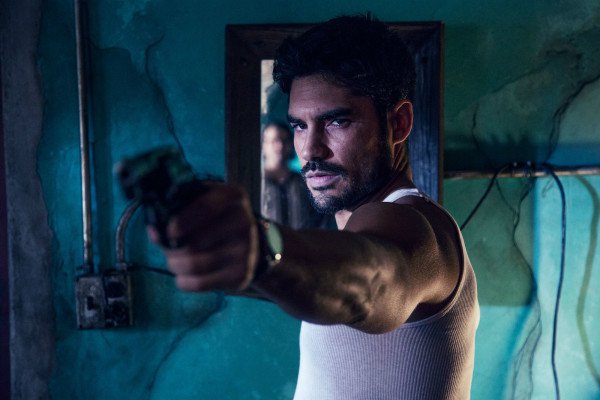 Santanico’s escape has angered the head of the nine; Malvado who resurrects a bounty hunter called the Regulator (played by Danny Trejo) & tells him to hunt down the Gecko brothers.

Meanwhile Carlos has survived & escaped the Labyrinth under the Titty Twister bar. His power is growing & he wants to stake his claim as head of the nine lords. He plans to do this after learning of an ancient ritual that will reveal a well of blood. With this he plans to command the culebra (snake vampires) & take over the nine’s operations.

These plot points are the main stories that make up season 2, the over-arching narrative that begins in episode 1 and ends in episode 10. Initially un-exciting, as the stories grow & expand they become more & more thrilling. There are lots of smaller bits & pieces throughout too, such as Kate wanting to try & save Scott’s soul & his struggle to contain his thirst for blood or Sheriff Gonzalez being dragged back into the culebra & Gecko world. 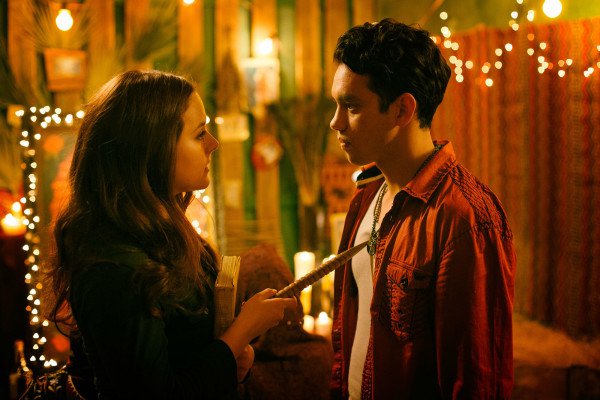 No longer bogged down by having to retell the film, this season’s story excels in many areas. The over-arching stories that tie the brothers up separately to begin with is pretty good even if it takes a few episodes to really get going.

DJ Cotrona & Zane Holtz (Seth & Richie) are far easier to enjoy now they are no longer trying to channel their inner Clooney & Tarantino. The rest of the cast can be a bit hit & miss (Santanico puts me to sleep, she’s so boring) with Kate (Madison Davenport) & Scott (Brandon Soo Hoo) stinking up the screen a few too many times. Their subplot just isn’t that good & she is one of the dumbest characters in the series. 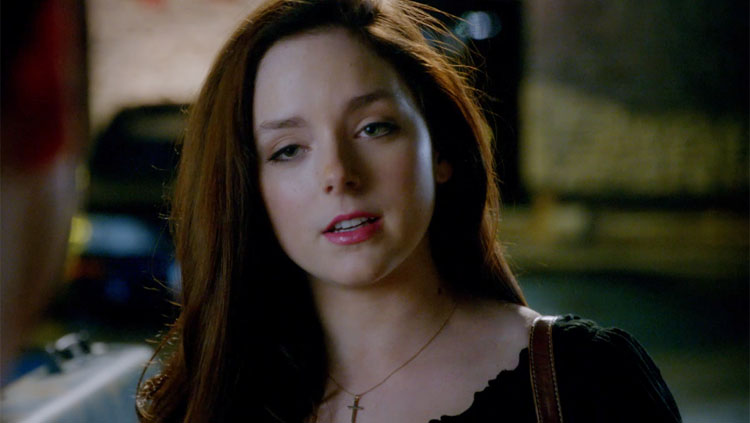 Carlos (Wilmer Valderrama) is easily the most improved character though, moving on from the lusting after Santanico into a much deeper & darker story (that has a few shades of Blade too). He finally gets to look like an imposing enemy, someone who is a real problem, not just for the Geckos & humanity but for the nine lords as well.

It shall be very interesting to see where his character goes in the third season. In fact that can be said about many characters as here there are far bigger developments that promise a much more full on third season.

Being a horror/action show based around vampires you’d expect a certain amount of blood & violence & happily it doesn’t disappoint. It’s never gratuitous but when it flows, it flows in style. Visually the show looks great; the effects are smart & realistic. The snake vampire look didn’t appeal when it first appeared in the first season but it here it looks far less cartoony, more ancient & unique.

There are far more different looking culebra thanks to the inclusion of older & more experienced vampires (such as the nine lords).

Still, for all the improvements made in season 2 there are still plenty of faults too. It’s ten episodes long but could have been 8, maybe less as a couple feel dragged out & filler at best. The very first episode of this season is a chore, one that could see many people switching off thinking it’s not better then the first season.

Characters like Santanico & sex machine really don’t develop much here & neither light up the screen, in fact sex machine seems to only be around to spout exposition.

Seth’s heroin addiction is barely explored & he gets past it far too quickly (it’s never mentioned again afterwards). It’s a silly plot point that is supposed to highlight how he can’t cope without Richie but it doesn’t work at all. Instead all it does is serve as reminder that From Dusk Till Dawn‘s pacing can often be all over the place.

Here, in one episode you can get enough action, enough thrills & story to last several episodes while in others, you don’t even get enough to sustain half the episode you’re currently watching.

Overall though From Dusk Till Dawn: Season 2 is a vast improvement over the first, admittedly a task that really wasn’t going to be that difficult. If they continue this progression we might have a near perfect season in a few years time!

From Dusk Till Dawn - Season 2

0 thoughts on “TV Series Review: From Dusk Till Dawn – Season 2”