For every Michael Myers there is a Brenda Bates, for every Freddy Kruger there is a Jack Frost. Horror movies are littered with bad villains & this top 10 lists the worst of the bunch. Now bear in mind these all come from horror movies I’ve seen. Things like the man-eating bed from Death Bed: The Bed That Eats & the killer lift from The Lift didn’t make this list because I’ve never seen them (although I really want to now).

A few honourable mentions that just don’t make this top include:

The black smoke/mist from The House on Haunted Hill remake.
Abbott Hayes the zombie from Children of the Living Dead.
Space Jason from Jason X.
The Vampire from A Girl Walks Home Alone At Night.
Smiley from Smiley.

The film about mutant slugs…it is incredibly entertaining with some really memorable gory moments. The only problem are the slugs…they are just slugs with an sudden appetite for human flesh, slow & easily killed. There really isn’t a whole lot of threat coming from them.

In a bad remake filled with many poorly done moments the famous tree sequence stands out as the worst. A horrible looking CGI tree bursting through the window of the house trying to get at the boy with its branch –like hands all so we can have momentary 3D moment as the hand comes towards the screen. That the tree from the original that was released 33 years earlier was scarier tells you just how rubbish this is.

What’s not terrifying about ancient Egyptian beliefs & the work that went into the creating of pyramids? Now imagine finding one that was buried under the ground as if they didn’t want it to be found. Terrifying & mysterious…what could be inside? How about a horrible looking CGI big dog that struggles to deal with a group of cats. Now I’m not going to slam the villain of the original, there is a lot of fun to be had with the tongue in nature style of the movies. No, this is for the reboot where they take the silly, fun Leprechaun & turn it into a wild animal that doesn’t talk & spends most of the movie shrouded in darkness. The Leprechaun of this movie is just so bland & boring.

Pennywise as played by the glorious Tim Curry is a revelation throughout, I have no complaints & consider him the highlight of an over-rated movie however the creatures spider form that it takes at the finale is possibly the most disappointing movie villain of all time. What the hell was that & how easy was it to kill?

Everything is perfectly fine until you get to see the creature & see that it is clearly a person in a bad rubber suit. Perfectly fine in the 60s/70s but in 2010 I expect so much better.

4 – Ben Willis (I Know What You Did Last Summer & sequels) 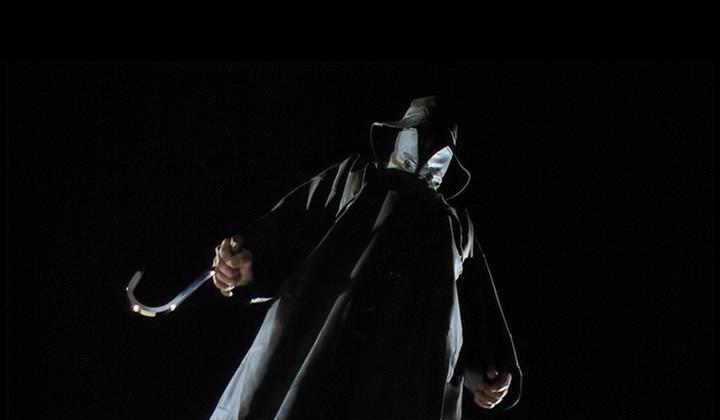 The worst slasher villain of a bad bunch, his motivations are sketchy at best & even more confusing come the sequel. The reveal in the first is very disappointing as the character is uninteresting but the dude really knows how to harbour a grudge!

That’s all I need to say. Oh except “GARBAGE DAY!”

Another villain that promised so much yet failed to deliver. The early parts of a mysterious figure watching & following sets your imagination racing but this is what you get. If the git can fly & pick people off the ground with ease why on earth is it driving around a beat up van?

At least in the original you could enjoy the tiny terror being voiced by Gary Busey but that’s not the case in the following movies. You’ll rarely hear me suggest that any horror villain is stupid; I even like Jack Frost but the gingerdead man is so bloody stupid. He’s a pint-sized baked good yet manages to take out numerous adults throughout the movies while wielding all kinds of weapons!