The year is 1994, Nintendo had the SNES and SEGA had the Saturn both still going strong without any real competition. The industry was craving something new, something revolutionary, something next-gen. Sony had a lot to compete with at the time and yet they were about to release a true powerhouse, its name being the PlayStation. By March 31, 2005, the PlayStation and PS one had shipped a combined total of 102.49 million units, becoming the first video game console to sell 100 million units.

Sony’s first Playstation is the best games console that’s ever existed. This is of course very much my opinion as we all have a favourite console for different reasons but there does seem to be a constant among people when choosing a favourite. The constant being that when most people think about their favourite video game system it’s usually the one that brings back the fondest memories or memories that make us feel the most nostalgic.

For me it was the console that I truly grew up with, I played many of the classics from SEGA & Nintendo and I have some very fond memories that I have both companies’ respective consoles to thank for but next to the PlayStation and all of the variety it had to offer they just couldn’t compare. I played countless hours running scared through corridors as Chris Redfield giving me my first taste of survival horror. I spent days, wielding swords and vanquishing enemies through the landscapes of Nosgoth as Kain; I led entire armies into battle against the brotherhood of NOD and cried with Otacon as sniper wolf lay bleeding in the snow.

The PS1 does exactly those things so I thought I’d share my opinion on the best games that appeared on the console. The only rule is that I can only choose one game per series; I can’t choose Resident Evil 1, 2 and 3. Also, I won’t really be commenting on why I loved these games because it would take a while to explain, instead I’ll just give some information about each title.

Warcraft II: The Dark Saga was the console version of Warcraft II: Tides of Darkness and is a fantasy-themed real-time strategy game published by Blizzard Entertainment.

Players must collect resources, and produce buildings and units in order to defeat an opponent in combat on the ground, in the air and in some maps at sea. The more advanced combat units are produced at the same buildings as the basic units but also need the assistance of other buildings. 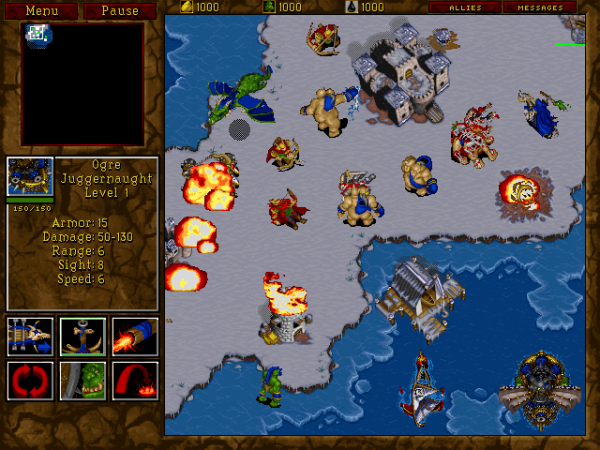 The Human Town Hall and Orc Great Hall produce basic workers that dig gold from mines and chop wood from forests and then deliver them to their Halls. Players can also construct Shipyards, which can produce both combat ships and Oil Tankers. Tankers build construction offshore Oil Platforms and then deliver the oil to buildings on the shoreline. As all three resources become exhausted during the game, players must use them efficiently if there is to be any hope of winning. 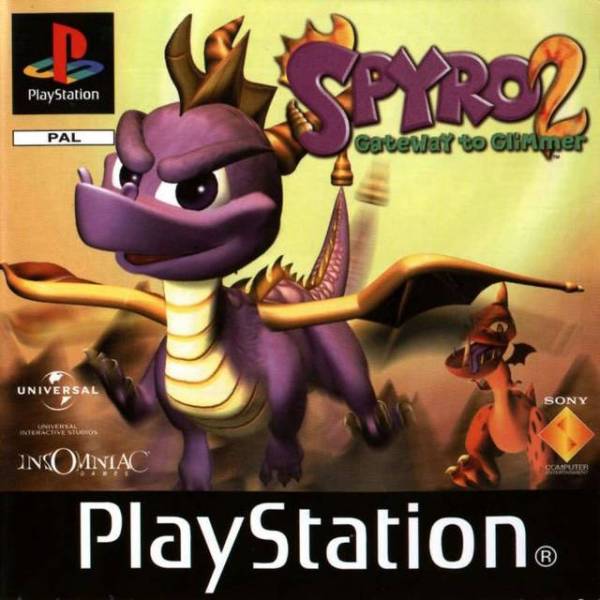 Spyro 2: Gateway To Glimmer is a platformer video game developed by Insomniac Games; it was the second game in the Spyro series following Spyro The Dragon.

Players once again play the role of Spyro the Dragon as he fights against various enemies and obstacles using his flame breath, charge attack, and glide abilities. Like the previous game, Spyro’s health is indicated by the colour of his dragonfly partner, Sparx, who can replenish his health by eating butterflies. 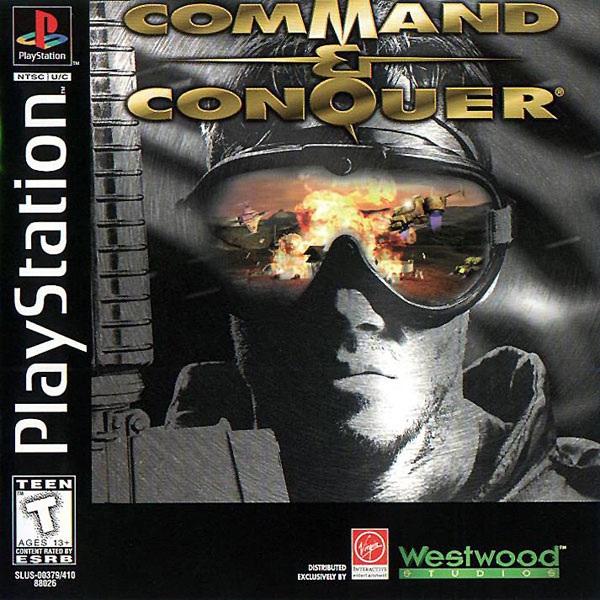 Command & Conquer is a real-time strategy video game, first developed by Westwood Studios. The game was one of the earliest of the RTS genre. This includes full motion video cut scenes with a notable ensemble cast to progress the story which was pretty uncommon at the time.

The game tells the story of a world war between two factions: the Global Defense Initiative of the United Nations and a cult-like militant organization called the Brotherhood of Nod, led by the mysterious Kane. The groups compete for control of Tiberium, a mysterious substance that slowly spreads across the world.

Command & Conquer was a commercial and critical success, selling over three million copies and winning numerous awards. It has been cited as the title that defined and popularized the real-time strategy genre.
It required the player to construct a base and to gather resources in order to fund the production of buildings, technologies, and combat units to attack and conquer an opponent’s base.

MediEvil is a Gothic horror-comedy action-adventure, hack and slash game developed by SCE Cambridge Studio and published by Sony Computer Entertainment Europe for the PlayStation.

Players control Sir Daniel Fortesque, a skeletal knight brought back to life by the dark magic of an evil sorcerer named Zarok. The game takes place across a variety of levels, many of which require certain objectives to be performed in order to progress. Dan can use a variety of weapons, consisting of close range weapons such as swords and clubs and long range weapons such as crossbows.

In each level there is a hidden Chalice of Souls, which can be collected if the player fills it with enough souls from defeated enemies. If the player clears a level with the Chalice in hand, Dan is warped to the Hall of Heroes, where he can speak to a legendary hero who will give Dan a reward such as a new weapon. If the player finishes the game with all the Chalices, the game’s true ending is viewed. 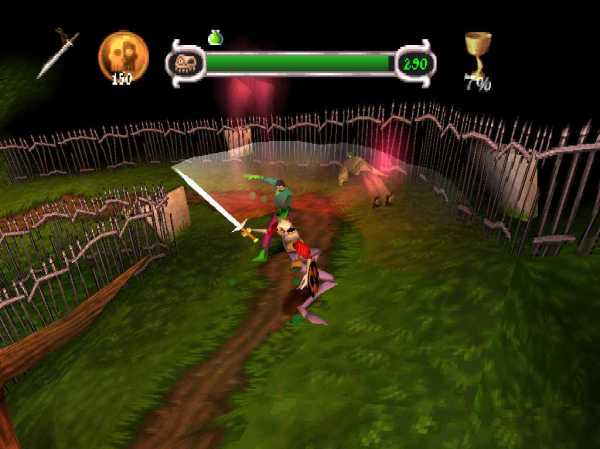 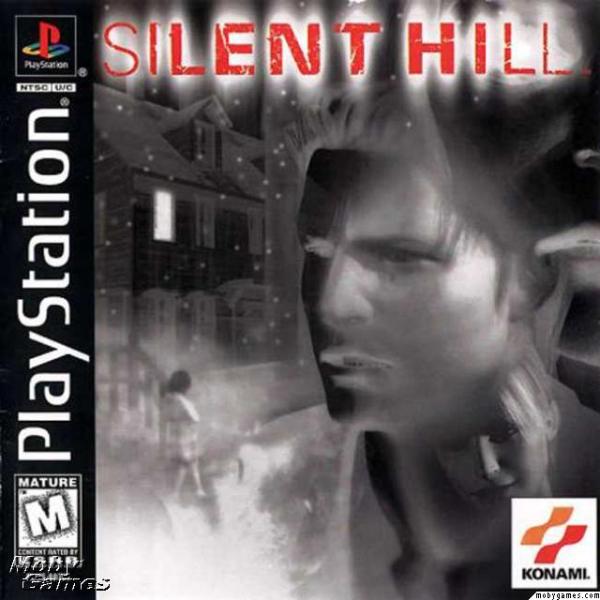 Silent Hill is a survival horror video game for the PlayStation published by Konami. The objective of the player is to guide main protagonist and player character Harry Mason through a monster-filled town as he searches for his lost daughter, Cheryl. Silent Hill ’s gameplay consists of combat, exploration, and puzzle-solving. 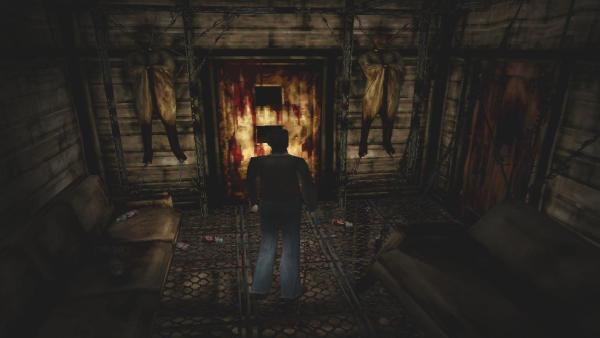 Harry confronts monsters in each area with both melee weapons and firearms. An ordinary man with minimal experience with firearms, Harry cannot sustain many blows from enemies, and gasps for breath after sprinting. His inexperience in handling firearms means that his aim, and therefore the player’s targeting of enemies, is often unsteady. A portable radio collected early in the game alerts Harry to the presence of nearby creatures with bursts of static.

Crash Bandicoot: Warped is a platformer game in which the player controls Crash and Coco Bandicoot, who must travel back in time and gather the 25 Crystals from the previous game in their original places in time before the antagonists of the story do so. Much of the game takes place in the Time-Twisting Machine, which acts as the hub area of the game. The Time-Twisting Machine is split up into five chambers; only the first chamber is initially available. Each chamber has five buttons that open portals to different levels.

Legacy of Kain: Soul Reaver is the sequel to Blood Omen: Legacy of Kain. Taking place 1500 years after the events of Blood Omen, Soul Reaver chronicles the journey of the vampire-turned-wraith Raziel, lieutenant to the vampire lord Kain. Raziel is killed by Kain, but is revived by The Elder God to become his “soul reaver” and to exact revenge. Raziel shares this title with Kain’s sword, the Soul Reaver, which he acquires during the game.

The player controls Raziel, a disfigured and ghostly vampire. Gameplay relies largely on shifting between the material and spectral planes of existence to progress through areas. 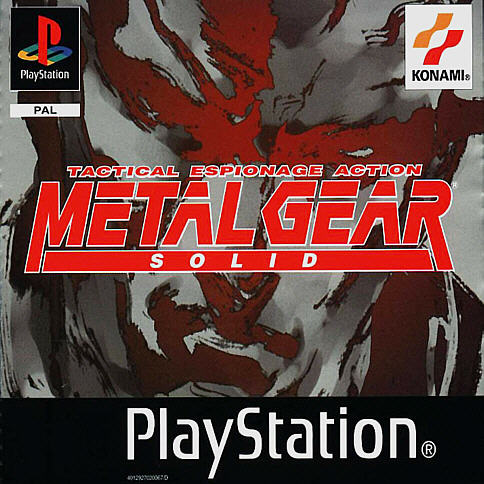 Metal Gear Solid is an action-adventure stealth game that follows Solid Snake, a soldier who infiltrates a nuclear weapons facility to neutralize the terrorist threat from FOXHOUND, a renegade Special Forces unit. 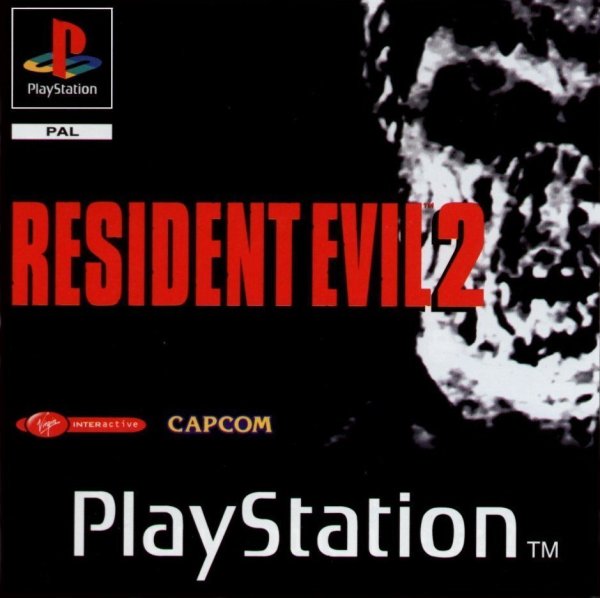 Resident Evil 2 takes places two months after the events of the first game. It is set in Raccoon City, an American community whose residents have been transformed into zombies by the T-virus, a biological weapon developed by the pharmaceutical company Umbrella. In their escape from the city, the two protagonists, Leon S. Kennedy and Claire Redfield, encounter other survivors, and are confronted by William Birkin, the mutated creator of the even more powerful G-virus. 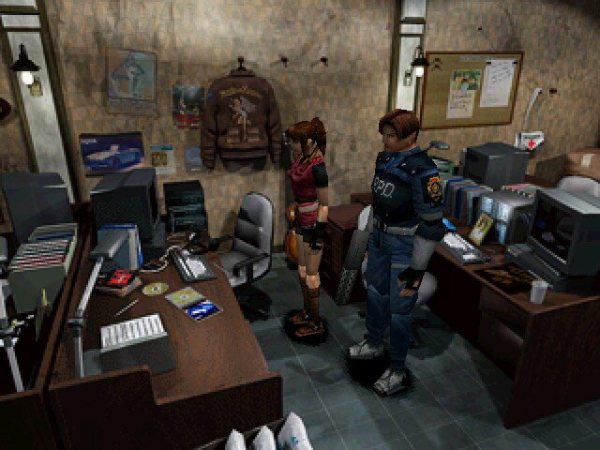 The gameplay of Resident Evil 2 focuses on exploration, puzzle solving and combat, and features typical survival horror elements such as limited saves and ammunition.

Final Fantasy VII follows protagonist Cloud Strife, a mercenary who initially joins rebel organization AVALANCHE to stop the world-controlling megacorporation Shinra from draining the life of the planet for use as an energy source. As the story progresses, Cloud and his allies become involved in a larger world-threatening conflict, facing off against Sephiroth, the game’s main antagonist. 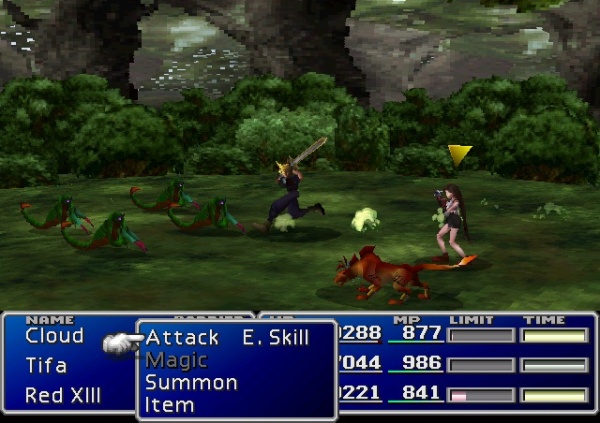 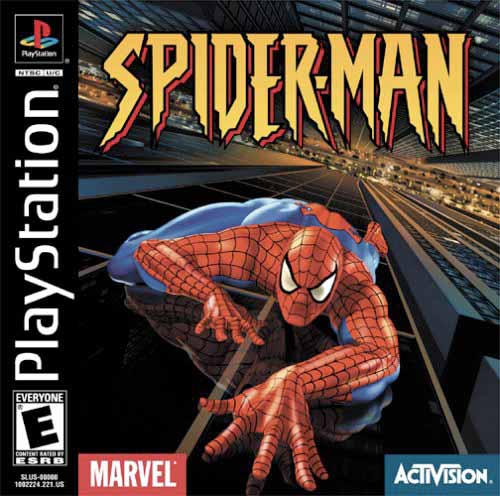 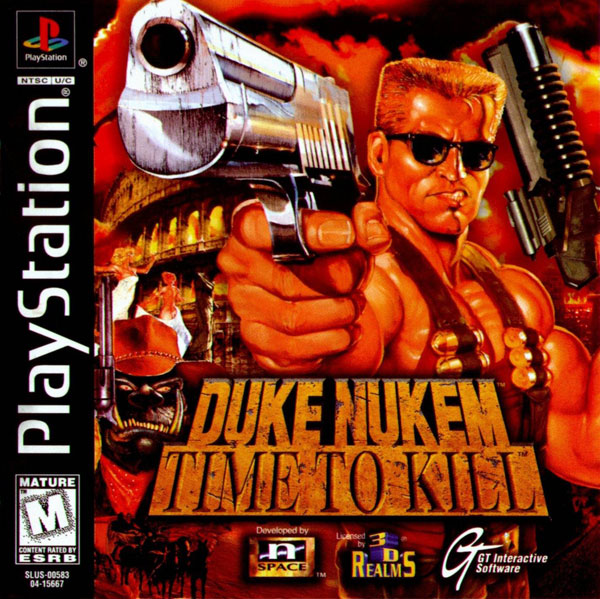 So there you have it, did I miss out any games that you feel should have been included? This list is of course entirely my opinion but there’s no doubt that it was a struggle to put together a list of only 10 great Playstation one games as there was just so damn many amazing games on that system.