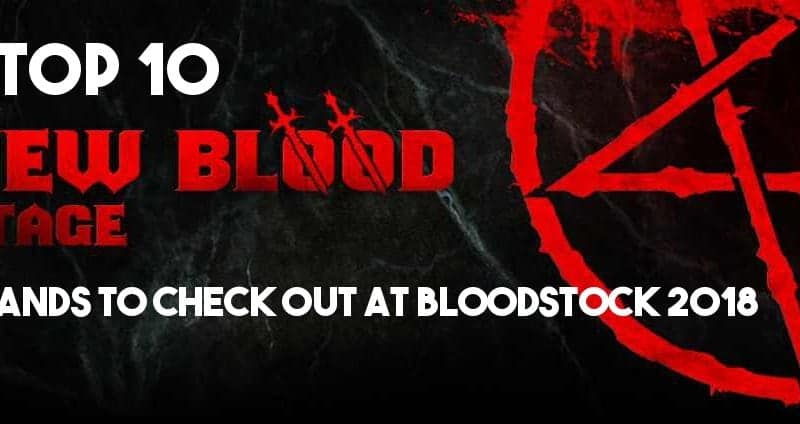 Another year, another epic line-up of New Blood bands at Bloodstock Festival 2018.

If you don’t know, the New Blood stage is where the future of metal gets to ply their trade. A stage dedicated to the unsigned, the Metal 2 the Masses winners and more. It’s a stage where you can discover hidden gems, bands that could one day be headlining the main stage!

There is a huge amount of talent this year, so many great bands playing across all three days so narrowing it down to just 10 has proven to be very difficult. Take our word for it, there are way more that are worth you poking your head into the tent. It’s an incredible line-up overall. 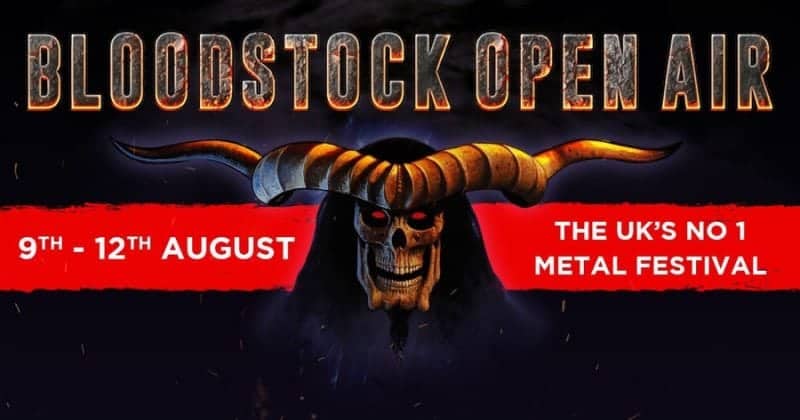 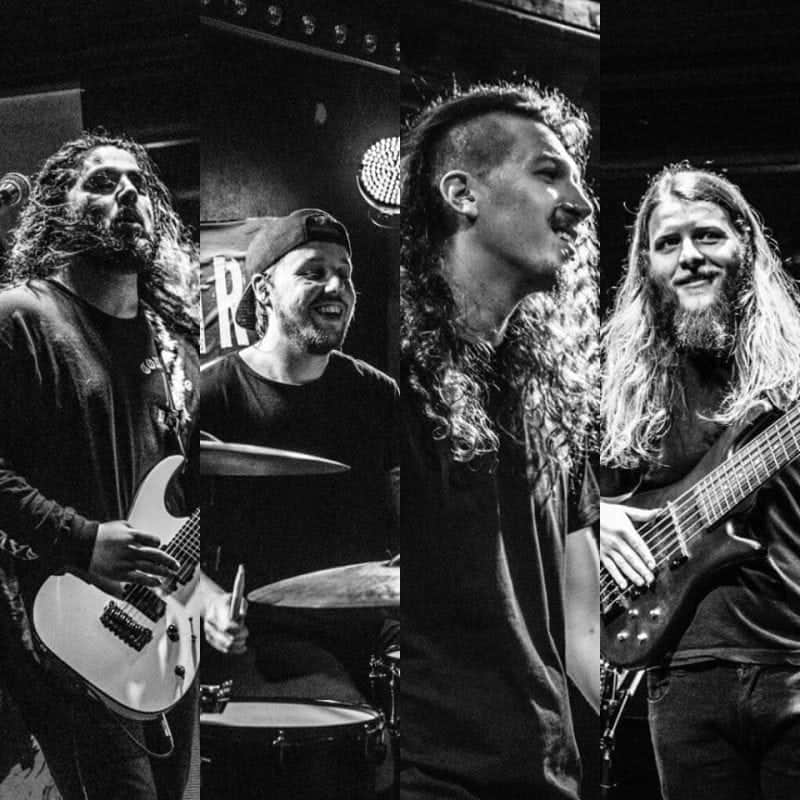 Headlining the stage on Saturday of the festival, Earthbound play heavy, melodic metal taking influences from the likes of Countless Skies, Trivium and Arch Enemy. Their debut EP ‘Endure’ brings together traditional melodic death riffs with massive choruses and progressive elements. It’s out now so you can get some pre-listening in below! 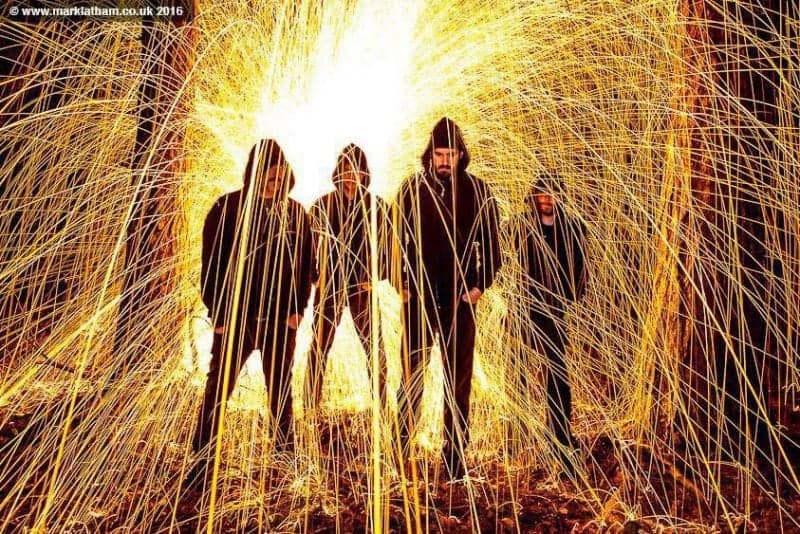 South Yorkshire’s SERVERS are part of the Sunday line-up and are one of the most exciting progressive metal bands in the UK. Driven by a compulsion to delve into the minds of servers and the subservient nature of followers in cults and things beyond our realm.

They released their debut album, Leave with Us in 2014 to massive critical acclaim and followed that up with Everything is OK In 2016.

Taking to the New Blood Stage on Sunday of the festival, Lowestoft’s Crawlblind bring a crushingly heavy and energetic sound with a live performance to get any crowd moving. The band originally performed between 1997 and 2002 with shows throughout the UK, France and the USA. During this time they released an album and 2 EP’s worth of original material and built a loyal following.

CrawlBlind reformed in July 2017 and new tracks weren’t far behind followed by numerous energetic live shows. CrawlBlind are currently working on a full length album due to be released before the end of the summer. 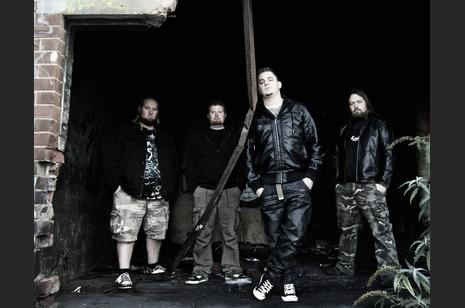 Obzidian were established in 2001 with founding members Baz, Paul and Jeffsy meeting in school and then vocalist Matty J joining the band in 2005. In March 2007 the band signed with Casket Records and went on to release their self-titled debut plus the follow up “Damned Eternal” in 2012. They played extensively in support of these two releases building a solid reputation across the UK, sharing the stage with the likes of Sepultura, Crowbar, Il Nino and Arch Enemy.

In 2014 they unleashed their third album “Concrete Psychosis” which was released on 8th September on Rocksector Records. 2015 & 2016 saw the band go from strength to strength and continue to build a solid fanbase. In 2017 the band signed with FATangel Management and released their fourth album “Obliteration Process”, which was self-produced and released in November 2016. Since then the band have had support slots with Grand Magus, Whispered and more plus they have played to huge crowds at Uprising, HRH Metal & Hammerfest as well as touring the UK extensively.

Obzidian are now working on their fifth album, 2018 looks to be their biggest year yet! They hit the New Blood Stage on the Sunday of the festival and are one not to be missed! 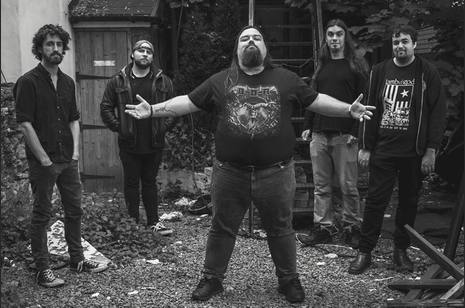 Formed in late 2014, Democratus fuse classic metal riffs with brutal growls and soaring clean vocals to bring a new spin to the melodic death metal genre. They have had the honour of opening for bands like – Suffocation, Psychostick, Largerstein, Skilltron, Red Rum, Master, Bloodshot Dawn and Agrona. In 2017 they became endorsed by Vocalzone and released their EP, Starting Again.

In 2018 they became endorsed by Moomin Merchandise and reached a new high on the 16th June when they won the Metal 2 The Masses South Wales final earning a slot on the New Blood stage at Bloodstock.

A band not to be missed, Democratus will be bringing the heavy on the Friday of the festival! 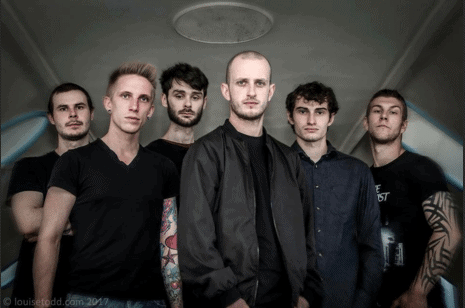 Turbyne are a metal band, currently based in Dumfries, Scotland. Since forming their current line up, they have crafted a diverse and intense sound, capable of reducing an entire planet to ash! Drawing influence from both heavy and progressive musical styles, and always taking metal to strange and scary new places. Currently writing, performing and recording their original material, Turbyne’s quest for total global domination continues on as strong as ever!

Playing as part of the New Blood Stage on Friday, their set promises to be one of the most exciting of the weekend. 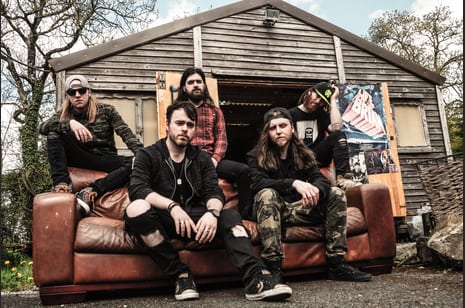 Looking to leave the New Blood Stage in ruins, This Place Hell are a five piece aggressive metal band born out of a love for heavy riffs, and a disdain for the Irish music scene. Exploding on to the local metal scene in 2014, the then four piece became notorious for their ferocious live shows.

Since then the band toured extensively within Ireland, as well as venturing across to the UK, Czech Republic and even as far as Russia! In between tours they released two EP’s called Malice and Contempt.

With new releases on the horizon, This Place Hell are hungrier than ever to bring their live show to stages across the world. Make sure you warm up the neck muscles for their devastating set on the Sunday of the festival!

Aonia is a 7-headed, 14-legged creature, wielding two ‘sopranos with balls’ as vocalists, shredding twin axes, symphonic keys, and driving drums and bass. An operatic/progressive metal band, Aonia has been compared to artists such as Therion, Avantasia, Nightwish, Epica, and ReVamp.

Having released a single, “Violet Hours,” on 18/11/17, the band is charging ahead, recording their debut album, which is set for release in 2018. An ambitious work, the ten tracks will feature up to five vocalists – including some exciting guest appearances from Blaze Bayley (Blaze Bayley, Wolfsbane, Ex-Iron Maiden) and Iliana Basileios Tsakiraki (Enemy of Reality). There will also be intricate interplay between guitars and keyboards, and a more fully realised dynamic counterpoint between the lead vocals than the band’s 2014 “Sunchaser” EP.

In addition to their recent endorsement by Vocalzone, vocalists Joanne Kay Robinson and Melissa Adams – who have been trained by the internationally-renowned Victorian opera expert Martin Yates – have recently featured on the current Blaze Bayley album, “The Redemption of William Black.” The duo also featured on Bayley’s previous releases “Infinite Entanglement” and “Endure and Survive.

It’s going to be a very entertaining showing from these guys and girls! 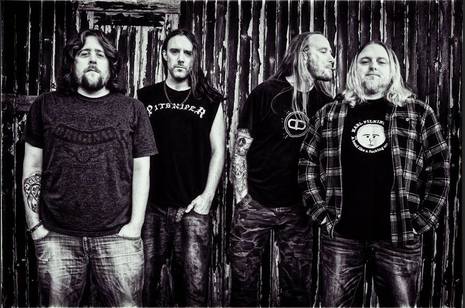 Formed from the ashes of a previous band A Ritual Spirit debuted in the Edinburgh live scene in early 2011 after self-recording a 4-track demo during 2010. A 3-track EP followed before attention turned to writing, recording and touring an album. Carnival Carnivorous was released in 2013 with debut single The Way I Died leading the way, followed by a video for 2nd single Visceral Decay, all via the band’s own label Disposable Noise Records. Subsequent UK tours and radio play followed, along with the arrival of new bassist Martin in 2016. Focus has now returned to writing and the band are at present preparing releases for late 2018/early 2019.

Looking to tear the roof of the New Blood Stage on the Friday of the festival, A Ritual Spirit’s influences are wide and varied. The end result though is a wickedly exciting brand of heavy rock music making them a band you have to see over the weekend. 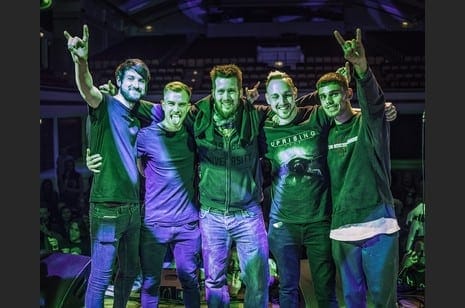 Coming out of Leicester, Seven Hells are a hardcore metal band with a hardcore attitude bringing high energy to the stage. They formed in 2016 so are relatively new but the inspiration of a post apocalyptic world drives the band to unleash a powerful groove, crushing riffs & gut punching deliverance.

Still very early in their career, they did the incredible job of winning the Leicester Metal 2 The Masses competition thus confirming their place on the New Blood Stage playing on Friday! It’s going to be roaringly heavy experience for one of the brightest metal acts in the UK right now!