This is the Starfox game that pissed off a lot of fans & pretty much ripped off Zelda, the game that took Fox McCloud out of the plane & saw him hanging around with dinosaurs. A lot of people hate this game as it just didn’t deliver what they were expecting (coming off Starfox 64). That might imply it’s a bad game but it is far from that. 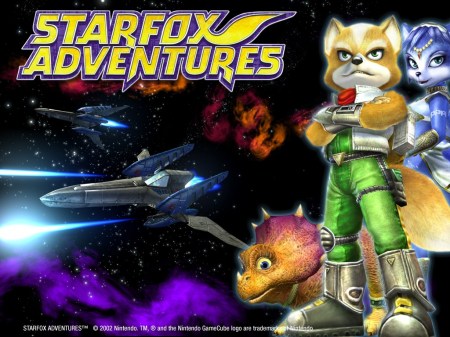 The game opens with the player in control of a different fox, a female fox called Krystal. After receiving a distress call she lands at Krazoa Palace & finds out that the below planet, Sauria (Dinosaur Planet) is under attack from General Scales. After talking with an injured Earthwalker (a race of dinosaurs) she finds out that if she can find all the Krazoa spirits & return them to the palace the war will go in their favor.

During a fight with General Scales, Krystal’s magic staff is knocked out of her hand & down to the planet below. Krystal finds the first Krazoa spirit & releases it but is then trapped in a crystal on top of the palace by a mysterious force.

Elsewhere in space, General Pepper has contacted the Star Fox team about a planet that has broken apart. He wants them to investigate it & with the Great Fox ship needing work the team readily agree.

Arriving at the planet without any weapons at the request of General Pepper, Fox stumbles across Krystal’s staff & picks it up activating a message from her…he is instantly smitten.

Fox then meets the Queen of the Earthwalkers who tells him that General Scales has stolen spell stones from 2 force point temples on the planet & this has caused the break-up. Fox has to get the stones back to stop it getting worse & collect Krazoa spirits to rescue Krystal as well. 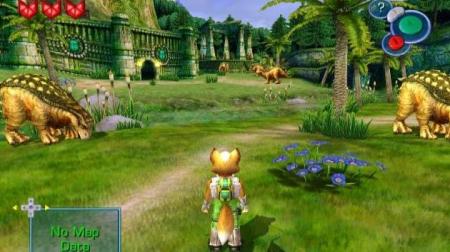 Fox won’t be doing this alone though…he will be aided by the Queen Earthwalkers son, Price Tricky. Tricky has a number of skills that will help Fox progress through the game. He’s an interesting companion who won’t get on your nerves, mostly. He will learn more skills as you progress making him more & more useful.

Played from the 3rd person perspective & in a very similar style to Ocarina of Time & Wind Waker, Fox’s only weapon is Krystal’s staff.

Approaching enemies will see Fox automatically lock-on (a very good idea, making combat a joy). The staff is extremely versatile & will also be upgraded as the game progresses. Eventually it is able to shoot projectiles, ice & use it as a launch-pad to higher areas. As these are unlocked more areas become accessible & back-tracking to previously explored areas is key. There is a lot of content hidden across Dinosaur Island & it is well worth exploring. 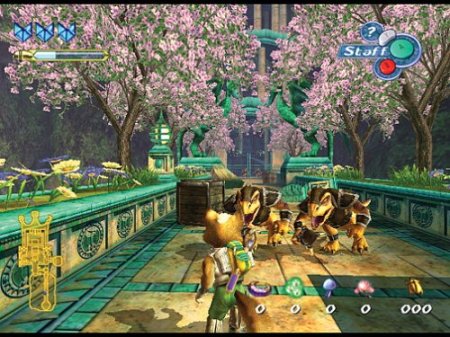 One of the biggest criticisms about Starfox Adventures is how much of a departure it was from previous Starfox games. Most of it takes place on foot in control of Fox; the only time you get in an Arwing is to move between separated parts of the planet. These sections are brief but incredible fun, action packed with great music to boot. An entire game of this would have been something…

Talking about music, Starfox Adventures has an incredible soundtrack. It’s the kind of stuff that you would want to listen to outside of the game. I particularly love that it fits the time of day as there is a day/night cycle as well.

Starfox Adventures is a graphical masterpiece that still holds up really well today. The setting allowed the creators to really add rich & detailed locations that amaze day or night. The level of detail in Fox alone thanks to ‘real-time fur rendering’ never fails to impress. 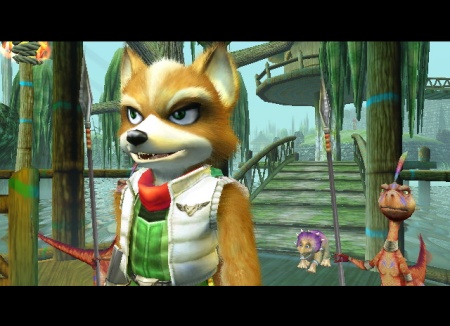 Add all of this to a story that is interesting, filled with side-quests & some really good boss battles & it should be a 10/10 game. However…what holds it back is just how much of the gameplay elements are Zelda-like.

Fox can’t jump instead he leaps of ledges & can roll just like Link. When he picks a new thing up he does a similar animation that Link does as well as having a little melody play out & the dungeon system is ripped straight from any modern Zelda game. As a huge fan of that style I can’t be hugely critical of it but I can understand why traditional Starfox fans were unhappy.

I still love it…

A huge departure from the Starfox games of old & one that effectively put the series in the grave for most fans. That doesn’t apply to me & the combination of great visuals, good story, interesting characters & great gameplay (regardless of how Zelda like it is) makes this one of the best games on the GameCube.