Found-footage horror movies…I hate them yet I’m still drawn to them in the hope that I’ll occasionally be surprised. Unfriended was one such surprise.

For starters the style in which it is filmed is different. The events are told through webcams, instant messaging, Facebook etc. Blaire is our lead in the film as it opens with her viewing a video of her friend Laura killing herself. It’s been one year to the day since she died & Blaire is feeling a bit remorseful. 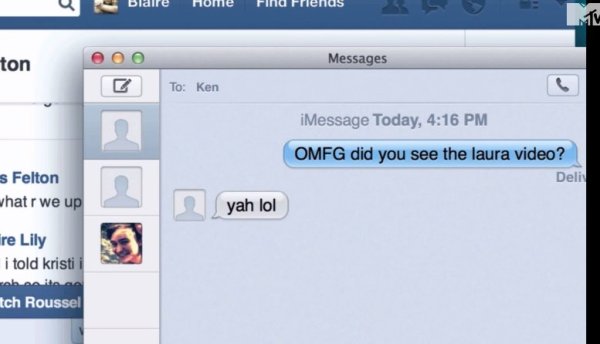 You see Laura killed herself because she got wasted at a party & the embarrassing footage was put on YouTube without her consent. It’s clever because in the modern world this sort of thing happens all the time. We know it as cyber-bullying but from a picture on Instagram to an off the cuff remark on Facebook to a mistyped tweet on Twitter. These things can damage & destroy lives.

So through Skype Blaire’s boyfriend Mitch contacts her & a few friends to shoot the shit as it were. It’s all standard stuff until their group conversation is joined by an unknown account, billie227. No-one knows who it is & they don’t talk for a while. Attempts to get rid of them fail and then the fun starts… 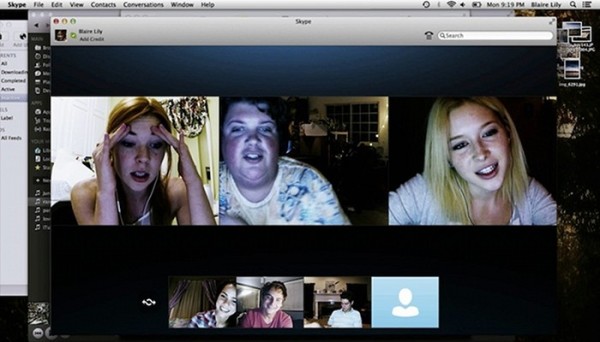 You see billie227 claims to be Laura which is impossible as she’s dead, right? Is it just someone’s sick joke it something much more sinister?

Unfriended is a movie you’ll enjoy much more the less you know about it. It does an impressive job of balancing supernatural horror with modern life. Using social media & online chat programs to see a group of friends turn on each other is fun & never feels too illogical. In fact the group are such an unlikeable bunch by the end you’ll be glad to see the back of them.

The acting is pretty good with Blaire & Mitch doing a great job of a couple being forced to face some truths about each other.

The film is light on violence but when they happen they are impressive. A hand in the blender? I’ll always enjoy stuff like that.

It avoids jump scares for the most part preferring to build tension as you question just who or what is doing this to them. There are a few twists & turns along the way that are fairly well done, nothing that you won’t see coming if you’re paying attention.

However it isn’t perfect…not by a long shot. There are moments of that will leave you exasperated. Blaire’s inability to not understand that her boyfriend Mitch isn’t the one doing this is infuriating. The craziest stuff is happening & she’s still all “babe, is that you? It’s not funny”.

Several characters move into different rooms & seem to take their web can stuff with them. Sure it might just be a laptop but when you’re running in fear is that really the item you’re likely to grab? It’s a bit nonsensical.

The pixelating screens will start to annoy as things get more heated the images get more blurry. Such is a common problem with most found-footage movie, the more it ramps up the less you see. 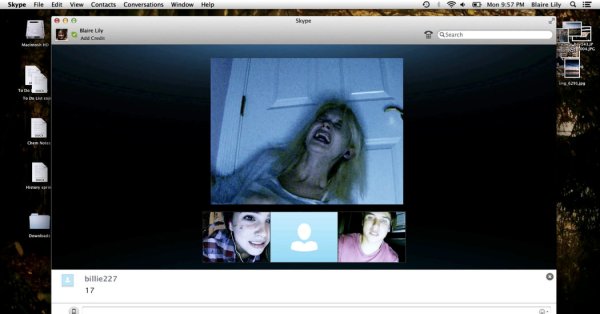 Such is always the way with found-footage movies…

An actual good attempt at taking the found-footage horror in an interesting & modern direction.