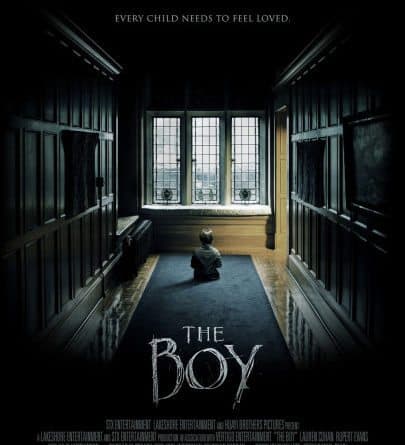 Greta is a young American woman who takes a job as a nanny in a remote English village, only to discover that the family’s 8-year-old is a life-sized doll that the parents care for just like a real boy, as a way to cope with the death of their actual son 20 years prior.

Man, the basic premise alone gets the mind buzzing with possibilities of what could be a genuinely scary psychological horror movie. If done correctly, you can just imagine the paranoia that could be created between the main character and the audience. Instead of leaving you to wonder whether or not the doll would inevitably come to life, the trailer appeared to answer that for us by all but confirming that this wasn’t simply a mere inanimate object. What a huge mistake but still, things are not always the way that they seem.

Upon arrival in the United Kingdom and the Heelshire residence, Greta introduces herself to Mr. and Mrs. Heelshire before meeting the elderly couple’s young son, Brahms.

To Greta’s surprise and amusement, Brahms is a porcelain doll, treated like a living child by his parents. The real Brahms perished in a fire back in 1991, at the age of eight. Mrs. Heelshire informs Greta that Brahms has met “many nannies,” all of whom were “rejected.” Before the Heelshires leave on holiday, they give Greta a list of rules to follow, warning her that Brahms is not a normal child.

As you can probably imagine, Greta does what just about anyone would do in such a situation and that is to completely ignore the Heelshires and their rules for Brahms. Greta obviously doesn’t realise that she’s in a horror movie, silly Greta. Instead, she spends her time calling her sister and casually flirting with the Heelshires grocery boy, Malcolm.

Well, it’s not too long before strange things begin to happen around the Heelshire estate. Greta hears a child sobbing in the hallway, phone calls are cut off and it appears as if Brahms is moving around by himself. After Greta is locked in the attic by an unseen force and served a peanut-butter-and-jelly sandwich outside her door, she begins to believe that Brahms’ spirit lives on in the doll. 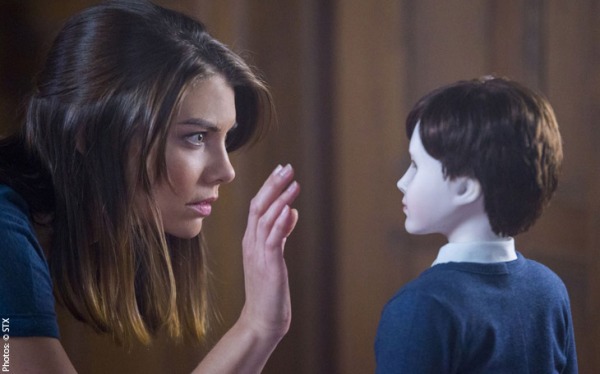 That and her extreme paranoia are pretty much what it takes to completely convince Greta that Brahms is truly alive. I mean, it’s not impossible that someone would blindly believe this from the things that happen alone but I feel it could have been executed differently. Meanwhile, the Heelshires are seen on a coastline writing a good-bye letter to Brahms and filling their pockets with rocks before committing suicide by drowning

After Greta demonstrates Brahms’ ability to move by himself, Malcolm begins to visit the house regularly. He informs Greta that the real Brahms was friends with a young girl about his age, who disappeared after a playdate with him in the forest. The girl’s body was later found with her skull crushed. Malcolm warns Greta not to stay in the house, but Greta, having previously suffered a miscarriage, feels obligated to care for Brahms and begins to follow his rules. 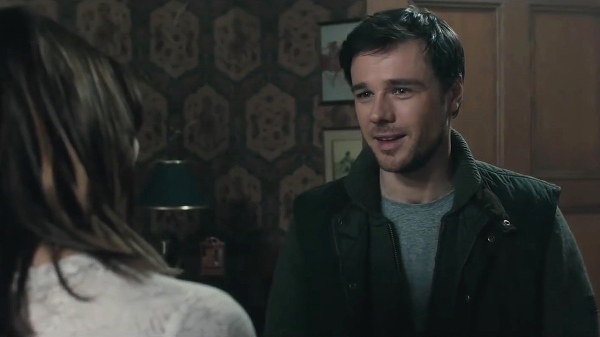 Skipping on, Greta gets a visit from her ex-boyfriend Cole who just so happens to be the cause of her miscarriage. At this point, Greta and Malcolm have begun a romantic relationship and it’s not long before Cole puts two and two together. Once Cole discovers that since leaving him Greta has been taking care of a porcelain doll, he’s less than pleased. A huge argument erupts and soon enough Cole’s anger leads him to smash Brahms. For me, this is where the movie really jumps off the deep end. 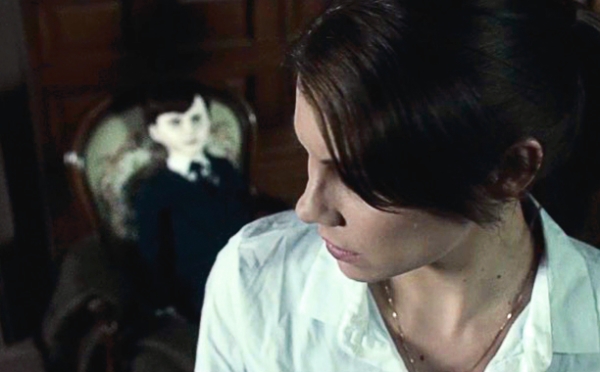 A huge bang from behind a mirror causes the group to stop arguing and stand motionless. Suddenly, a massive man bursts through the glass and begins to attack Cole and eventually kill him (no real loss). It turns out that Brahms has been alive all along and was the one who was moving the porcelain doll throughout the house, stealing her possessions, and watching her every move. The Heelshires, presumably held hostage by their son, offered Greta (and the nannies before her) as a form of sacrifice to Brahms for “his keeping”.

A chase ensues and eventually Greta manages to escape Brahms and the estate with Malcolm. She stabs him with a screwdriver and thinks he is dead, why she thinks that would kill him is beyond me. What is confirmed is that Brahms is definitely alive, we see him piecing back together the porcelain doll and the credits roll.

As I mentioned above, the plot for this horror movie is very solid indeed. The mistake was revealing that Brahms was moving around by himself so early on even if that wasn’t exactly the case. The eventual reveal would have been much more effective if the paranoia that was built had been allowed to grow to a much higher level. Thinking about it, the fact that it’s revealed so early on that Brahms is “alive” should have been an indication that it wouldn’t be quite that simple.

The film fails to answer far too many questions; I won’t delve into them too much because there are just so many. It just seems too farfetched that this huge beast of a man could be living in the walls of the house without Greta hearing him at some point. As soon as Brahms appears to move for the first time, Greta is convinced he’s alive but she never thinks for a second that someone could be simply moving him around? What an idiot. Why was there even a doll in the first place? You know what, just forget it man. The film does a piss poor job of explaining just about everything, I shouldn’t have to assume the plot to your movie. 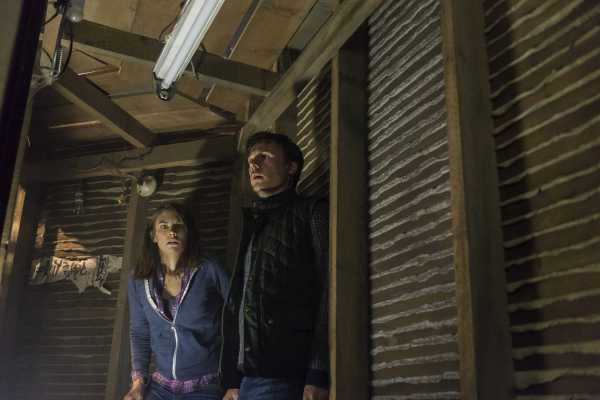 The ending feels extremely rushed, subtlety goes flying out the window and for some reason Brahms is a jacked, superhuman, highly skilled doll maker. What the hell were they even thinking? I can’t believe I’m saying it but I would have preferred it if the doll really was just possessed, that would have been better. I appreciate them trying something a little different rather than being every other supernatural thriller but it just falls flat and ruins the first two thirds which had me thinking that this might just be an entertaining little horror film. Instead, it’s just like all the rest and will drift from memory never to be seen again.

Lauren Cohen does a good job as Greta even if she isn’t given much of a character to work with; it’s hard to see her as anyone but Maggie though. 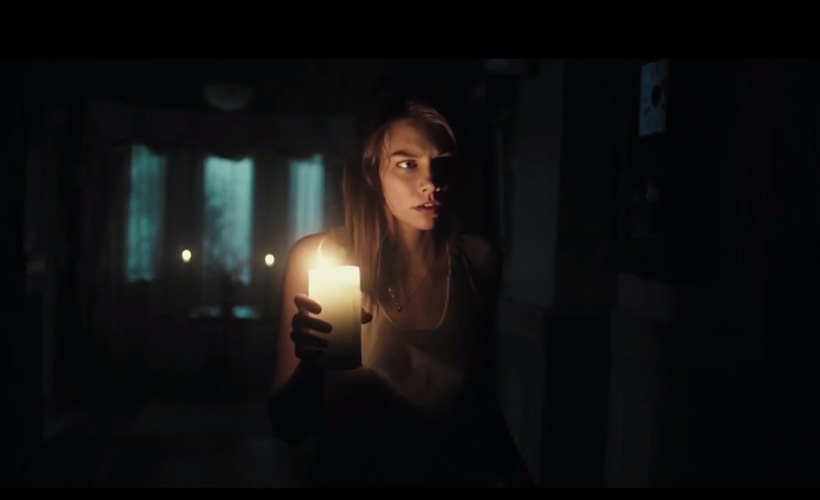 The Boy joins a long line of horror movies that have a decent premise but fail at just about everything from there. It is not scary in the slightest and any paranoia or tension that it creates is quickly thrown away. It’s not the worst film of all time and it’s probably at least worth a one-time watch but it could have been more.