Tale of Tales are 3 stories adapted from a collection of tales by the Neapolitan poet, Giambattista Basile. This 17th century collection of fairy tales, Pentamerone (Tale of Tales) contains the earliest versions of famous fables that we know so well now.

The movie focuses on three tales from the collection in particular…La Cerva Fatata (The Enchanted Doe), La Pulce (The Flea) and La Vecchia Scorticata (The Flayed Old Lady) but with more artistic licence and throwing other elements from the tales in too.

The three stories intertwine with each other & are told simultaneously.

In the Kingdom of Darkwood, the King and Queen want a child but no matter what they try she doesn’t fall pregnant. They contact a necromancer who offers them a risky alternative.

The Queen is desperate so the King agrees to go through with the plan & it costs him his life; he is killed in a battle with sea dragon in an attempt to get its heart. It does works though, the Queen falls pregnant & gives birth to a boy, Elias in one day. However, a woman (a virgin) tasked with cooking the heart also falls pregnant & gives birth to another boy, Jonah in the same time frame.

The two boys are identical but live very different lives (one a prince, the other a pauper). However, they are naturally drawn to each other much to the disdain of the Queen. The older the boys get, the more they want to be together so the Queen is forced to keep them apart in desperate fashion.

The Queen is not the best of the three stories here, it’s story is a bit flabby & overly long. It is very disappointing to see the actor John C Reilly killed off early in the story but Salma Hayek (as the Queen) does a great job. Her desperation for a child is matched only by her desperation to keep him safe as he grows. 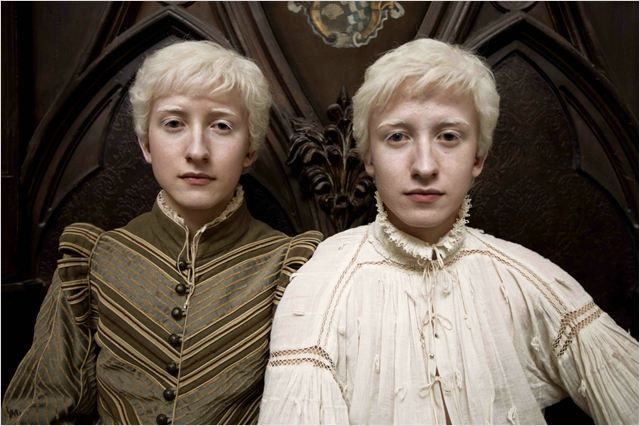 The story can be a bit confusing, it never really takes off & the relationship between Elias & Jonah comes across a little too sexual even though it’s supposed to be more brotherly. Visually it looks great though, the underwater fight with the dragon & the final vampiric style creature belong in fairy tales!

The Flea tells the story of the King of High Mountain who lives with his teenage daughter Violet. He finds a flea that he is able capture and domesticate & over the years it grows up hidden in the Kings chambers. Violet is bored of life in the castle & dreams of marrying a prince, something her father is keen to avoid. One day his pet flea dies so he decides to offer Violet’s hand in marriage to anyone in the kingdom who can guess what creature a skin came from.

The King is confident no-one will be able to guess correctly because the skin he is using is the one from his flea.

Suitors come, attempt to guess and fail, all to the merriment of the King & disappointment of Violet. No-one looks likely to be able to work out where the skin came from until an Ogre steps up. Violet doesn’t want him to have a chance but the King insists that he promised anyone from the Kingdom could attempt to guess so allows the Ogre to try.

…and he gets it right. 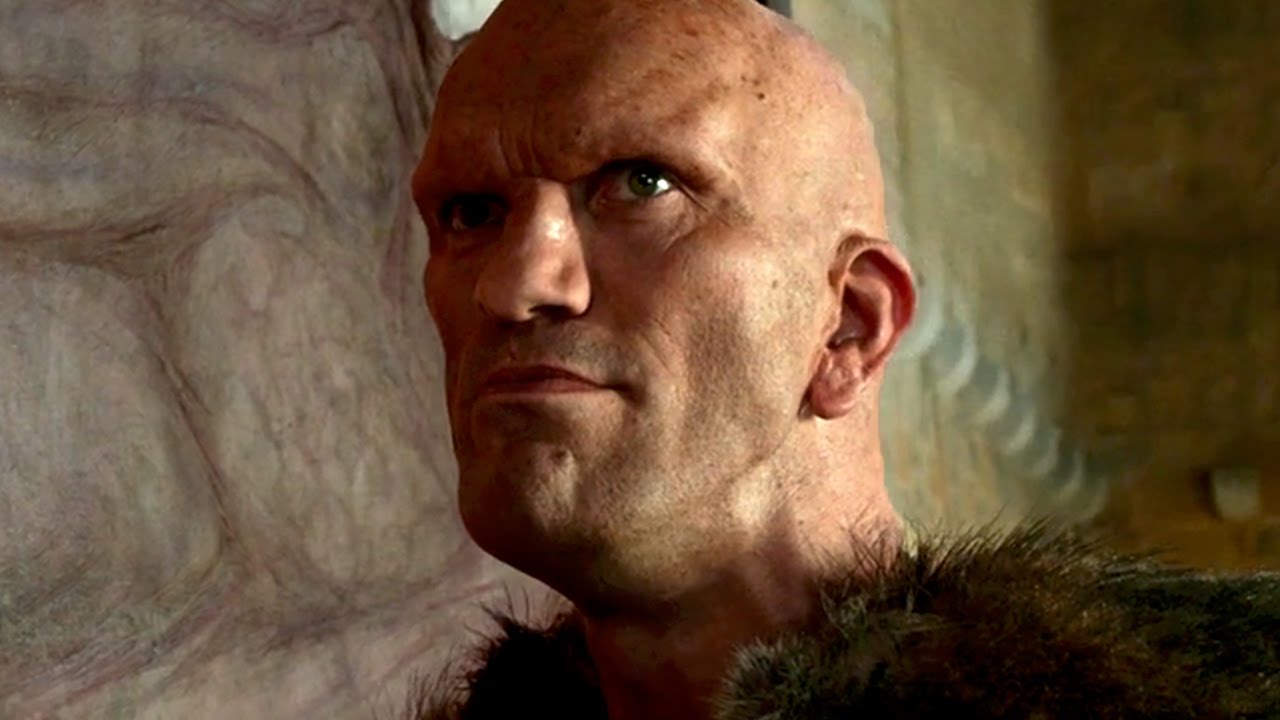 Violet is devastated & insists her father not send her off with him but her father seems to care more about his word then his daughter so she leaves with the Ogre.

He takes her back to her cave where she is held prisoner and raped. Losing all hope one-day Violet sees a chance to escape, one that that will see her step up as the future Queen of the Kingdom.

The Flea is a great story with some excellent acting in particular from the King (Toby Jones). It’s a little boring at first as it seems to only focus on the King & his relationship with the flea. When the flea does die the story really gets going & it is a very exciting turn of events.

The best story of the three is also the saddest & most difficult to watch.

The sisters know he can’t see them as he wold be disgusted with their appearance but he is very persistent. Dora agrees to spend the night with him but only in complete darkness. The King agrees but after having had sex with her his curiosity gets the better of him & he lights a candle seeing her face. He is disgusted & furious believing to have been bewitched. He gets his guards to throw her out of his window to her death but the bedsheets she is wrapped in save her as they get caught in branches on her way down.

She is saved by a witch who comforts her tears and puts a spell on her turning her into a beautiful young woman. While out hunting that morning the King sees the newly gorgeous Dora & falls in love instantly.

Dora agrees to be his Queen and invites her sister, Imma. When the two meet Imma is stunned & desperate to know how she became younger. Dora though, enjoying her new life doesn’t want Imma to reveal their relationship, something that hurts her sister & only deepens her need to know just how Dora became young again.

This story ends in blood and one of the saddest & most shocking scenes of the entire film. I found it heart breaking & that was down to the amazing acting & believable relationship between the sisters. It’s the shortest stories of the three but it shines brighter than the rest, a really intense & beautifully told tale. 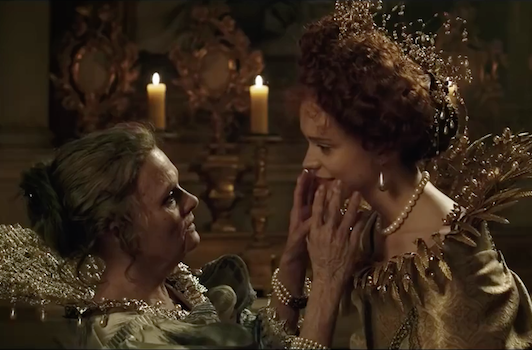 It’s easy to sympathise with Dora but to see her throw her sister away so callously makes her a hateful character. That’s why in the final section of the movie, where the three stories come together, it’s warming to see that the spell was only temporary leaving her no choice but to run & live out her life alone.

Tale of Tales is an excellent anthology, one that feels and looks so beautiful & exactly what a fairy tale might look like. The acting is top stuff throughout & while some of it stutters in places they all finish strongly.