If you didn’t know any better you could almost believe that this 8th instalment of the Puppet Master series was actually the final film. Even though it isn’t it does wrap up the Andre Toulon story in the cheapest, laziest way possible.

You know those episodes of long-running sitcoms where they get bored & just show clips & jokes from the series so far? Will that is what we have here with Puppet Master: The Legacy. A film coming in at 73 minutes long with 60+ of those minutes just using clips from the previous films so far.

Maclain is reading Toulon’s diary in the Bodega Bay Inn hoping to find out the secret of his life-giving formula when it bursts in flames. She goes into the basement & finds an old man talking to the Toulon’s puppets. He reveals himself to be the boy (Peter) who Toulon saved in Puppet Master III: Toulon’s Revenge. He also explains to Maclain that while he knew Toulon, he never shared with him the formula’s secret. 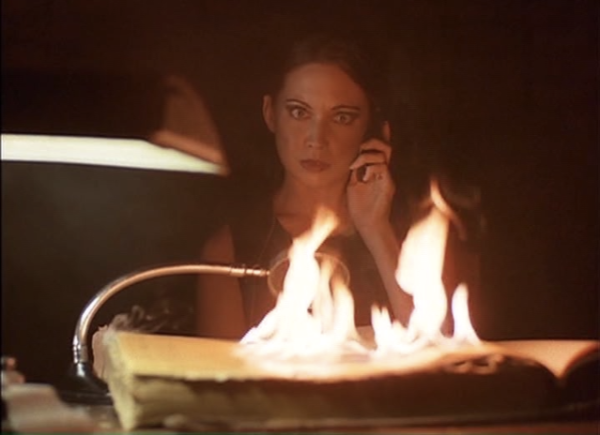 She doesn’t believe him so Peter proceeds to play her tape recordings made by Toulon. These recordings just re-cap the series so far in a more sensible & ordered structure. Basically the entire Toulon story condensed into 60 odd minutes.

In between the clips from previous films, Peter & Maclain argue about whether Toulon was actually a good man considering the events of the Puppet Master II movie. This was nice to see, not just trying to paper over the poor continuity of the series so far but instead making it a debating point here. 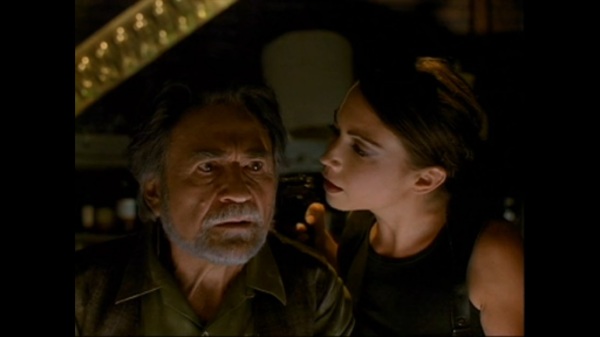 The film ends with Maclain having been over-powered by the puppets & shot by Peter explaining that she hasn’t come to take the puppets but rather to find out how to kill them once & for all.

A final message appears on the screen effectively ending the Andre Toulon story…finally.

The producers would like to thank all the cast and crew that helped make the Puppet Master series a tremendous success over the years.

If you’ve never seen a Puppet master movie before then this movie is a good way to bring yourself up to speed but for those who’ve been watching all along there is little to recommend here. There just isn’t enough new content & while it’s nice to see the Toulon story brought to a close it really didn’t need an entire movie to explain what we already knew. 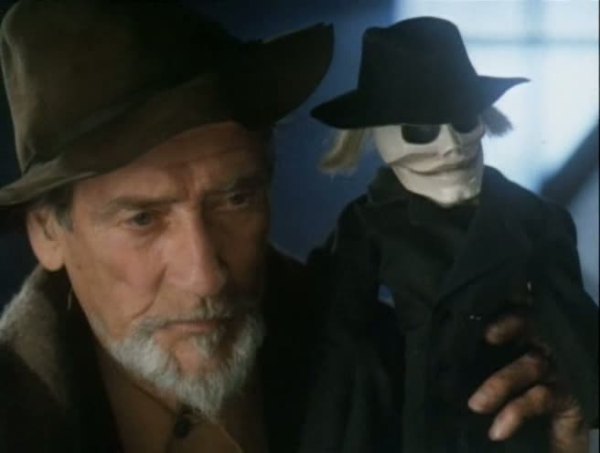 The two actors, Peter & Maclain have little screen time but do a serviceable job (although Maclain does over-do it after having been shot). The lack of any new puppet action is disappointing & they mostly just stand around in the background.

How do you review a movie that is just made up of parts of the other 7 movies? A very disappointing entry in the series, incredibly lazy & insulting to long-time fans.