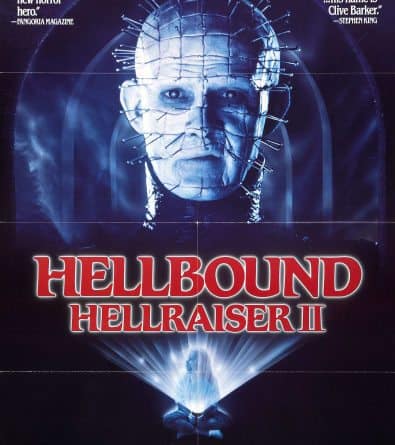 After the success of Hellraiser (1987) it was inevitable that sequels would follow. Hellbound: Hellraiser II (1988) was the first effort; the action picks up just hours after the end of the first movie as we embark on another nightmare inspired by Clive Barker.

The movie opens with a photograph of a man dressed in military clothing, we then see the same man in a room alone attempting to open the mysterious puzzle box. The inevitable eventually happens and we get a sequence of the man being tortured by chains and eventually nails which are hammered into his skull, any guesses who that might be? 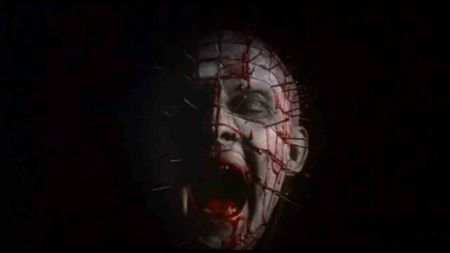 Kirsty Cotton is placed in a mental hospital after telling her tale to the police about the Demons from Hell terrorizing her; she attempts to convince them that it all happened because of her sadistic Uncle Frank and stepmother Julia. As you can imagine the police just aren’t buying her story so they allow a senior doctor at the facility to question her (Dr Channard). Channard is naturally fascinated by her story and takes specific interest in a bloodied mattress that Kirsty insists must be destroyed; this being the mattress that Julia had previously died on. Later that night Kirsty has a horrific dream including visions of someone suffering in hell, she believes this to be her father and feels guilty for not saving him. 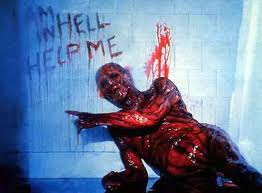 An assistant of Channard’s (Karl) comforts Kirsty and leaves her to get some rest, as he is leaving he overhears Channard having a conversation with someone about having a mattress delivered to his house that evening. Karl decides to do the natural thing that anyone would do in that situation; he breaks into his boss’s house, seems rational to me.

While there he notices that Channard has a very unhealthy obsession with puzzle boxes but his snooping is short lived as Channard arrives home with one of his mental patients. I always found the mental illness that this specific patient had quite terrifying; he believes that he has maggots and insects crawling all over his body and pleads with anyone to help him get them off. The patient believes this so much that when Channard sits him down onto a mattress and hands him a knife, he cuts himself continuously in an attempt to remove them. This scene is truly horrific and looks incredibly realistic; it instantly lets you know that this movie will not be holding back. 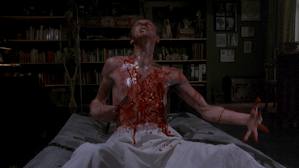 The blood from the deep wounds of the patient are absorbed by the mattress and help in the resurrection of Julia who then finishes him off. If you thought the makeup and prosthetics we good in the previous movie then you’ll be delighted to know that somehow they manage to step it up a notch here. The appearance of Julia’s skinless body is phenomenal and the director of the movie really shows it off with bright lighting and close ups that show the impeccable detail that went into its creation. 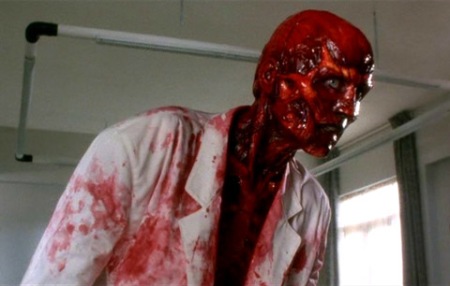 Karl escapes the house and returns to Kirsty to inform her that he believes her story and explains that he wants to help. Kirsty and Karl arrive at the house and for some very strange reason decide to split up…. At this point Julia has already consumed more patients and has regained her skin; she deals with Karl, confronts Kirsty and knocks her unconscious.

Channard then makes use of another of his patients; a mute girl named Tiffany who just so happens to be an expert at solving puzzles, I wonder where could this be going. Julia and Channard hide silently behind a wall and watch eagerly as Tiffany opens the box, we then get our first look at the Cenobites. 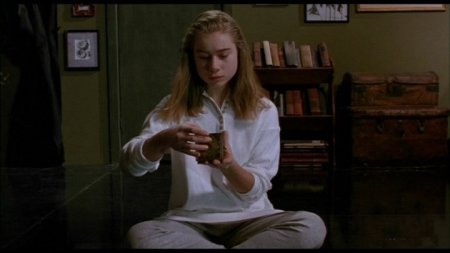 However Pinhead and his Cenobites do not kill Tiffany; basically because she had no knowledge of what the box did and because he realises that it was in fact Channard who desired them to be there. I always found this a little confusing, I was under the impression that the Cenobites killed anyone who opened the box, regardless if they knew what it was or not. I also thought that maybe they would deal with Tiffany after they had dealt with Kirsty, Channard & Julia but who knows.

Kirsty makes her way back into the Labyrinth in an attempt to rescue her father from hell; she enters through one of the doorways that Pinhead carelessly leaves open. We then get many, many scenes of Kirsty running around screaming Daddy even after Pinhead tells her he isn’t their (even he was sick of it).

We see Julia betray Channard and force him into some kind of torture mechanism in a very brutal scene. Tiffany and Kirsty eventually escape together but only to then realise that the horror had flown out into the mental hospital, they attempt to exit but are halted by the entrance of Dr Channard in his new horrific Cenobite form. The makeup is again top draw and I always found something about the way Channard spoke and moved terrifying. 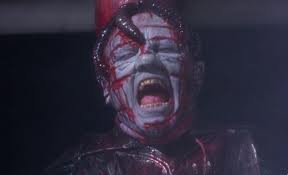 While he is distracted by his own puns which he seems to find hilarious for some reason, the pair escape into a room but hear the eerie sound of clanking chains behind them. Pinhead explains that he has had enough of games but just before he kills them Kirsty pulls out a certain photograph of a man that she had acquired earlier. Kirsty explains to Pinhead and the Cenobites that they had not always been that and that they were once human, before anyone can respond Channard enters with yet more puns and transforms Pinhead and his fellow demons back to their human form before killing them with ease.

Now I know a lot of people have a huge problem with this scene and I can certainly understand why. Channard kills Pinhead so easily that it’s quite unbelievable; this character that we as an audience believe to be so menacing and powerful is dispatched without any real fight back, it’s very disappointing and could have been really amazing if done differently. 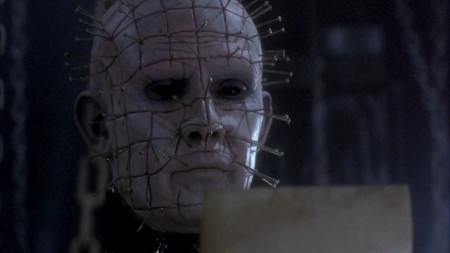 A few scenes later the movie reaches its climax and we have our ending but not before a police officer discovers a rotating column of pinhead and other demons screaming out in pain clearly setting up a sequel.

Hellbound: Hellraiser II is a very confusing movie and unless you know more about the narrative from reading the novels then it basically asks you to just take everything that happens for what it is. Personally I have no idea how Channard ended up with the box or why there now seems to be multiple versions of them, it does makes sense that there would be more than one I guess.

Overall the acting is quite solid but some of the character decisions are very unrealistic, at least in my opinion. I read online that this movie had several rewrites due to the actor who played Larry not wanting to return due to a pay dispute and you can certainly see that in just how short and rushed the movie feels. Everything happens so quickly that it can be a little difficult to keep up at times and especially with the way it once again frantically flips from scene to scene.

Regardless of its many flaws Hellraiser II is quite possibly my favourite horror movie sequel of all time. Pinhead is the main attraction here and the director knows this, attempting to give the viewer some much needed back story on the character and I found everything to do with his and the other Cenobites origins fascinating. Somehow this movie managed to surpass its predecessor with the level of horror and gore and the effects are the best I’ve ever seen. One again it’s supported by a brilliant gothic soundtrack that kicks into gear right on cue. The main reason why I think Hellraiser II is better than the original is because it gave me far more memorable moments and when I first saw this when I was younger it genuinely frightened me whereas the first did not. The exchanges between Kirsty and Pinhead are awesome and Doug Bradley is as amazing as ever as the iconic pin headed one.

Hellbound: Hellraiser II does the unthinkable and surpasses the original with its amazing prosthetics and gore effects and gives us a really interesting look into the origins of pinhead. Dr Channard’s Cenobite form used to give me nightmares and he’s still as memorable as ever.