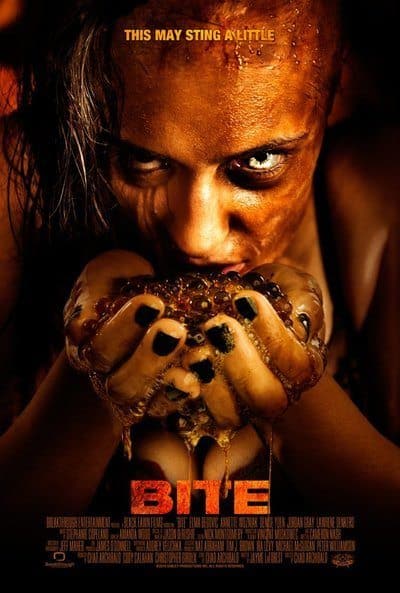 I have spent most of my life watching horror. I am pretty unshakable & I certainly don’t get grossed out until it comes to body-horror. For reasons I can’t explain these types of horror movies always get me yet I certainly don’t shy away from them, hence the reason I checked out Bite. 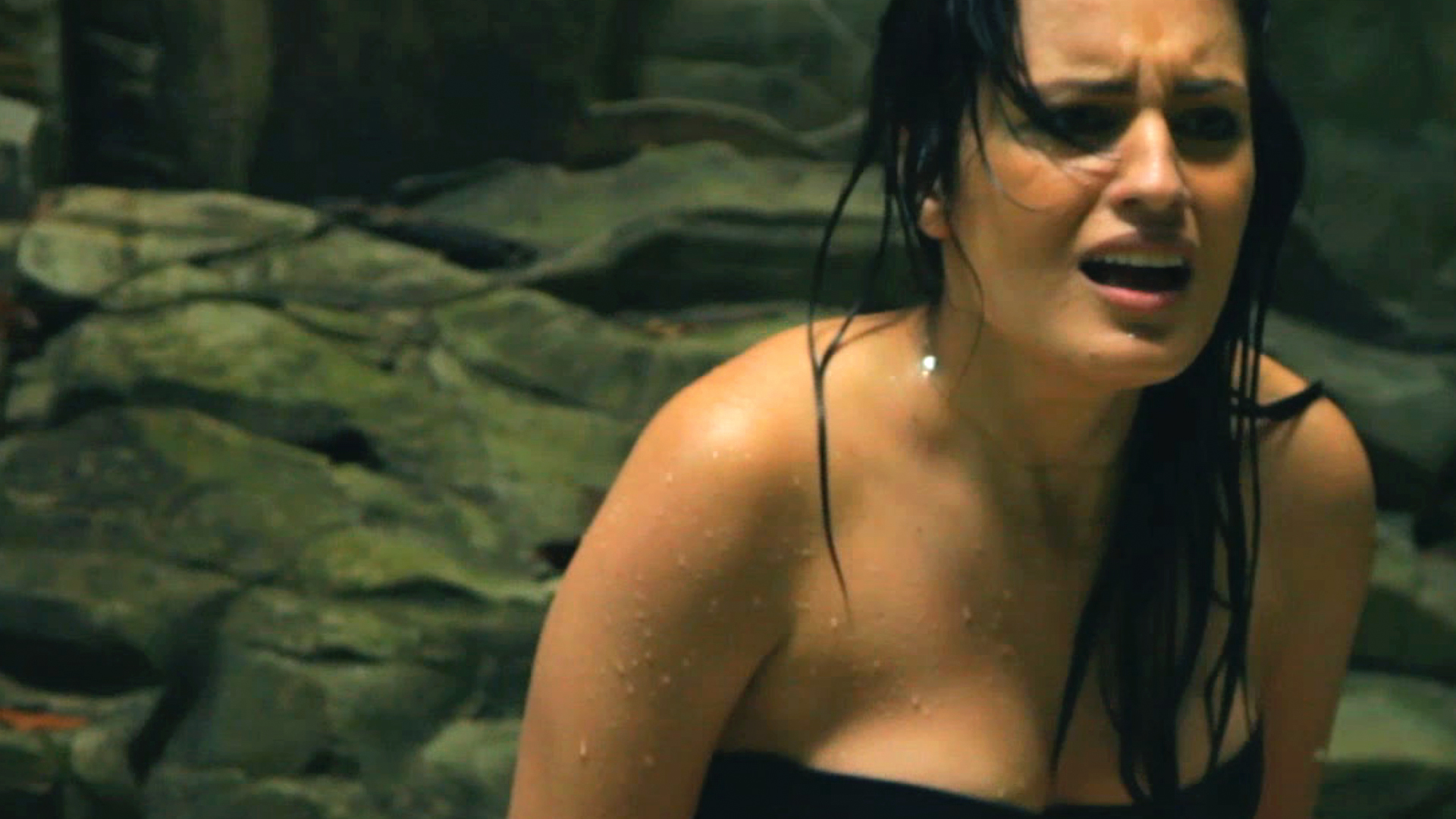 Returning home Casey is way more preoccupied with her upcoming wedding to worry about a nasty looking bite. She is beginning to get cold feet & a seriously over-bearing future mother in law doesn’t help matters.

Her future husband seems like a nice enough guy but he isn’t paying much attention to her feelings about having children. The fella even gives her an old family cot as a present when she returns from the trip!

All of these problems start to become second nature as her bite worsens & more sores begin to appear across her body. Casey begins to realise that the innocent insect bite might have been something much worse but she doesn’t know who to turn too. 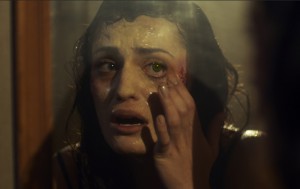 Alone & terrified she shuts out everyone she knows and loves as her body slowly degenerates into a kind of insect.

Bite isn’t for the faint-hearted; the effects are disturbingly nasty & very realistic. It deserves massive praise as Casey slowly transforms herself & the apartment into the place of nightmares. It’s never revealed just what she is becoming but that ambiguity just makes each new scene all the more fascinating. 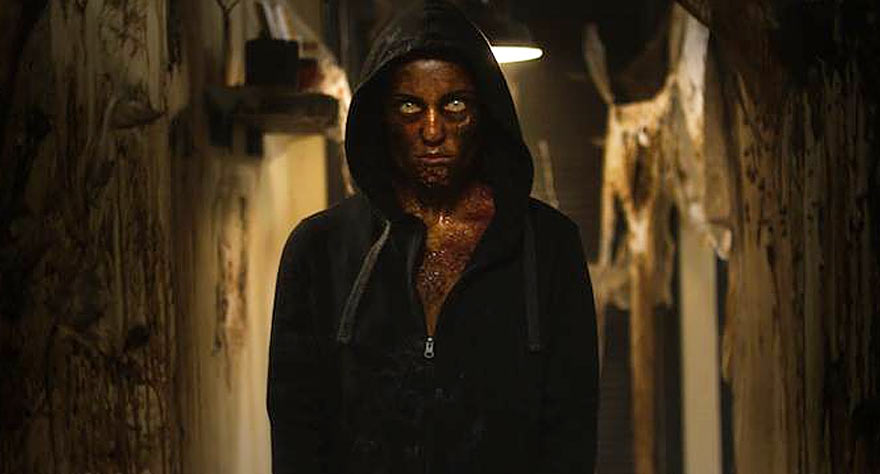 Where the film does stutter though is with its one-dimensional characters & sub-plot surrounding potential betrayal. Up until her transformation Casey is an uninspiring, dull lead & her friends walking clichés that have about as much depth as a rain puddle.

The over-bearing mother in law comes across more as parody of what this type of woman should be. Over the top & laughable, her demise is hardly a surprise even if it does come in a nasty way.

For the most part Bite is a lot of fun even if you’re likely to watch most of it with a grimace on your face. The B-movie style ending is particularly enjoyable leaving you with a twisted smile on your face.