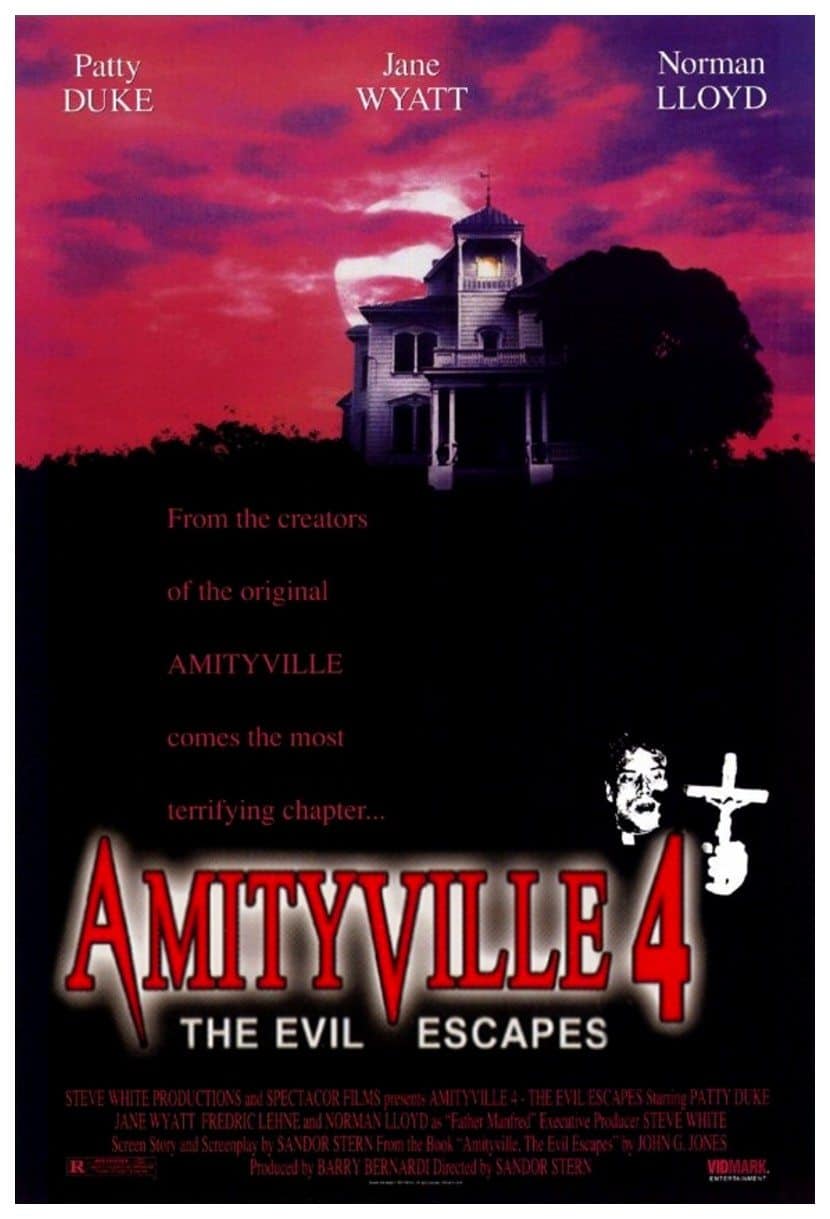 Three films in & the Amityville franchise should have been taken out back & shot already. This latest in the series takes an already stretched to breaking point concept & breaks it. 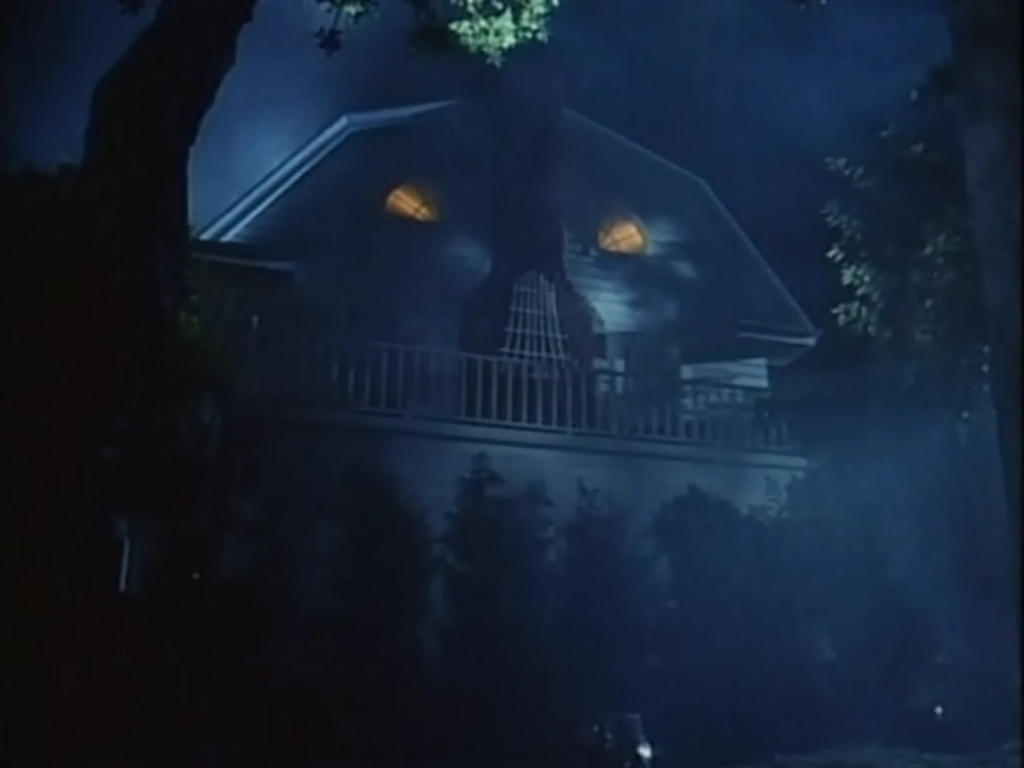 This movie opens showing the house as it was. Are you seriously telling me that it was rebuilt or does this movie take place at a different period of time? It’s never explained but it probably doesn’t matter as the story here is laughably bad.

The Evil Escapes…or as I like to call it, the Tale of the Evil Lamp.

So inside the house six priests are attempting to exorcise the demons. It’s not going well even though the best these demonic spirits can muster is flashing lights & swaying chandeliers. Oh so spooky. 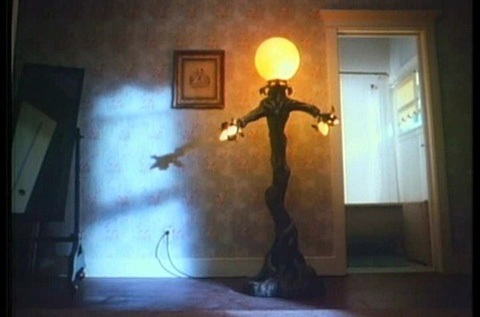 One priest in particular Father Kibbler goes it alone in a bedroom upstairs & sees a really cool looking lamp. Before he can finish his blessing a burst of energy comes out of the wall & into the lamp. A demonic face appears in the lamp & the priest is knocked unconscious.

A few days later & an Amityville yard sale is taking place. The priest that led the exorcism is confident that the demons are now gone but he doesn’t know that they’ve taken up residence in the lamp. 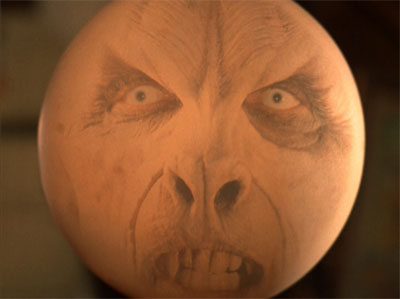 Helen sees the lamp & decides to buy it sending it to her sister, Alice as an ‘ugly’ gift joke. The lamp arrives at Alice’s at the same time as her daughter & grand-children are moving in (Alice’s husband & the father to the kids having died recently).

Once the lamp has been installed strange things begin to occur such as the pets acting weird, appliances turning on by themselves (the chainsaw scene is unintentionally hilarious) & the youngest daughter behaving strangely believing she can see her dead father in the lamp. 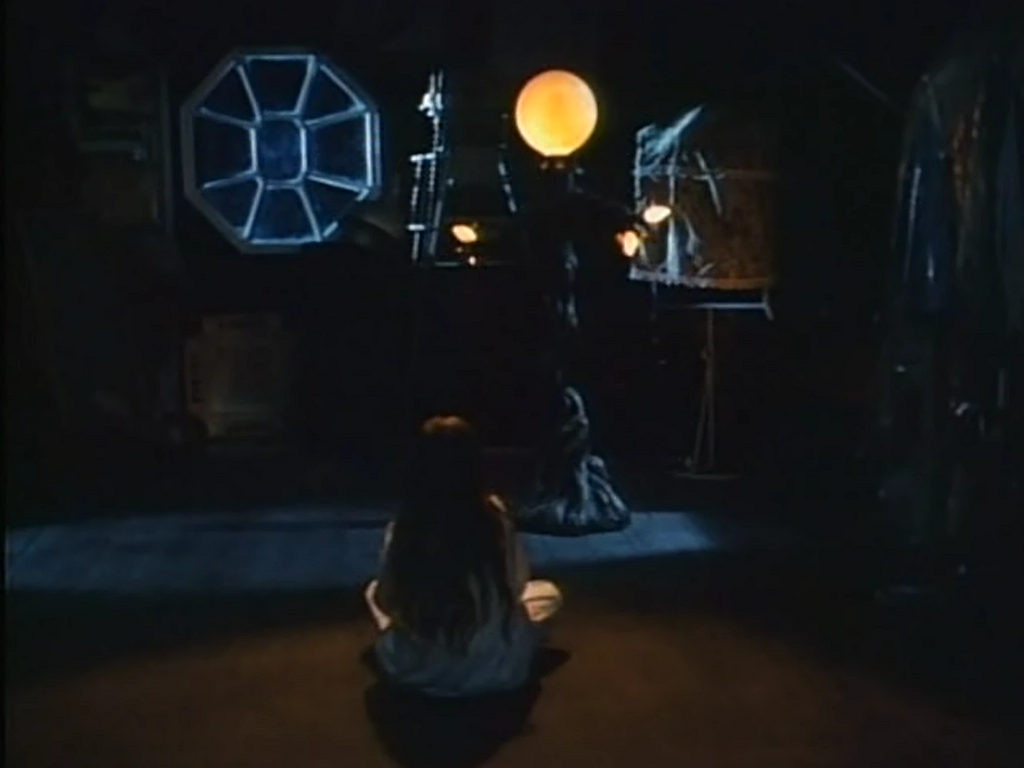 Yes, this really as bad as it sounds. There are so many faults with the most glaring being the terrible attempt to make a freaking lamp scary. Don’t get me wrong it’s a cool looking lamp (I’d take it provided it was demon-less) but freaking the pets out, turning the odd appliance on & waving the cord around like a snake isn’t scary!

The little girl manages to out-creep everything the demon tries to do & her insistence that the priest come inside is actually pretty effective.

That’s about all that is though as the movie just drags & drags feeling hours long as nothing of significance happens. Its incredibly boring with hammy acting & far too many moments that amuse rather than scare. The possessed chainsaw bit is hilarious as the kid’s hair changes colour whenever a dangerous scene occurs (clearly an adult with darker hair). 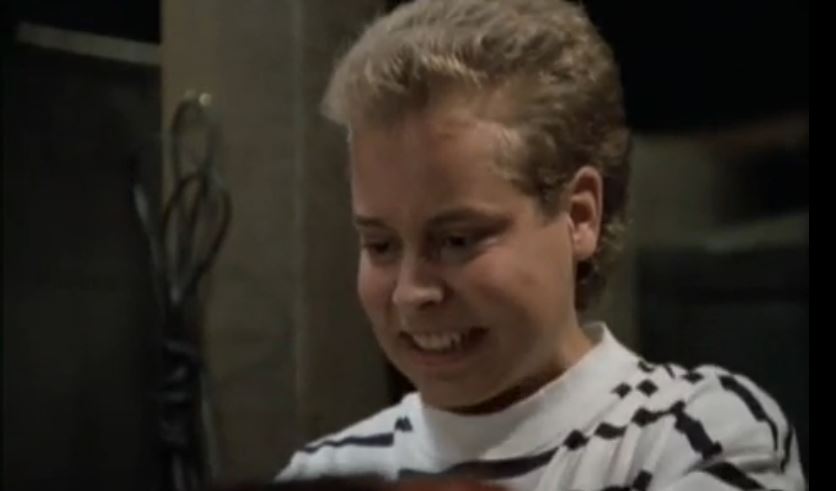 Add the plastic bird & the fake meows coming from the cat which sound more human than any kind of cat. I guess it didn’t want to be part of the movie.

The final shot of a scared shitless cat with demonic eyes is just the final nail in the coffin for this terrible horror movie. 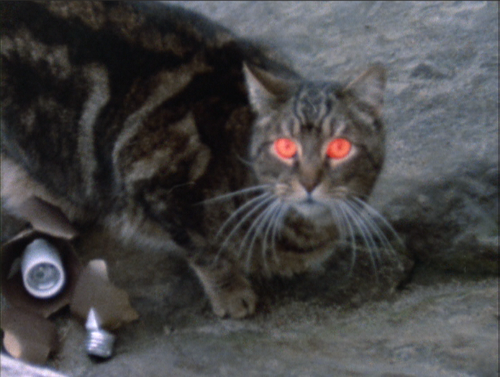 Err…only another 9 more movies to go (as well as two more to be released in the future).