Larry Laffer is a 40 year-old virgin desperate for love. He travels to the city of Lost Wages in the hope of finding his true love and maybe get laid along the way. The only problem is Larry is hopeless with women…and his leisure suit is pretty awful.

Leisure Suit Larry: Reloaded is a remake of the 1987 first game called Leisure Suit Larry in the Land of the Lounge Lizards. In 1987 it was deemed offensive because of its sexual tone with many game sellers refusing to stock it & an employee even quitting over of its content.

How times have changed…now its content seems tame, even childish in comparison & it’s hard to see how any adult could be offended by such low-brow sexual comedy. The jokes are groan-worthy & you’ll have heard much worse in teenage comedy movies such as American Pie.

The jokes might not have aged well but the game as a whole is a lot of fun with classic point & click gameplay mixed with modern visuals & sound. 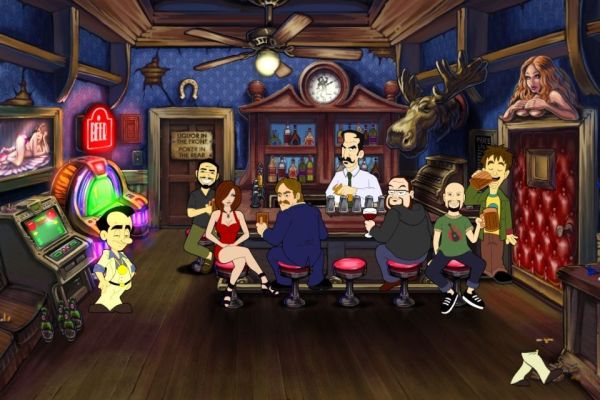 So the goal is to get Larry laid…the city of Lost Wages is free to explore from the very start (limited locations though – of course). Moving around, interacting with things & talking to people…it’s all part of the point & click experience. If none of that works maybe try licking it? Larry has a few more interactions that aren’t usual for point & click games.

The voice acting is pretty good throughout (although the jokes about his bad breath can get tiresome) & the narrator stands out as the most witty of characters.

Reloaded is still a puzzle game at heart but rather than trying to work out how to escape a crypt or something…Larry has to woo one of several women. The puzzles can be quite fiendish at times & the plot won’t advance unless you’ve got everything. 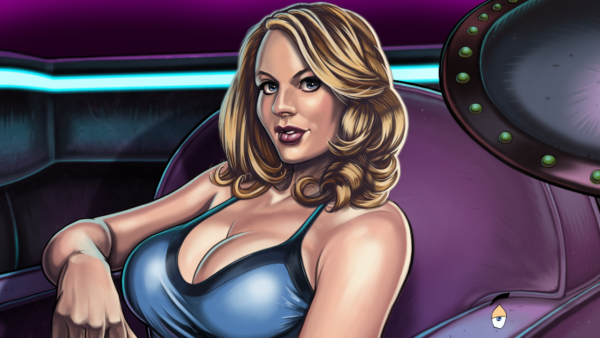 Like all good point & click games everything falls into place once you start collecting items & it mostly makes sense throughout. It’s not always the most free-flowing game & some tasks can be quite unnecessarily repetitive (such as changing the TV channel for the pimp…why does it take so long?).

It is interesting though & Larry is quite lovable (his out of time pick-up lines are great fun). The game keeps that 80’s feel throughout & is smart enough to still teach responsible lessons along the way. Seriously…have unprotected sex with the prostitute & see what happens!

Visually the game is very pretty & detailed, although some more than others. The interface is pretty good as well although the constant switching between task icons can be a bit much. 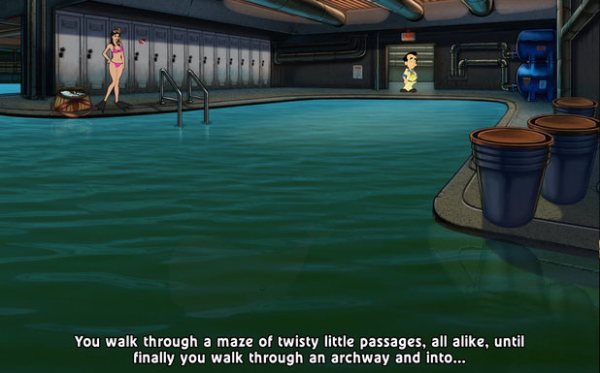 The biggest problem in the game is the length…the game is very short & can be completed within a few hours. It’s over as soon as it began.

A fun & interesting point & click that is unashamedly cheesy but has a certain charm. The linear nature of progression & short story holds it back from being one of the best in it’s genre though.