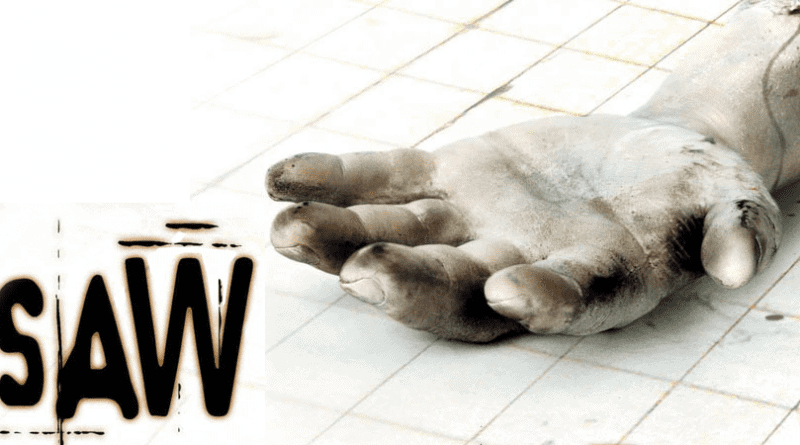 With eight films already in the franchise and another in the works, it’s very easy to forget that when the original Saw movie was released back in 2004 it was lauded as breath of fresh air for the horror genre. Hugely popular, it made over 100 times its budget and turned first time director James Wan into a household name.

If it wasn’t the grimy and gritty visuals that had people talking about it, it was the twist ending that shocked audiences.

Saw’s success can’t be understated and even though the franchise has been milked to death now, it still proves to be successful with each new release. Apparently, audiences can’t get enough of the torturous and mean-spirited films. 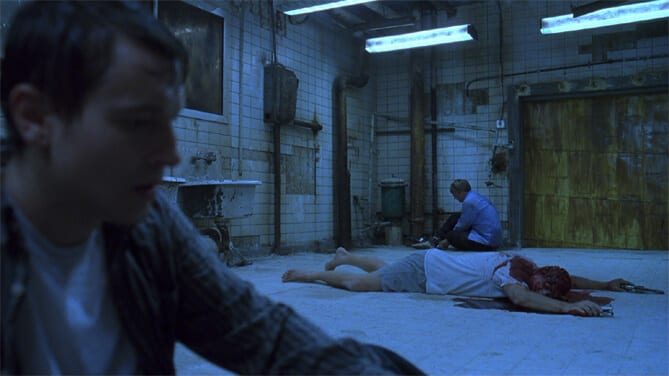 Two men wake up in a filthy and dilapidated bathroom chained to pipes on opposite ends of the room. Neither know the other and naturally they’re confused and disorientated by the events that have befallen them. Before panic can really set in though, they notice the corpse of man who has been shot in the head in the middle of the room. In one hand he holds the gun that killed him and in the other a tape recorder.

Adam (Leigh Whannell) and Lawrence (Cary Elwes), the two men chained up in the bathroom discover they have a cassette in their pockets. Once in the recorder, a deep and gravelly voice rings out telling them that they are part of a game. This is Jigsaw, a notorious criminal who puts his victims in life or death situations to test their desire to live. 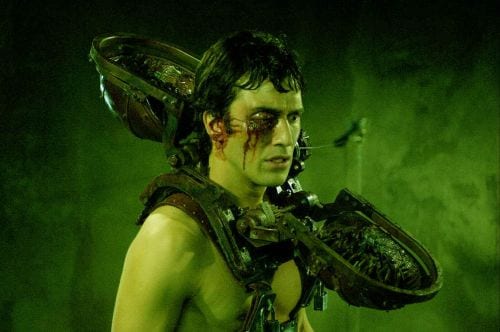 He sees it as punishment for past sins and a chance for redemption. Even though most of his victims will be both mentally and physically scarred afterwards.

We’re not going to get into the semantics of Jigsaw’s tests and the absurd notion that just because he hasn’t wielded the weapon, he isn’t actually a murderer. That’s not for this review but rather a deeper look at the Saw franchise overall. 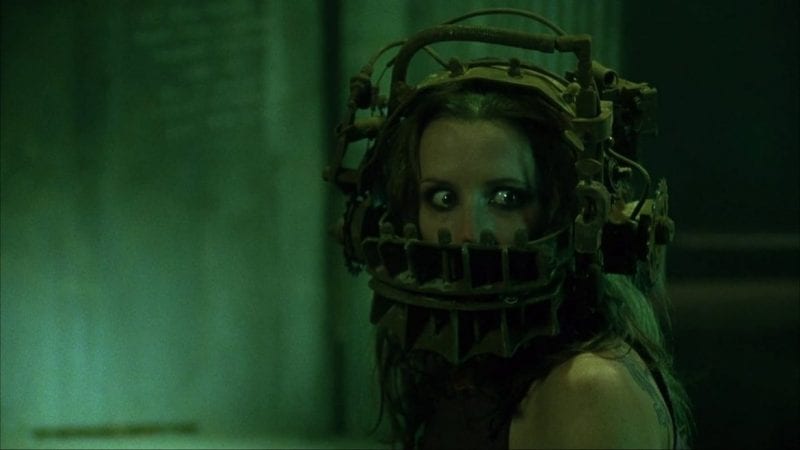 Regardless of the character issue, Jigsaw is a modern horror icon and Tobin Bell will go down in horror history for his portrayal.

Through flashbacks and side-stories we see how the police were trying to track Jigsaw down, how Lawrence became involved and where Adam links in. It’s a well told tale with the jumps in time and place working and coming together wonderfully well at the end. There are lulls and at times the movie slows down a bit too much but most will find themselves engaged.

It’s not the story that makes Saw an off-putting experience but rather everything else around it. 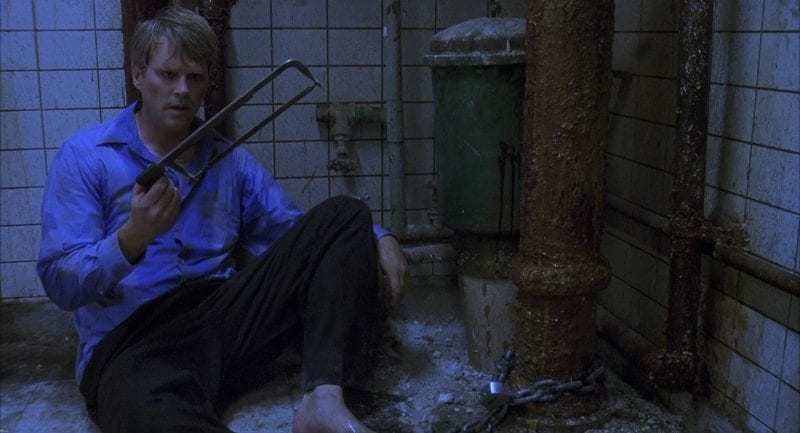 Visually it’s a ugly film, a grimy movie with a lack of colour and often shrouded in darkness. It might fit the story being told but it doesn’t make for a pleasant watch. This style would be the staple of the series going forward too. Every director afterwards obsessed with being as gritty as the last.

Here, it is more forgivable because it is the first film in the series. What isn’t so forgivable is the hit and miss acting, the unlikable characters and shock tactics of the gore.

This is what we call a torture-porn movie, one that begun a brief (thankfully) boom for the style. Uber-violence dished out to a person or persons in a realistic and gleeful way with very little cuts so we get to experience it at its most visceral. Some enjoy it, plenty don’t and the fad seems to have disappeared into obscurity nowadays. 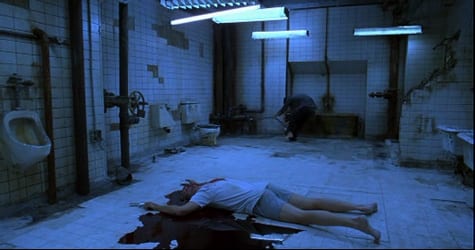 While this entry is nowhere as extreme as later films in the franchise would be, it’s still very in your face. 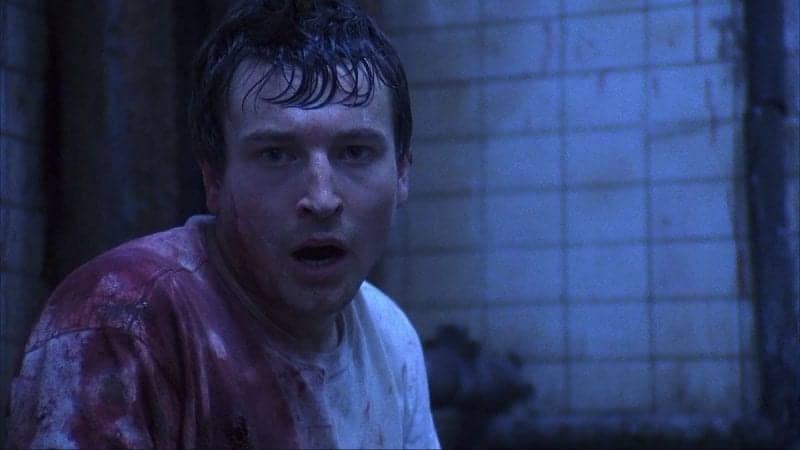 Saw, while nowhere as good as many would have you believe, does still hold up. Its impact is lessened by multiple watches and by an abused franchise but it can be ranked amongst the modern greats.