Pandorum is a Sci-fi horror film that was directed by Christian Alvart, it released in 2009. In deep space, Corporal Bower and Lieutenant Payton are improperly awoken from hyper sleep. They’re aboard the Elysium. Both men have amnesia but remember almost everything about their training. The ship has a nuclear reactor that is becoming increasingly unstable. They soon discover that the Elysium is crawling with horrifying, cannibalistic humanoids. 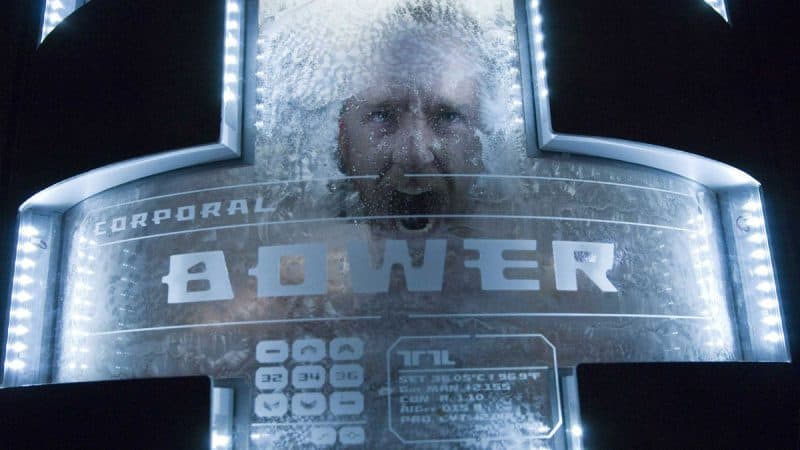 Payton attempts to access the ship’s computer. Meanwhile, Bower uses the ventilation system to search for the reactor. Subsequently, Bower encounters two other survivors and encourages them to band together. The trio flee the creatures into a barricaded chamber. After that, they find a cook named Leland. Payton finds Corporal Gallo. He claims that the ship is lost in space. As a result, his crew lost their minds and he killed them in self defence. 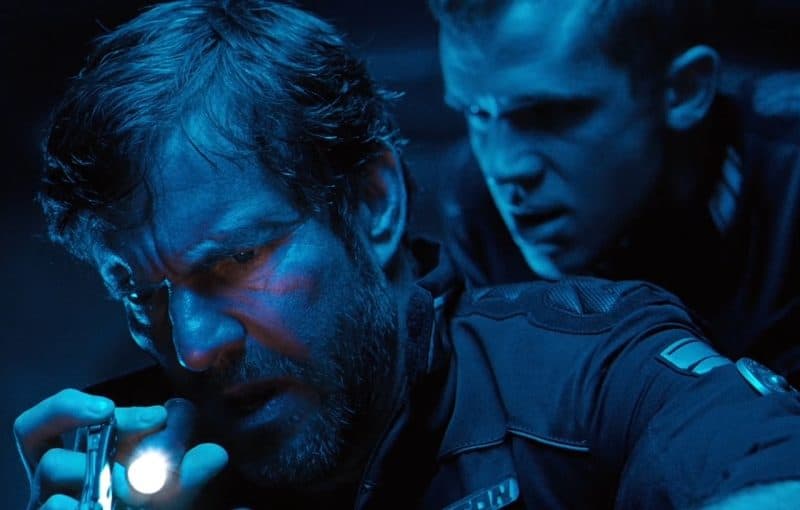 Leland feeds Bower’s group. Afterwards, he shows them mural drawings depicting what happened. After Earth vanished following an unknown catastrophe, Gallo went insane. He killed his crew, and induced Pandorum in other passengers. Gallo goaded them into becoming a violent and tribal culture. He then went back into hyper sleep. Colonists were given an enzyme with accelerated evolution. This was meant to help them adjust to life on Tanis. Their descendants turned into the cannibalistic mutants. Leland gases the group, intending to eat them. However, Bower convinces him the reactor must be stabilised.

Can Bower make it to the reactor in time? What will Payton do with Gallo? Also, can they all survive the bloodthirsty monsters and save humanity? Check out Pandorum to find out.

Over the years, Pandorum has developed a reputation. The horror community widely considers it to be unappreciated. I always had the same opinion. After watching it for the first time in years, I still believe it. However, it isn’t perfect, it has flaws. Regardless, I would agree that it deserves to be remembered. Firstly, the concept is awesome. In terms of a setup for a horror film, you can’t get much better. The idea of waking on a dormant spaceship alone, afraid and confused is frightening. Pandorum effectively delivers moments filled with dread. The idea of the condition known as “pandorum” may be fictional but it doesn’t damage its impact. How would the human mind tolerate the notion that their species were extinct? That there was nothing left to fight or live for? It’s a fascinating idea. 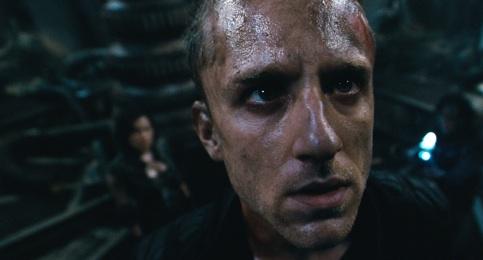 The monsters in Pandorum always reminded me of The Descent (2005). They are terrifying alone but even more so in a group. You get to see them in detail and the practical effects really hold up. 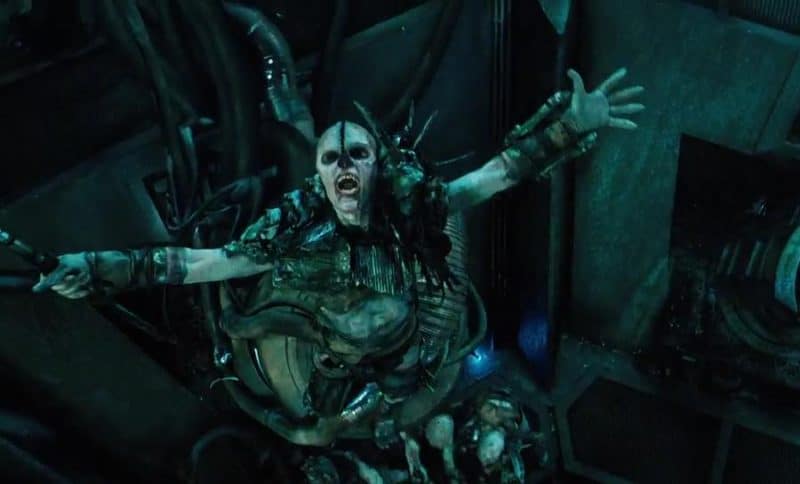 The acting throughout is solid. Ben Foster is intense as Bower. This is a physically demanding role and he deals with it well. There are some amusing lines of dialogue to listen out for too.

The editing technique used at times is jarring. It’s clearly done with the intention of disorientating the audience. Regardless, it’s just strange and feels dated. Also, I could do without the techno soundtrack. Finally, Bower has a weird weapon that seemed to have multiple, convenient abilities. At one stage it creates a force field and later it obliterates a monster. Additionally, certain moments go by without explanation. These moments surround Bower & Peyton. There’s a big twist near the end but it’s handled clumsily.

Overall, Pandorum is good. I’ve always been a sucker for horror movies set in deep space. I can confidently say that this is one of the better ones out there. It is original and deserves more recognition. If this flew under your radar then make sure you check it out.