Peter, the president of Alpha Sigma Rho has decided that the latest pledges to the fraternity need have an initiation. He decides that they should spend the night inside the Garth Manor, a supposedly haunted house after murders took place there years before.

Raymond Garth, the owner of the house strangled his wife before killing his four deformed children. However, the youngest child, Andrew Garth’s body was never found and is rumoured to still be in the house.

The four pledges agree to the initiation with only Marti (played by Linda Blair) having reservations about staying in the house. Not because she’s particularly scared of it or anything but rather she’s not sure why she’s bothering to go through this just to join a fraternity.

Inside the foursome set about trying to settle down for the night (drink, sex…the usual for an 80’s horror) but Peter & a few others are set on scaring them using pre-planned devices & noise machines.

Unfortunately for everyone involved Garth Manor isn’t just haunted, it’s got a couple of killers roaming the halls too! Tonight really will be hell! 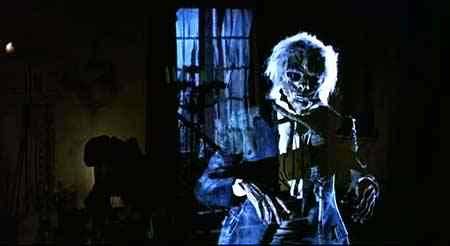 Part haunted house & part slasher horror, Hell Night is an average movie that always feels like it’s holding back up until the final few minutes. The plot may be basic but the back-story surrounding the killers is vague & unsatisfying. It’s not helped by a myriad of below average actors with cheesy dialogue & nonsense decision making.

The movie has its moments, plenty of them in fact with some nice looking deaths & some fun chase scenes but it offers very little in the way of originality even back when it was first released!

It’s really looking it’s age now with some of the effects looking partiualry ropey but the gory moments hold up very well. They are few & far between but really pack some punch (decapitations, violent neck breaks & spike fence through the body to name a few).

A bit of a cult-favourite now, it’s one I don’t fully understand why though. Hell Night is nothing special, nor is it so bad it’s good…it’s just a below average slasher/ghost story with laughable acting! 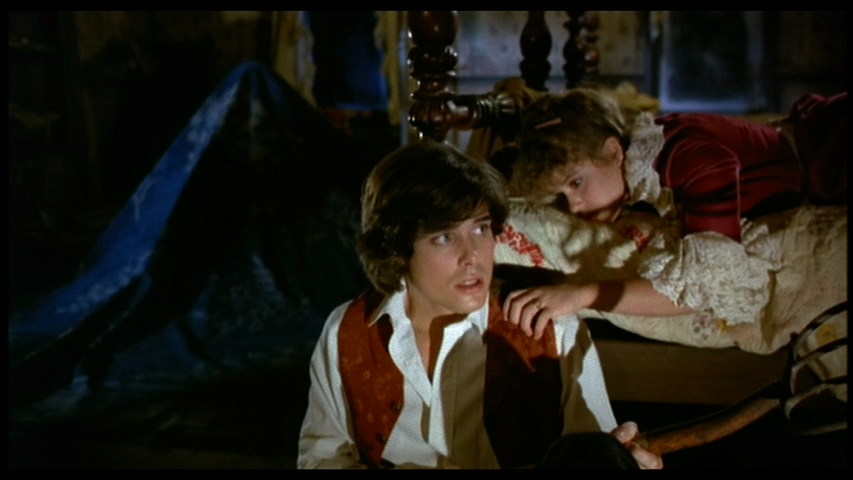