The fourth instalment of the Final Destination franchise drops the number in the title & instead implies that this is the last in the series. Which it kind of is technically (we’ll get to that in the review of the fifth movie). You can read our reviews of the series so far below. 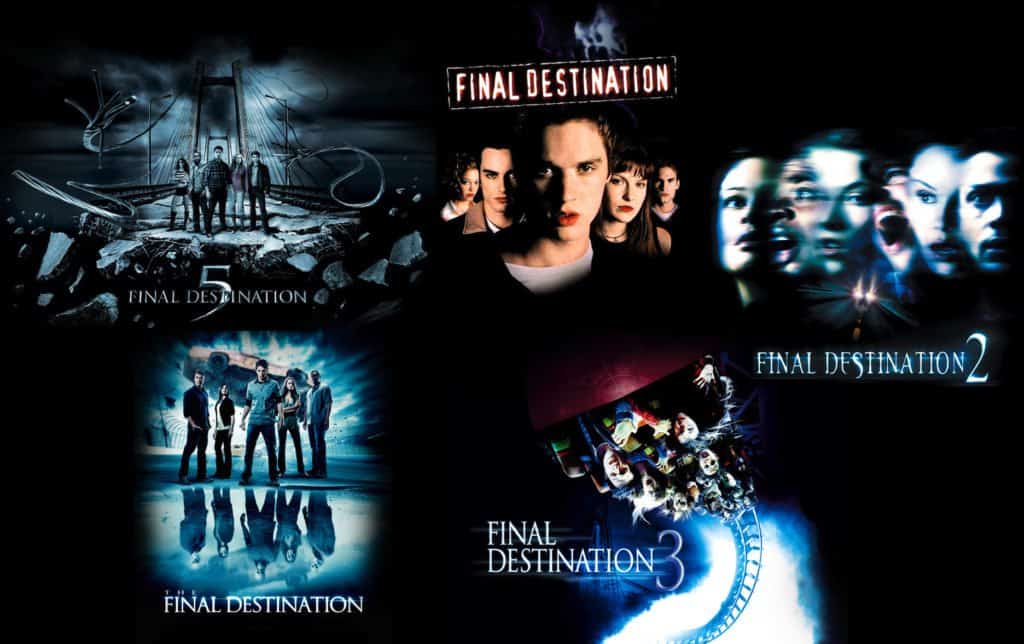 It won’t surprise anyone that this sequel is the most empty & lacklustre of the series so far. One that offers nothing new within the overall story at all, instead focusing on over the top CGI deaths topped off with 3D effects.

The Final Destination is widely considered to be the worst of the series so far yet it is also the highest grossing so far. It doesn’t seem to matter how little effort is put in, the fan base just keeps on coming.

This time round the story surrounds Nick O’Bannon (Bobby Campo) who is attending a speedway race with his girlfriend, Lori (Shantel VanSanten) & their friends. As per usual he has a premonition that sees the cars crash into the crowd which in turn causes the stadium to collapse killing everyone inside.

When he snaps out of it, he panics causing several other spectators to get kicked out & annoyed by him. A fight starts resulting in a group of them being kicked out by security. Once outside the premonition comes true & everyone left inside dies.

Immediately afterwards, the first death occurs as a tyre comes crashing out of the stadium & decapitates one of the survivors. Who was she? Who cares! The Final Destination doesn’t, it just wants to show you CGI blood, gore & objects flying towards the screen.

As per usual, the rest of the survivors all start dying in stupidly convoluted ways. Such as the racist guy who gets dragged by his out of control truck & set on fire or the overly-horny jock who gets his guts sucked out by the suction of a pool drain.

It’s just death after death with little in the way of plot to hold it together. Nick realises that Death is out to finish the job so along with Lori sets about trying to stop anyone else from dying.

I literally could have cut & pasted that from the previous 3 movie reviews. There is absolutely nothing new added to the story & to make matters worse it even copies a death from the first movie & throws in a second premonition sequence!

The biggest clue that The Final Destination doesn’t care about good characters or a decent plot is the opening credit sequence. During the titles, it shows the deaths from the previous films but in the style of x-rays. They know why you’re here, you’re here to see people get chewed up by escalators or crushed under bathtubs.

It is really hard to find anything positive about The Final Destination. The cast are average at best but considering how bland the characters are it’s not like they had much to work with. As the lead Campo really struggles, his reactions feel forced & his dialogue is often cringe-worthy.

The one thing any Final Destination should be good at is memorable deaths but here we get some of the most forgettable of the series so far. The opening premonition is initially thrilling but once the CGI blood starts flying you’re completely taken out of it. Just like the previous movie, the second premonition sequence is far better but just comes across so lazy.

Beyond predictable now, the movie lack scares, tension or any real entertainment. If you haven’t given up on the series already, this will do it.