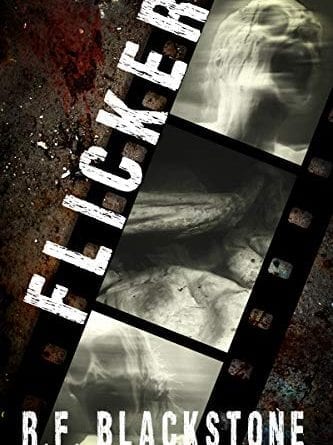 R.F. Blackstone was born in the slightly off town of Newcastle on the coast of Australia. He learned how to survive life in the land Down Under where everything can kill you.

The son of a stage actor, magician and teacher, R.F. Blackstone had an interesting upbringing learning to see the world in a different way. Now taking that slight skewed way of looking at the world and applying it to his writing. He has spent 10 years writing scripts before trying his hand at novels.

Currently he lives in Mexico City, where he enjoys tequila, tacos al pastor and pumping out stories. 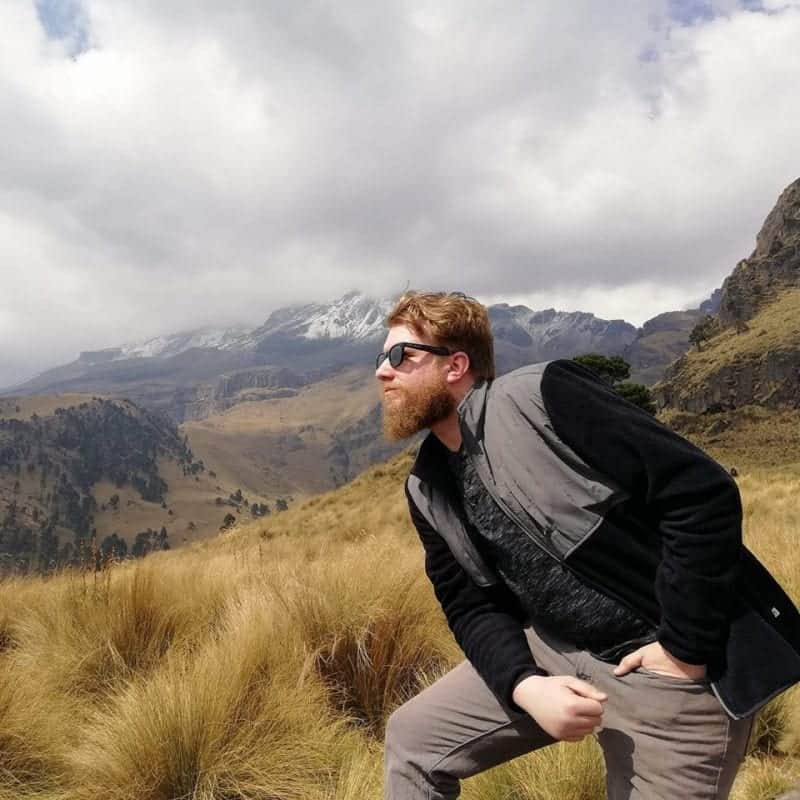 Flicker is his latest self-published novel and is not for those with nervous dispositions. It’s violent, gory and brutal but equally fascinating, addictive and witty.

The star, Don English is a private eye and we meet him during a tense standoff. The man plans to kill English and take what he found for him but Don isn’t going out quietly. The pair have a destructive fight that results in Don managing to kill his attacker but end up badly wounded. It’s a hell of an intro and we instantly see the gory descriptive style that R.F. Blackstone will employ throughout Flicker.

Sometime later, Don gets a visit from a woman at his office. She wants to hire him to find something for her. Something that is said to be lost and/or destroyed. Don doesn’t like or trust the woman so initially isn’t interested but the money she is willing to pay him changes his mind.

So just what does he have to find for her? A movie. The last movie ever made by a director that was said to have lost his mind making it. What makes this movie so special? Well, it’s a snuff film, one of the most horrifying visuals ever created and everyone involved has either wound up dead or disappeared.

It seems like an impossible task but that’s never stopped Don English before. Find some leads, follow them and find the movie. Easy right? Well, the closer Don gets he slowly begins to uncover the horrifying truth and sees that this is a movie that is better left lost.

Let’s think about this for a second. A movie so depraved, so disgusting and so horrible…why would anyone want to see it? Do you remember the video nasty panic of the 80s? Those movies being prosecuted and banned just made them all the more desirable. Tell someone they can’t have something and they’ll want it. Tell someone they shouldn’t watch something because it will destroy their mind and they will want too. It’s being human.

Keep that in mind as you read Flicker because by the end there isn’t much in the way of humanity left. Don’s journey is one that few will forget as both he and us are assaulted by the kind of vomit-inducing sights that would make Clive Barker say “steady on”.

R.F. Blackstone isn’t shy in making sure we experience every moment of seared and rendered flesh. His style is descriptive and even if you don’t have much of an imagination you won’t be able to not picture what he describes.

The story is really interesting too. As Don finds out more and more about the director and the movie, so do we. His fascination grows alongside ours and even though he knows he should just walk away, he can’t. Just like we know we should stop reading but we just can’t.

It’s a shame that Don himself isn’t really a character that is easy to like. His manner and ‘seen it all’ attitude are not endearing and by time we begin to warm to him, it’s all too late. It’s his story so while we do get plenty of other characters, they’re often just there to jump in and jump out without much in the way of impact.

Probably the biggest negative I can throw at a story that I thoroughly enjoyed is its ending. The build to it is so exciting and the twisted part of my brain couldn’t wait to experience the movie as it is finally shown. I was envisioning the most depraved horrors of all as madness takes over the watching crowd and while that does happen, it feels lacklustre. Especially by comparison to what we’d experienced up to that point.

That disappointment is short-lived though as the final payoff, the final pages deliver a black-fuelled humorous ending that had me nodding my head in approval.