In honour of it not just being Friday the 13th but it being Friday the 13th in the month of Halloween we have the definite ranking of every movie in the slasher series! A series that we’ve reviewed in its entirety including the crossover with Freddy Krueger, although that’s not being included in this list as it’s as much a Nightmare movie as it is a Friday movie. You can read the review for it right here though.

Now the obvious way to watch the Friday the 13th series is in order. It’s a cool way to see the progression of filming quality & style while also seeing the evolution (and occasional devolution) of Jason. However, it’s not necessary, these are slashers movies & while a couple are linked together through other characters, mainly Tommy Jarvis, it’s not exactly difficult to follow.

This ranking is based on our initial review score. The higher the score, the closer to the number one spot the movie is! In total there are 10 original Friday movies & the one remake.

Jason goes on holiday! For…reasons. In a strange turnabout though, most of the movie isn’t actually set in Manhattan. The plot basically sees Jason reanimated yet again & stowing away on a cruise ship where he sets about slaughtering everyone aboard. Eventually a few survivors escape on a lifeboat & land at a Manhattan pier but Jason is right behind them.

The worst of the bunch. An absolute chore to get through & one without many entertaining kills either. Read our full review here.

The Final Friday…at least until 2001 when we got Jason X! The story has gone off the rails completely at this stage & the ending of the last movie, Jason Takes Manhattan is ignored. Jason is alive again but only for a short time. The opening of the movie starts like any Friday movie ever but in a surprise twist it’s a setup & Jason is destroyed.

His body parts are taken to a morgue where his heart is revealed to be still beating & it’s not long before he is possessing others! Jason lives…sort of.

The only good thing about The Final Friday is the gore, there are some really cool looking effects but the nonsensical story drags it down heavily. Read our full review here.

Originally planned as a Jason origin story (yeah, because we needed another one of those) the remake instead takes the first four films & jams them all together to make a sub-standard movie that offers nothing fresh or interesting to the slasher genre.

If you’ve never seen a Friday the 13th movie before, the remake isn’t the worst place to start seeing as it combines so much of the original. However, it’s dated as hell already & will leave you puzzled as to why the series has such a cult following. You can read our full review here.

The first Friday movie that would following the series’ original end film, Part IV – The Final Chapter. It’s also the first that takes a character from a previous film & continues his story. Tommy Jarvis, now 17 years old has been in & out of mental institutions since the events of Part IV & is now being moved to a half-way house for troubled teens. Clearly, he is not ok appearing moody & withdrawn.

This is purely to try & make you wonder about his mental state. It’s disappointing to see the movies take a big step-back considering up to this point there hadn’t actually been a bad one. It’s interesting to know that this was supposed to start a new series of movies with Tommy as the new killer but the lack of success meant we would see Jason return fully in the next. You can read our full review here.

The New Blood sadly chooses to abandon the more comical fun edge of the previous movie & instead take ideas from the first 5…oh, and Carrie. Excitingly though this would be the first time that Kane Hodder would take over the role of Jason arguably the best Jason of the bunch.

What a disappointing entry in the series, Part 6 clearly set the standards too high. Rubbish acting, boring characters & a telekinetic side story that just feels lazy. The star is Jason & it reminds me of how the Nightmare on Elm Street movies went with more focus on Freddy. Kane Hodder is the perfect Jason, big & hulking but able to show more personality then I’ve ever seen in the masked killer before. You can read our full review here.

In the 8 years since Jason Goes to Hell, the masked menace has seemingly escaped Hell & been captured by the US government. Long story short, Jason gets frozen & ends up on spaceship 445 years in the future. Unsurprisingly he wakes up & goes on another rampage, one with some of the most imaginative kills of the entire series!

Entertaining at times & with a real desire to change up a tired formula, Jason X hits a lot of the right notes. It’s let down by a poor final third, awful acting from KM-14 & a big cast that are mostly irrelevant. You can read our full review here.

Like so many sequels in the 80s, the third in the Friday series boasts 3D!

Starting straight after the events of the 2nd movie (with another lengthy recap as well) Jason, injured makes his way to a local store where he dispatches an elderly couple with a cleaver to the chest & knitting needle to the head. Any chance of a more urgent story quickly disappears as the story flips to the latest group of teens arriving at a farm house in the Camp Crystal Lake area.

Jason needs to recuperate so chooses the same barn from the second movie. Part III is a pretty fun flick for the most parts. The ground it rethreads (and there is a lot of that) is handled better & the characters are much more interesting. You can read our full review here.

Part II brings Jason to the film series, often forgotten that he was not the killer in the first film. This is sack wearing Jason too, the iconic hockey mask isn’t here yet. Just as good as the first although the lack of an impressive killer reveal doesn’t quite leave the same mark. The introduction of Jason does mean the series really gets off & running now though.

That being said it’s not a bad slasher movie with plenty of varied deaths & gore. Although it also has a habit of doing off-screen kills as well just for a body to be later discovered. You can read our review here.

This is where it all began. Often seen as the best but on repeat watching it has some glaring issues. Friday the 13th is one of the most famous horror movies ever made though & has been responsible for some of the most iconic & memorable scenes in horror. The ‘chchch ahahah’ sound effect is probably as famous as Jason himself!

Pamela Voorhees is the shining light in this movie & I can only imagine how shocking the twist must have been when first seen. 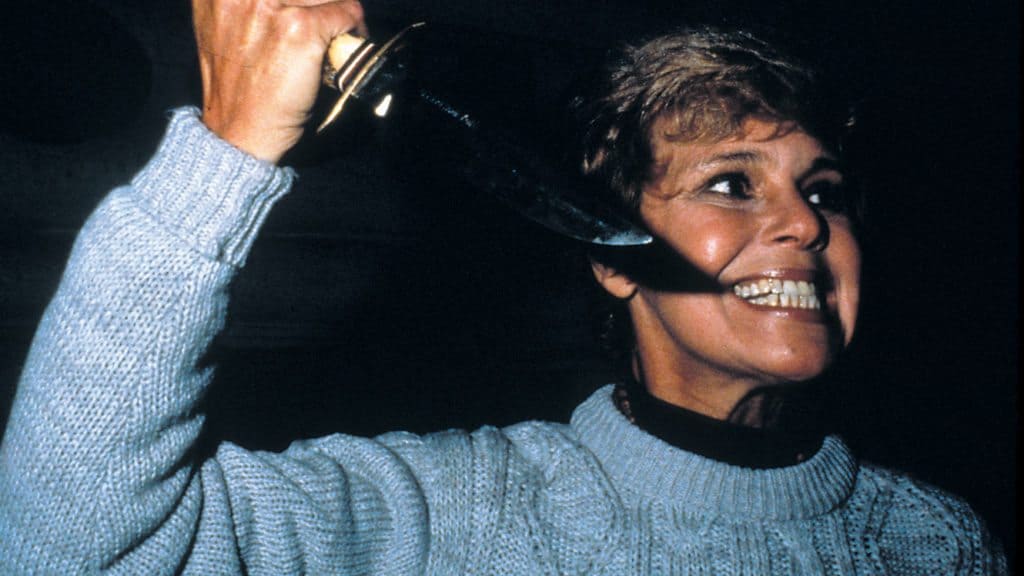 Friday the 13th is a fun movie for the most part, character development is un-important but it builds mystery well & has enough death to please most gore-fiends. It’s interesting to see how the series begun & definitely creates interest in seeing where the other 9 are going to go. You can read our review here.

The 4th movie in a ten movie series was laughably once going to be the final Friday. The Final Chapter is anything but that but is a surprisingly great slasher horror. One that introduces the Tommy Jarvis story!

Continuing on from the 3rd movie Jason is supposedly dead & his body is taken to a local morgue. Why no-one has checked if he is actually dead (pulse/breathing) eludes me but it’s not long before he is up, killing the sex-starved mortician & the nurse.

Another Friday the 13th movie so another group of teens on their way to hang out at a cabin in the Camp Crystal Lake area.

The film has some of the best acting of the series but everyone is out-shined by the young Corey Feldman who does a great job of seeing the boy within the monster & taking advantage of that. Ultimately as much as this was called The Final Friday the ending with his crazy pounding on Jason was clearly designed to set up a potential sequel.

An improvement over what has come before…just. Happily, Friday Part 4 is very entertaining & doesn’t over-stay its welcome. You can read our review here.

The 6th Friday the 13th movie opens with our old pal Tommy (now played by the always awesome Thom Matthews) on his way to Jason Voorhees grave. It seems as though Tommy is still suffering from Jason-related hallucinations & figures making sure he is dead once & for all is the answer. His plan is to dig him up & burn his body being helped by a friend from the hospital he’s been staying at.

They dig Jason up who is nothing but a rotten husk of a body (looks really good) but Tommy snaps & starts to stab the body with a large metal pole…did I mention that it’s a stormy night too? Leaving it stuck in Jason’s chest Tommy turns to get the gasoline & lightning strikes the metal pole resulting in Jason’s reanimation. It’s a brilliant idea & turns the once human Jason into a super-powerful zombie!

The best Friday movie without a doubt. Great acting, some great deaths (the sheriff being folded in half had me grinning), decent gore, great effects & a story that makes a lot of sense…it’s well worth watching even if you’ve not seen the 5 that came before. You can read our review here.