WWE games sure have come a long way since WWF Attitude on the PS1. That game is my earliest memory of a wrestling game. It wasn’t particularly great or anything but getting to actually play what I was watching on TV was great fun. I continued to play the games beyond Attitude. Playing WWF No Mercy on the Nintendo 64 with my brothers left me with some fond memories. Skipping on, we had quite possibly the greatest WWE wrestling game of all time. On the PS2; “Smackdown! Here Comes The Pain”.

WWE 2K15 is the most recent wrestling game that I have played. I knew it was lacking in areas but I didn’t really expect it to be lacking as much as it is.

2K15 serves as the first game in the series to signify the “new generation”. It places a heavy emphasis on traditional and more relaxed gameplay. That’s unlike the arcade-like combat prominent in previous installments. WWE 2K15 adds several new features to compliment main theme based around naturalism. It adds a new chain grapple system at the beginning of matches, slowing the pacing of the matches. Also, there’s a new stamina bar to reflect and portray the quality of matches produced on WWE television, in the game.

There are two main modes you’ll find in the game. Firstly, 2K Showcase = the story mode which is similar to WWE 2K14’s 30 Years of WrestleMania mode. Similar in that it focuses on historical events. Yet, it’s more like the Attitude Era mode in WWE ’13 where it focuses on specifics rather than generalities. The mode goes into more depth, giving more detailed looks at personal rivalries.

It treats them as mini-documentaries. Featuring 33 matches, the 2K Showcase is highlighted by two rivalries. The first is Hustle, Loyalty, Disrespect, which focuses on the rivalry of John Cena and CM Punk from 2011-2013. This started with Punk beginning to rebel against Vince McMahon and the way he ran the company. Then later when he claimed he didn’t earn the respect he deserved. The other is Best Friends, Bitter Enemies, which chronicles the rivalry between Triple H and Shawn Michaels from 2002-2004. This is where Triple H betrayed Michaels after his return to action to prove himself as the better of the two. 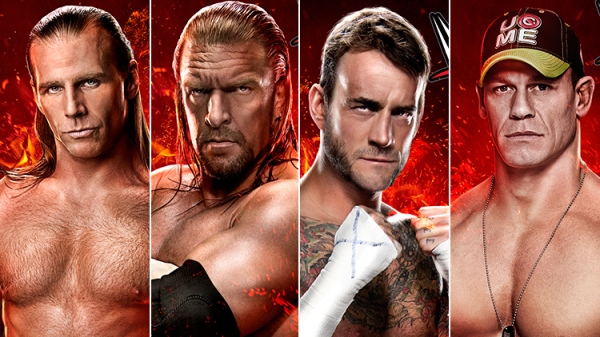 Then there is My Career mode in which players take on the role of a Superstar made in the Creative Suite and follow the evolution of their WWE career, from the WWE Performance Centre and NXT to the main event at WrestleMania.

Other than those two modes, you obviously have the standard selection of single play match types.

If you’re a fan of WWE video games then 2K15 is certainly worth the £10 that it would likely cost you today. However, if you were one of those poor souls who decided to buy the game for full price then I can understand if it left you feeling short changed. There is just no denying it; the game has a number of notable aspects missing that were present in 2K14, calling it bare-bones wouldn’t be unfair.

Many will dislike the new gameplay style which is much slower paced, grounded and realistic than ever before. I actually ended up really enjoying it because quite simply, it’s a nice change and actually challenges you. The A.I. is smart and easily capable of beating you even on the easiest difficulty which is great. You even have less time to kick out of pin falls and the implementation of the new stamina gauge is an excellent addition. If you’re hoping for a casual arcade style wresting game then look elsewhere because many will struggle here. Gone are the days of the quite frankly ridiculous reversal system which made previous games a breeze.

2K Showcase is where the game truly shines. It was smart to focus on one of the hottest feuds/storylines of the modern era in Punk vs. Cena.  It’s really cool to relive some of the great moments from that feud. It’s just as fun to do in the HHH vs. Michael’s rivalry. Unfortunately this can be completed relatively quickly if you’re decent at the game. Still, it’s still a nice trip down memory lane and cool for anyone that missed out.

Career mode is really fun but extremely flawed. Creating your own superstar and dominating your way to the top is fun. Unfortunately, it doesn’t make much sense in the ways it’s executed. There is some nice continuity between your star and another during your run. This was definitely appreciated. It would have been nice if there had been a couple more storylines thrown in. That’s other than having random matches most of the time. Even after beating the likes of John Cena, HHH & The Undertaker, I still found myself being put in dark matches week after week.

Talking of creating your own superstar, the words bare-bones feels the most relevant when looking at this area of the game. The options are extremely limited. Also, the lack of an ability to create a female character is simply ridiculous, 2K had issues bringing this to next-gen apparently. 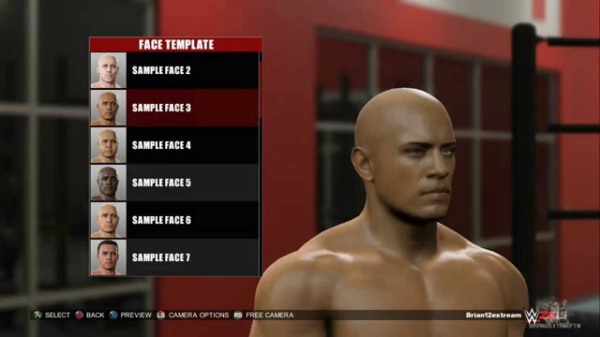 One of my favourite things to do in modern WWE games is download some of the crazy characters people have put time into creating. Unfortunately, 2K decided to shut the online servers for the game. This was less than two years after its releases. It made it impossible as well as making 4 achievements unobtainable in the process.

The roster feels lacking as well. it’s cool to see the likes of Bray Wyatt for the first time. Annoyingly there are far too many places are filled with different era versions of the same people. Also, I hope to see an improvement in the inconsistencies in how accurately certain wrestlers are portrayed visually. Some look downright laughable and then you have someone like Mark Henry who looks insanely realistic, sort it out 2K. I almost forgot, get used to listening to the same damn 5 songs on repeat!

WWE 2K15 is a wrestling game geared more towards hardcore fans rather than casual gamers. The gameplay is much more improved but it feels barren in almost every other department which is an undeniable shame and a very poor start to the next-gen for WWE. It ends up feeling rather average but it’s worth picking up if you’re a fan. I’d say it’s worth its current price-tag.