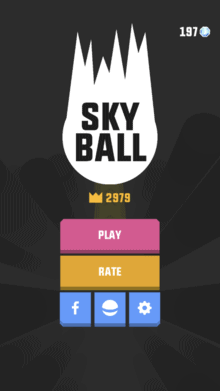 The latest free to play offering from mobile developer Ketchapp continues their style of pick & play, get bored within 10 minutes, type of games. Arguably the most prolific developer, their wide range of games might be formulaic but there is variety. Also they’re far from the worst culprit when it comes to in-app purchases.

That being said Sky Ball is one of their laziest releases to date. 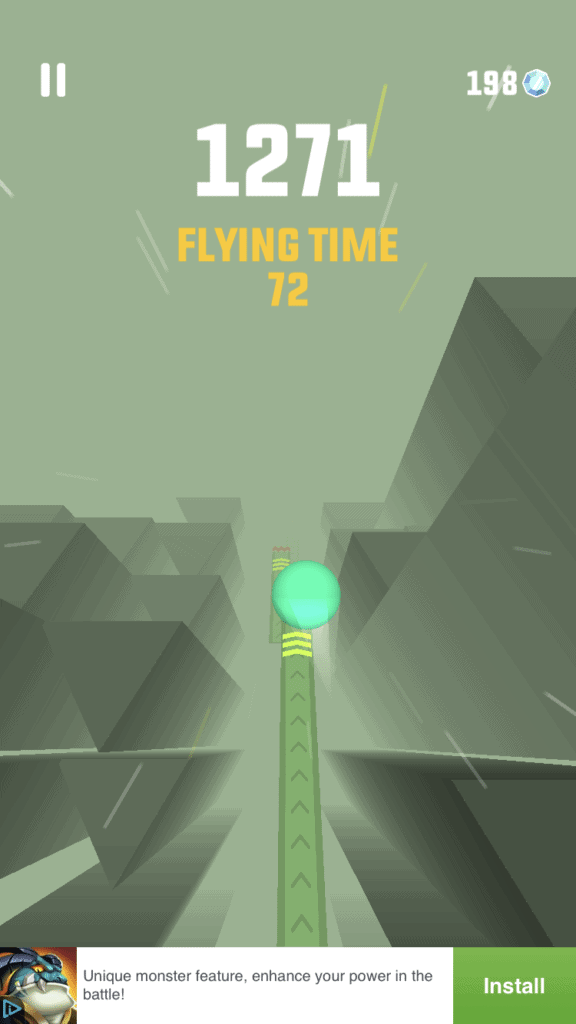 You control a ball as it speeds down platforms. The aim is to make it as far as possible by using boost ramps to fly in the air. Move left or right to control the ball’s position ensuring you’re always landing on another platform. Miss & you’ll fall to your doom ending the game.

To add some longevity to proceedings, Sky Ball includes collectable gems. These can be spent on new balls or blocks. Additionally there are 100 challenges to complete (as of version 1.0). It’s always nice to see Ketchapp avoid making the gems an in-app purchases. However, while everything can be unlocked in game you’re going to suffer through a lot of ads to unlock even a handful of different skins. 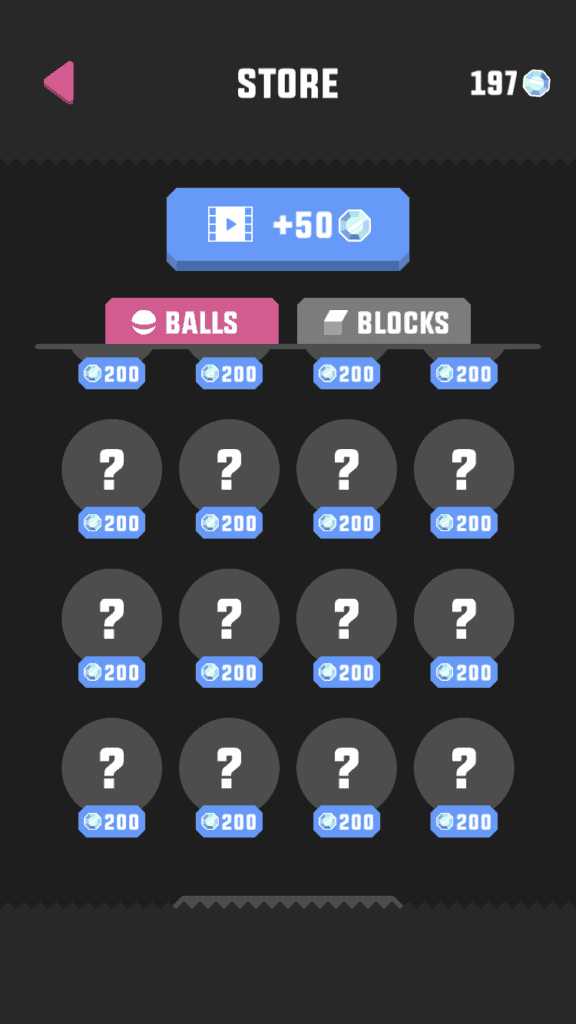 It is never a good sign that the very first thing that greets you as you load up the game is an ad. Even before you’ve seen the title screen.

Not only that, Sky Ball just isn’t much fun. The controls are simple but they don’t respond well. A deft touch is pointless here as the ball moves with pace no matter what. That’s going to result in many an accidental death. 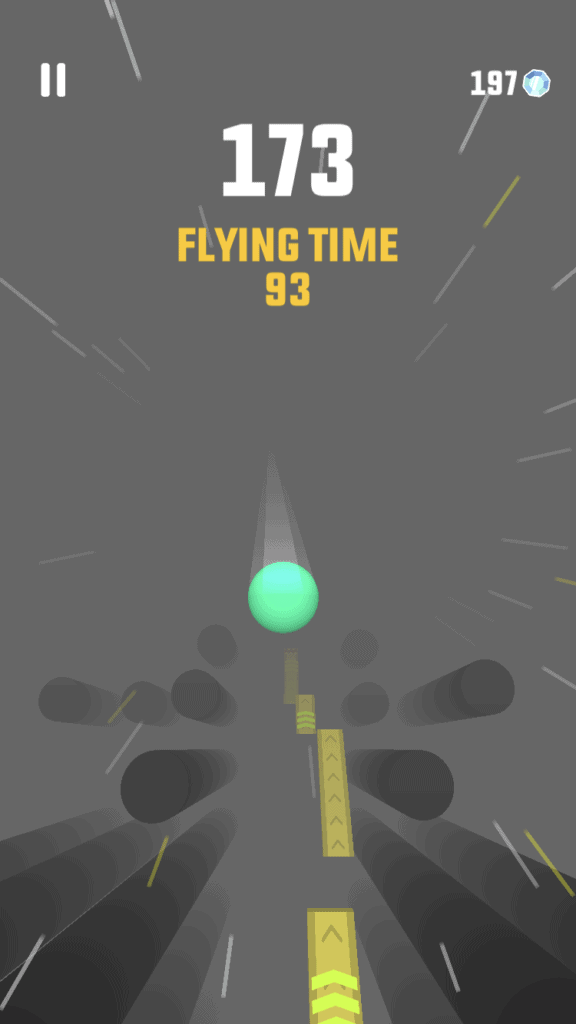 Sky Ball isn’t going to go down as one of the better Ketchapp offerings. Asking £2.99 to remove ads is hilariously idiotic as this is in no way worth 99p, let alone that much.