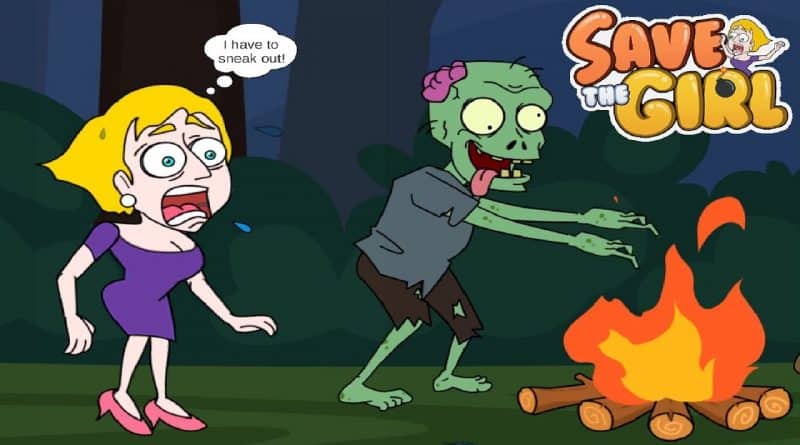 Chances are you will have seen the fake adverts on social media or the web for free to play games like Gardenscapes, Homescapes, Fishdom, Hero Wars and more. Not content with making rubbish games that are filled to the brim with ads and/or in-app purchases, the companies behind the these games have found a new way to try and trick users into playing their ‘games’.

These ads almost always showcase gameplay that is completely fake and in no way reflective of the actual game. You know the ones… they show a person in trouble and you need to make a selection to get them out of their predicament.

It’s shocking false advertising but they’ve been getting away with it. At least for now, although it should be noted more and more people are becoming wise to their lies.

Having seemingly paid attention to these ads, Lion Studios have a created a game based off these ads. Called Save the Girl, it is a free to play game and this review is for version 1.0.5.

A clever idea and certainly taking advantage of other developers stupidity, Save the Girl looks nice and is fun to play. However, rather then be smart and charge say… 99p for a full game with no ads, the developer has massively missed the point by jamming their game full of ads.

Disgustingly so, with an ad after every single level. Levels that last anywhere between 5 seconds and 30 seconds depending on how many mistakes you make. Although you’ll rarely make them as each puzzle has only two selections. So a 50/50 chance of getting it right, your only punishment for failing being another ad and a restart.

All of this makes Save the Girl hard to praise which is such a shame. A shame because it look lovely and is so simple, anyone can enjoy it. It also has a decent amount of levels although the ‘coins’ you earn are completely pointless. This might be something that changes in future updates though.

Had they gone easy on the ads, or just gone down the pay up front (reasonably) route it would be well worth checking out. However, the absolute abundance of ads and lack of challenge makes it one to miss.