Originally released in 2002 to mostly positive reviews, Resident Evil 0 is a prequel to the series so far detailing the events of the S.T.A.R.S Bravo team (the team that goes missing to set up the events of the first game) & one character in particular, Rebecca Chambers.

A new recruit to the team she was a minor character in the first game & popped up in the Chris side of the story. It was a clever idea to focus on Bravo team & Rebecca in this prequel but did effectively create a huge plot-hole in the game that would follow it chronologically.

The story begins showing an Umbrella owned train speeding through the forest in Racoon City. The train is attacked by a swarm of leeches that kill everyone on the train while a mysterious man watches from a nearby hill. Later Bravo team are on their way to investigate murders taking place in the mountains & forest surrounding the city when their helicopter has an engine failure & crash lands.

The team looks around & find an over-turned police transport that held the convict Billy Coen. The bodies of the transport team remain but Coen is no-where to be found. The team split up to try & find him which is how Rebecca finds the stopped train that was attacked earlier. She boards it, finds it in shambles from the leech attack & is promptly attacked by the reanimated dead. After being saved by Billy Coen she agrees to work with him momentarily even though she is disgusted with his crime of having murdered people (although there is more to this story that is revealed as the game progresses).

They are then attacked by the mysterious man from earlier & the train is set in motion, speeding towards an unknown destination.

Resident Evil 0 takes the classic gameplay from the original game & updates it for modern consoles & no-where is this more apparent then with the much improved controls.

There were a number of changes to the Resident Evil formula in this prequel, mainly the partner swap system. Rather than choosing one character at the start you’ll play as both Rebecca & Billy throughout (save for sequences when they are separated). With the press of a button you can swap between the two no matter their location, its mostly seamless although may take a few seconds if the distance between the two is far.

Both characters have their own talents. Billy is stronger & can take a lot more damage while Rebecca can mix herbs. This mechanic is central to solving many of the games puzzles (a mix of easy & confusingly annoying). When in control the AI will take over the other character & will act on your instructions.

The AI is mostly competent & will move to avoid attacks & fire as soon as an enemy comes into range. The only frustration here is that the AI will shoot whatever weapon they have equipped which can see hard to find ammo (grenade launcher/magnum) wasted on minor enemies such as zombies.

Resident Evil 0 takes place over a number of areas, some more memorable than others. The training facility in particular is unmemorable looking far too similar to areas visited in other Resident Evil games. The same can be said for many of the new enemy types that appear throughout. Infected monkeys, large insect like creatures, bats & leech men are just some of the enemy types that make an appearance here & all require different tactics to get past. 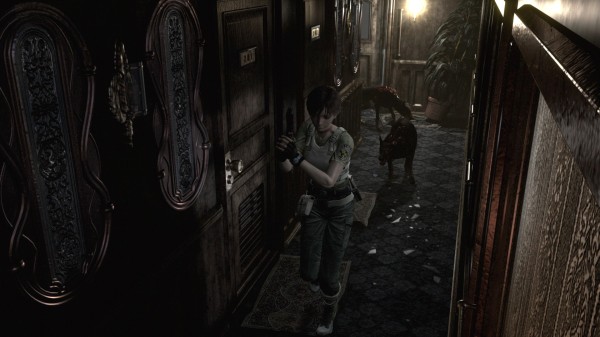 Boss battles are quite regular & something of puzzle, some make sense such as the large centipede & giant bat but others like the giant scorpion & proto-tyrant seem to have been jammed in to tick certain boxes. It’s not a difficulty thing as both require little skill; in fact the only boss that requires a little more thought is probably the giant bat boss as smaller bats get in the way of your gunfire.

The final boss, a massive mutated leech queen is something of a let-down split into two parts with the first being the standard ‘shoot her until she drops’ while the second sees Billy having to protect Rebecca while she turns valves. It’s just not that inspired & very simple as long as you keep your distance from her.

That’s not to say 0 is easy, far from it…in fact it is one of the more difficult Resident Evil games with really limited ammo, hard to find healing items, tough enemies & an inventory system that will frustrate more than anything ever has in the game series to date.

The chest system of old is gone; instead Billy & Rebecca can trade items & leave unwanted items on the ground to be picked up later. It might sound great on paper but with limited inventory spaces & many weapons taking 2 spaces each you’ll be struggling to manage your inventory a lot. Just when you think you’re potentially done with an item you’ll get to a point where you need it & have to do a lot of back-tracking (Don’t leave the hook-shot behind when leaving the training facility).

The HD remake of the game really showcases the amount of detail within the game especially during the train section & water treatment plant. It is exceptionally pretty at times but the cut-scenes are a reminder of its age looking poor by comparison.

Completing the game once will unlock a mini-game called Leech Hunter that sees Billy & Rebecca tasked with collecting Blue & Green leech charms in the Umbrella facility & leaving via the front door. It’s difficulty is increased by each character only being able to carry one type each & items not being able to be dropped. There are 50 of each & should either character die the game is over. It’s a fun little inclusion that unlocks bonuses such as infinite handgun ammo within the main game.

Resident Evil 0 is a good entry in the series even if it lacks the same impact as many of the other games. The story is hardly exciting & most of the characters bland while others don’t match up to later versions of themselves. The survival horror elements are more prominent than ever before & it makes for a serious change of pace from most modern games. 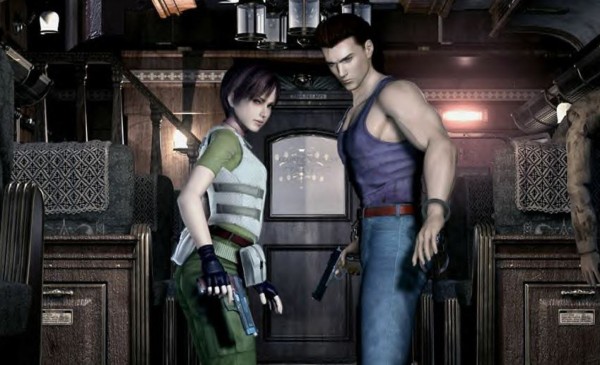