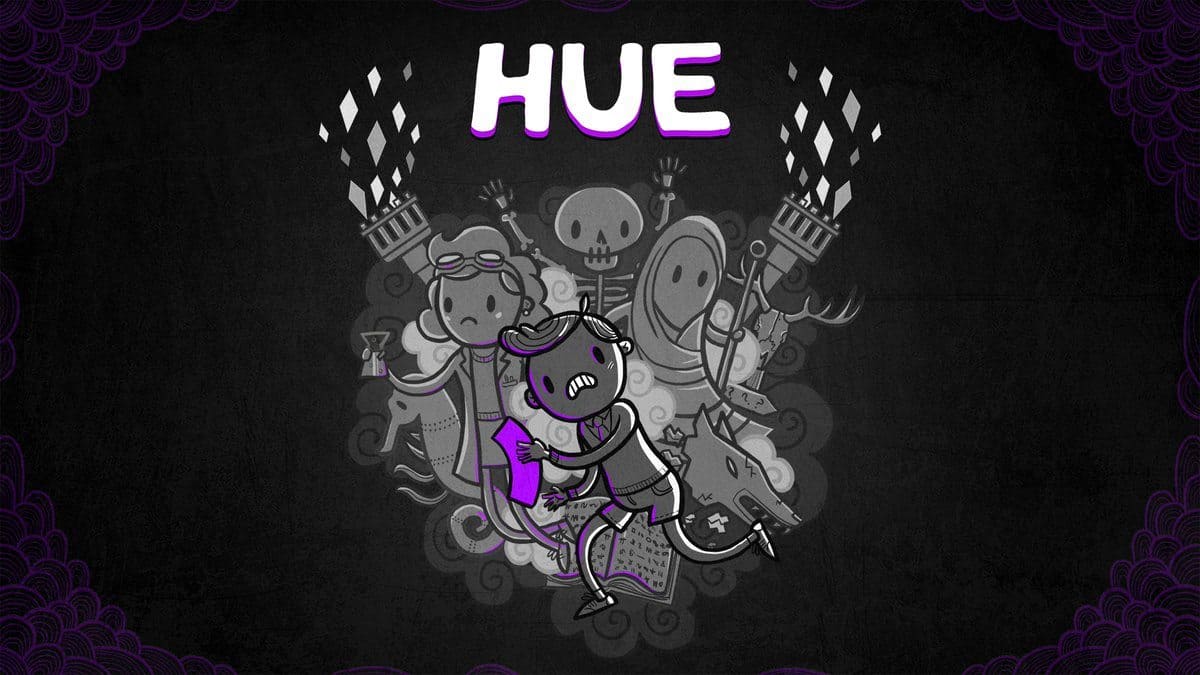 Hue is vibrant & gorgeous puzzle platformer where you alter the world by changing its background colour.

Dropped into a greyscale world, you take on the role of a boy who is learning about is mother who first discovered how to change the world around her. She was a scientist who invented the Annular Spectrum, a ring that allowed her to not only see colours but also to alter them.

It’s this ring that drives the gameplay of Hue as you make your way through the world picking up segments of the ring & notes left by your mother.

The 2D world’s background can be changed with ease to a colour segment that you’ve discovered. This is how you navigate, as coloured obstacles can effectively be deleted by swapping to the relevant background. For example, if you need to get past a blue brick wall then just switch to that colour & you can pass through with ease.

Simple to understand but as the game goes on these become more fiendish requiring deft timing & much more thought.

Split into ‘rooms’ dying results you having to restart that room from the beginning but it’s rarely too much of a setback. Short enough to never really become tiresome most only take a handful of attempts to solve. The traps & puzzles require some occasional trail & error but often patience & planning is all that is needed. Rushing will only result in failure.

Switching between colours is straight-forward (the right stick is used to highlight the colour needed) but on occasion it sometimes fails to register resulting in an un-necessary death. This is particularly frustrating at later points in the game as timing & quick colour switches are needed.

It’s a small complaint in a game that has very few flaws, thankfully. Sleek & very pleasing to the eyes, the visuals are charming even if the story isn’t exactly gripping. It lacks depth with only vocalised notes & thoughts from your mother driving it on. Finding her never feels like an important goal unfortunately.

The addictive & rewarding gameplay does make up for a lot of the stories’ short-comings though. Backed up by lovely visuals, the softly subtle piano driven music fits the game perfectly.

It’s an immersive experience that will last between 8-10 hours, well worth picking up.

(We’d like to thank Curve Digital for providing us with a copy of Hue for review purposes).