When people talk about sequels that improved on every aspect of the previous game they’re almost always talking about Far Cry 3. Ubisoft brought a failing franchise to life with a gripping story, fantastic characters & a gorgeous, enemy filled open world. For many it was & remains the best Far Cry game in the series.

Far Cry 4 followed a very similar format but failed to re-capture the magic. It’s still a great game but was far too similar to the previous one to be held in the same high regard. It felt like they had very little new to offer & it was a struggle to see just how the next game in the series could innovate in any way.

Would we get just another modern-day island with another conquering ruler to be toppled or would they use the retro-futuristic setting of Blood Dragon as inspiration? Neither left fans with much hope but Ubisoft had a surprise in store.

Instead of focusing on modern day timelines or futuristic stories they decided to take Far Cry back in time, way back in time all the way to the Stone Age. Far Cry Primal was released for Xbox One in 2016 & puts players in the role of Takkar.

Takkar of the Wenja tribe, is part of a hunting party that are attacked by a sabretooth tiger. Everyone but Takkar is killed who manages to escape ending up in the land of Oros. There he meets Sayla another Wenja who tells him that their tribe has been scattered far & wide across Oros after having been attacked by the brutal Udam. This rival tribe are led by the uncompromising Ull & they survive in the harsh winters of the North by eating the bodies of their victims. 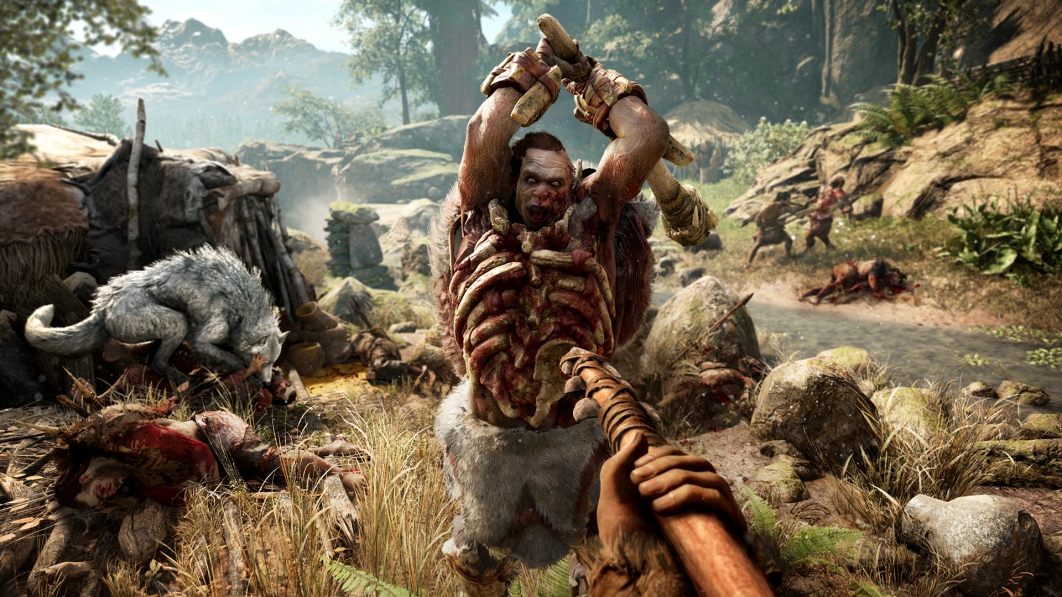 Takkar & Sayla begin to re-build the village, bringing in other Wenja but they are attacked by Ull & the Udam who refuse to let them live in peace. Takkar & the Wenja manage to fight of the Udam who remain behind & it becomes clear that the only way the Wenja will be able to survive is to kill Ull & destroy the Udam. 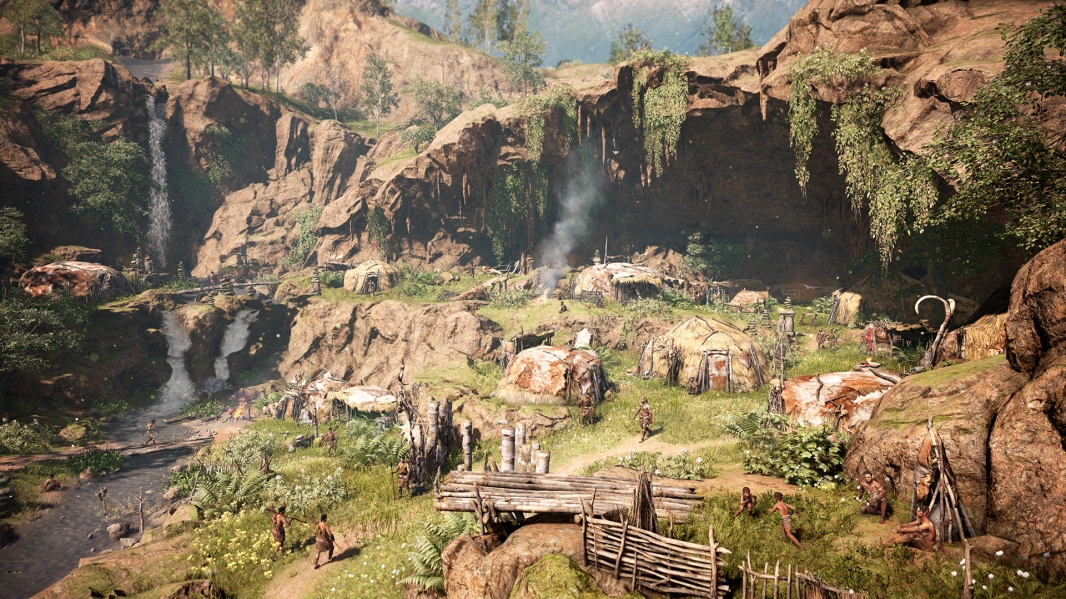 Unfortunately for Takkar the Udam aren’t the only tribe vying for control of Oros. The Izila tribe are also on the war path with their leader looking to sacrifice the Wenja to the sun god. Throw in one of the most hostile environments ever seen in a Far Cry game & what you have is a desperate survival situation. Or at least it would be if Far Cry Primal wasn’t so damn easy. 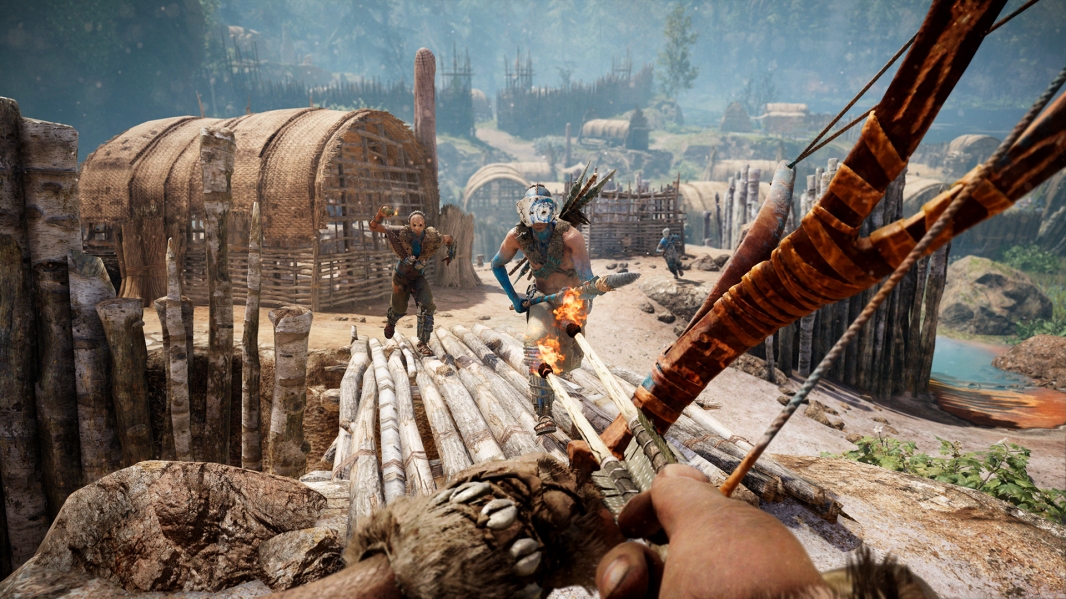 Anyone expecting a challenge will have to force one out of this game, intentionally keeping yourself low level or not upgrading skills, as it’s arguably the easiest Far Cry game to date (an update after release has seen a survival mode added which does up the difficulty).

As stories go the battling tribes’ idea isn’t a terrible one & characters like Takkar & Sayla are interesting. You’ll care about the Wenja & feel a sense of pride as your village grows larger & larger (mainly down to your hut upgrades that are crafted from resources you collect). 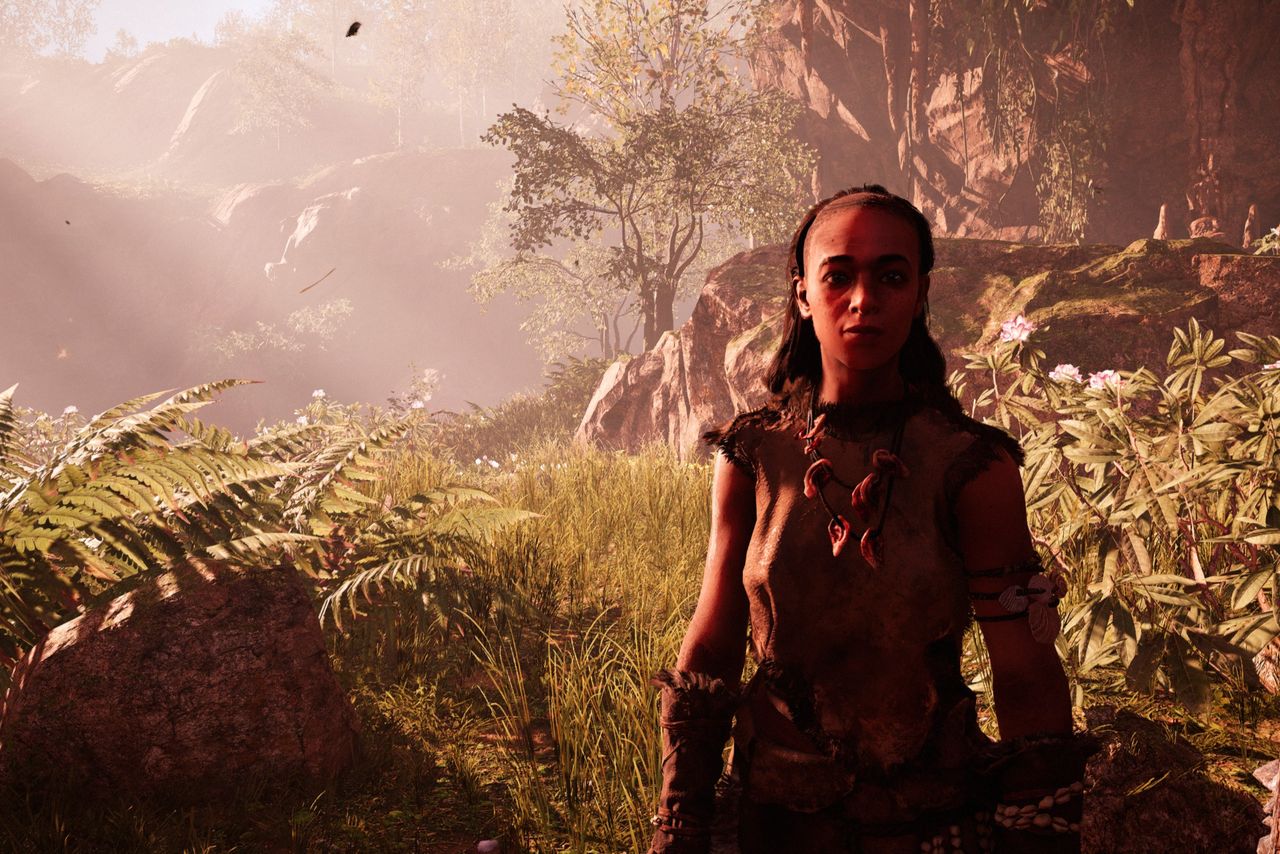 The problem lies in the lacklustre Udam & the even more disappointing Ull. When first meeting him & his tribe you’re given the impression that these guys are not to be messed with. That when you eventually go up against them it’s going to take all your skills & efforts to take them down.

Instead what we get are a weaker tribe then the Izila who use fire (a very dangerous weapon to have in this game) & a terribly disappointing final boss battle. There is a lot of build to facing off against Ull & it’s just one big let-down.

Regular Far Cry players will feel instantly at home here, the gameplay remains mostly unchanged. Played from the third-person perspective & aside from the main story narrative you are given the freedom to explore Oros (although the cold North requires crafted clothing to survive), capture enemy tribe forts, bonfires (for fast travelling), explore caves & complete a huge number of very repetitive side quests. 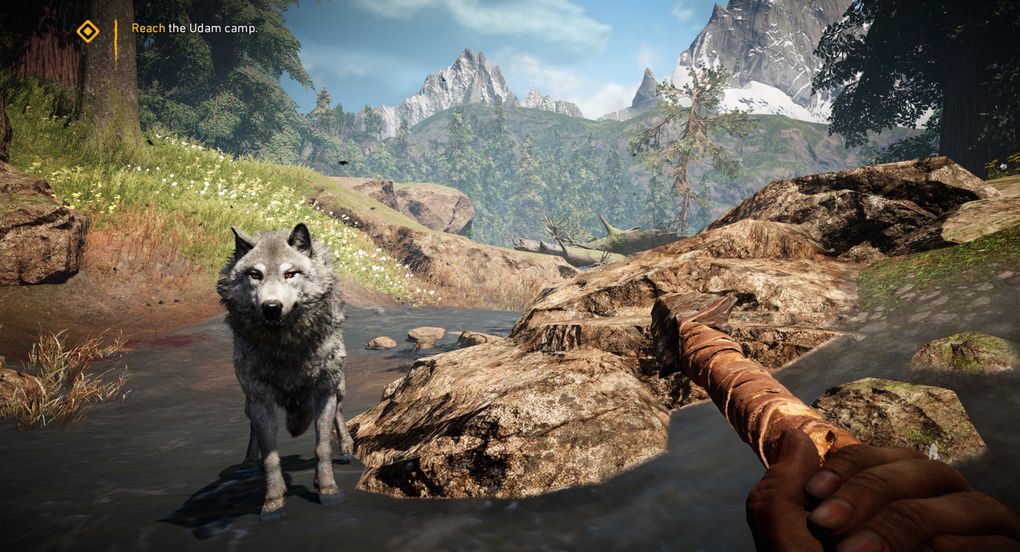 There are a number of different individuals that when brought back to your village open up upgrades & new items for you to use in your fights. Skills to be levelled up, items to be crafted & weapons to be upgraded. As there is no gun play you’ll be relying on more primitive weapons such as a bow & arrow, spears & clubs. There is a serious lack of variety in weapons & you’ll likely stick to the bow for most of the game with occasional switches to the spear to take down tougher enemies & the odd clubbing blow for charging goons.

To try & make up for that though we now have beasts that can be tamed. Oros is filled with wild animals, no seriously, sometimes you can’t move for attacking bears, wolves or sabretooth tigers. Thankfully to help you deal with these pesky critters you can now tame them. All you need to do is throw some bait near them, wait for them to start eating then approach & hold down the button when prompted. That’s it, that’s all it takes to tame a wolf.

Once tamed they will follow your orders & can be used to attack enemies.

In addition, you now have a pet owl that can be upgraded & used to scope out locations tagging enemies in the traditional Far Cry way. Later this owl becomes a a serious force to be reckoned with, able to drop bombs & attack enemies while you sit back admiring the view from your rock.

The idea is great & it’s something different in a game that feels just like another Far Cry game at times but it’s so easy, too easy. At least with the 3 rare beasts you need to do battle with them in lengthy hunt quest before they can be tamed (these quests are great).

Beyond that there isn’t really any innovation here & the Far Cry series is beginning to feel stale even if it is still a lot of fun to play. The environment is lovely to look at but we’ve seen these same lovely environments in the last two games! It’s a great Far Cry game but it’s clear that it’s probably going to need a drastic shake-up for the next in the series.