These re-released games boast improved visuals such as sharper graphics & better frame-rate & that is clear to see as soon as you take control of a character in their respective games.

As nice as the games now look it has to be said that this is basically the only thing that has been improved. This collection is for super-fans & gamers who’ve never stepped into the wonderful world of Dead Rising. Is it a disappointment? Only if you had high expectations in the first place. I would have liked to have seen more effort put in but I didn’t expect it. However it still stings that they didn’t take the opportunity to fix or tweak areas that have been long criticised.

Being the oldest of the games, it’s Dead Rising that really benefits from the upgraded visuals. A personal favourite of mine, I’ve wanted the series to adopt much of what made the first so desirable for a long time (such as the 7 day survivor mode & the increased difficulty).

Taking on the role of Frank West, a photographer (he’s covered wars, don’t you know?) trapped in the Willamette mall during a zombie outbreak, the aim of the game is to uncover the truth about what caused the outbreak while trying not to end up dead at the hands of the zombies or psychopaths running amok.

Stepping back into that world, it remains an absolute blast to play with a difficulty not seen in any of the games that follows. Here, the zombies are legitimate threats that need to be avoided especially when in massive groups. Psychopaths need planning & skill to be defeated & the story will take some serious time-management to complete fully. I love it & the smooth frame-rate just makes things even better.

However the game has some serious flaws that haven’t been addressed at all with one being so frustrating that it’s likely to cause many a gamer to just quit playing. 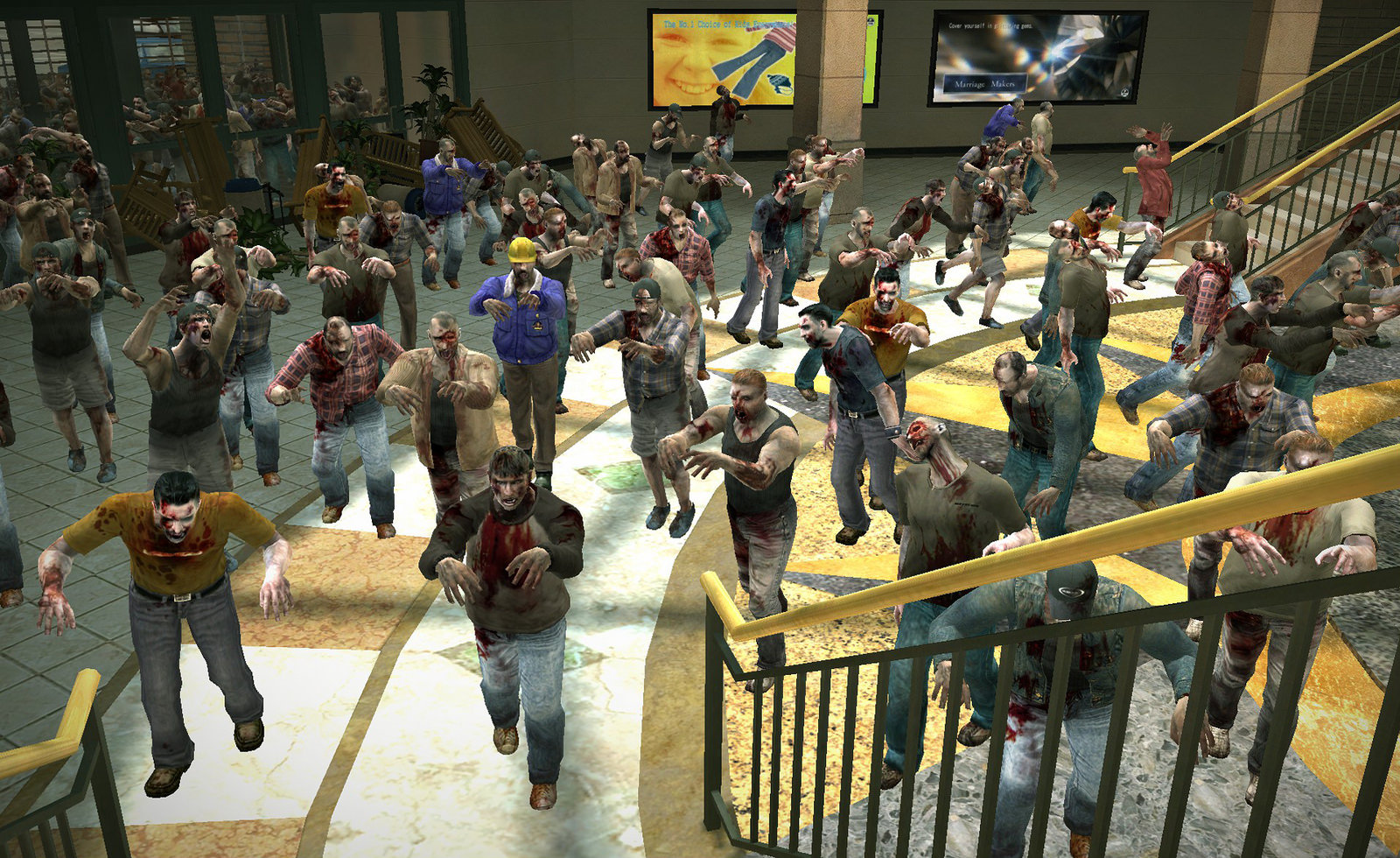 In all the Dead Rising games’ rescuing other survivors is one of the major aspects of the gameplay that doesn’t need to be done to see the ending. Its fun, challenging & true completionists will strive to rescue everyone they can. This mainly consists of saving them from a zombie/psychopath attack then leading them back to the safe house.

It would be (it is in later games) if the AI wasn’t so braindead. They are almost incapable of doing anything without constant guidance & will regularly stop while surrounded by zombies. Should one get grabbed they will struggle with them losing health slowly until you save them. Often they will just start shoving zombies to the floor all while taking damage from others. Trying to lead a group larger then 3 is hazardous to your health as you might as well be trying to herd a group of sheep.

That Capcom didn’t take the opportunity to improve this is disgraceful as much of the gameplay & achievements are linked to survivors. Nor did Capcom think to improve the size of the text that appears on the screen. If you have visual problems you’re going to struggle here.

Dead Rising is still a great game but it’s hard to get too excited about this remastering especially when you consider just how much of a leap forward the sequel would be.

Dead Rising 2 took the blue-print of the first game & improved upon it in almost every department, it looks lovely especially with this graphical upgrade.

The location of Fortune City (think Las Vegas but zombies), the inclusion of all manner of violent weapons, the improved AI, the exciting & less time-restrictive story. Dead Rising 2 is everything a sequel should be. 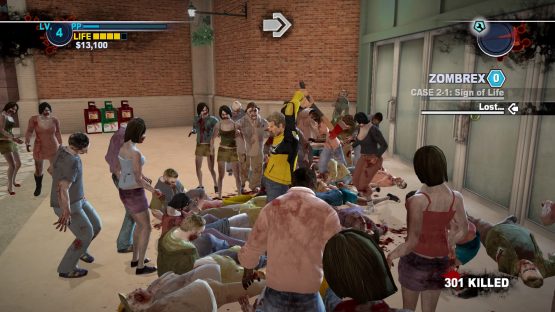 Set 5 years after the events of Dead Rising, the player takes control of Chuck Greene (so unpopular that Frank would be brought back for Off the Record) who is framed for causing the Fortune City outbreak. Chuck has to clear his name while trying to survive the zombies & psychopaths of the city while also getting Zombrex for his infected daughter.

Zombrex is a drug that stops the zombification process temporarily but needs to be administered daily.

This is also the first Dead Rising game to include co-operative play & competitive multi-player. Terror is Reality is a game show that sees humans go up against zombies in all manner of wacky events. In multi-player 4 players can compete against each other in Terror is Reality to earn huge sums of money that can then be used in the main game.

The multi-player component is one of the most heavily criticised aspects of Dead Rising 2. It’s tacked on & near unplayable at times. You need 4 players to even start a game & within a few weeks expect the servers to be dead just like it was when it was first released. Dead Rising doesn’t need competitive multi-player.

The only other area that Dead Rising 2 slips up in is with its difficulty. Going from the first game to this, it’s shocking just how easy it is. The zombies hold very little threat as long as you keep moving & PP (the levelling up system) comes thick & fast allowing you to really strengthen yourself very quickly.

All of this does make it easier to deal with survivors & thanks to vastly improved AI it’s no longer a chore to rescue them. Where as in the first game any more then 3 was a nightmare, here any number is more than manageable. For starters if a survivor gets grabbed by a zombie here they’ll actually fight them off!

The story is just as compelling as the first but with a much more interesting set of bad-guys & motivations that have far reaching effects.

Dead Rising 2 is a vast improvement in almost every way & such a massive leap forward in four years. The comparison between the two really highlights just how little progress was made between the second game & third!

You see, Dead Rising 2: Off the Record isn’t the third game, in fact it’s the same game but with Frank West as the playable character. The story is different (but hardly exciting), photography is back, survivors & psychos are mixed up (with a few new ones thrown in), a sandbox mode is included (no timer) & a new location called ‘Uranus Zone’ is open (a fun-fair). 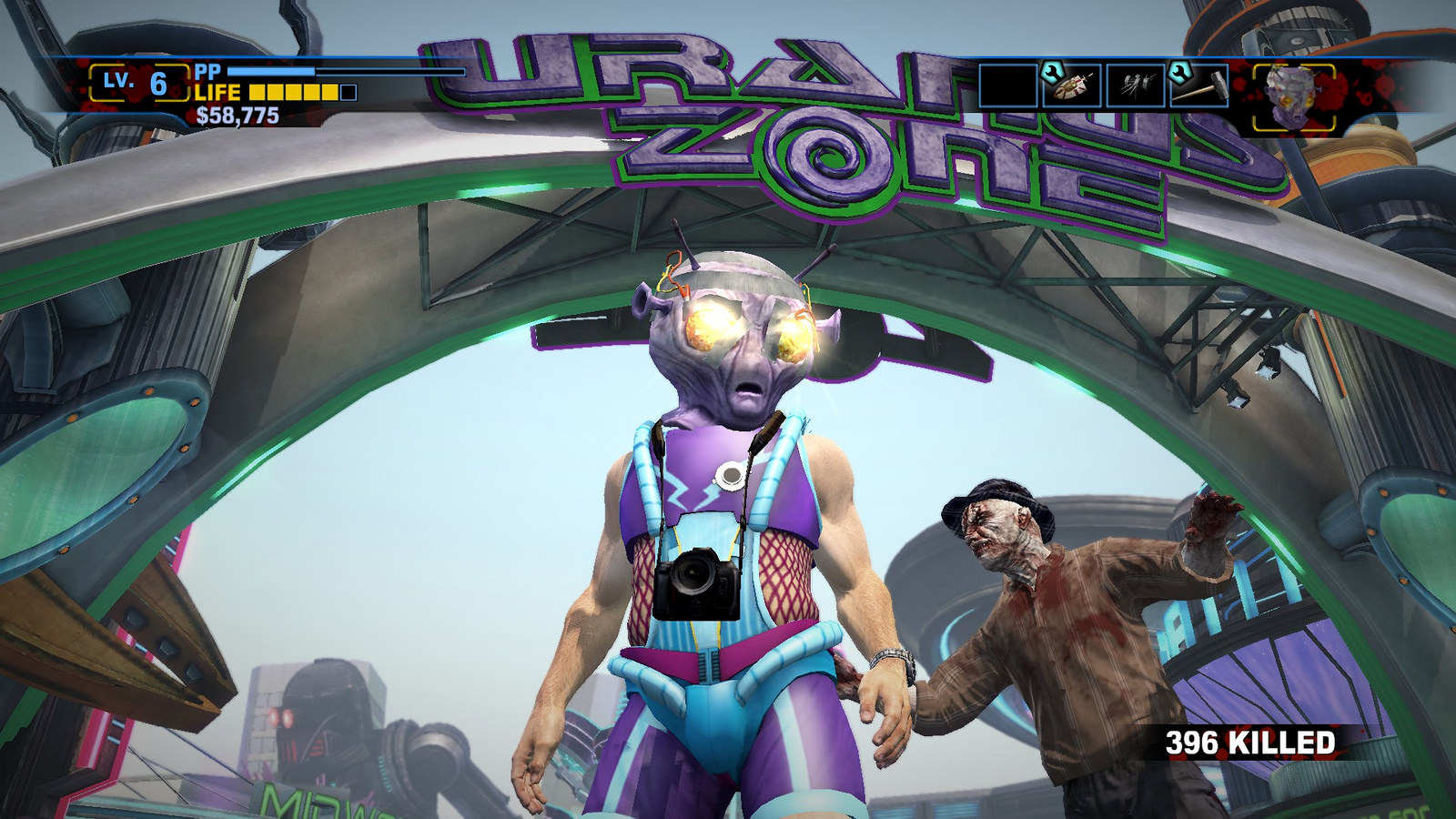 Once again the graphical upgrade really makes this a much better experience but it hardly qualifies as a new experience especially when played directly after the second game.

Off the Record was a game that was purely for the hardcore fan base only & that hasn’t changed here.

For £39.99 it’s not amazing value for money if you’ve played any of these games before but if this is your first venture into the Dead Rising world then this is well worth picking up. 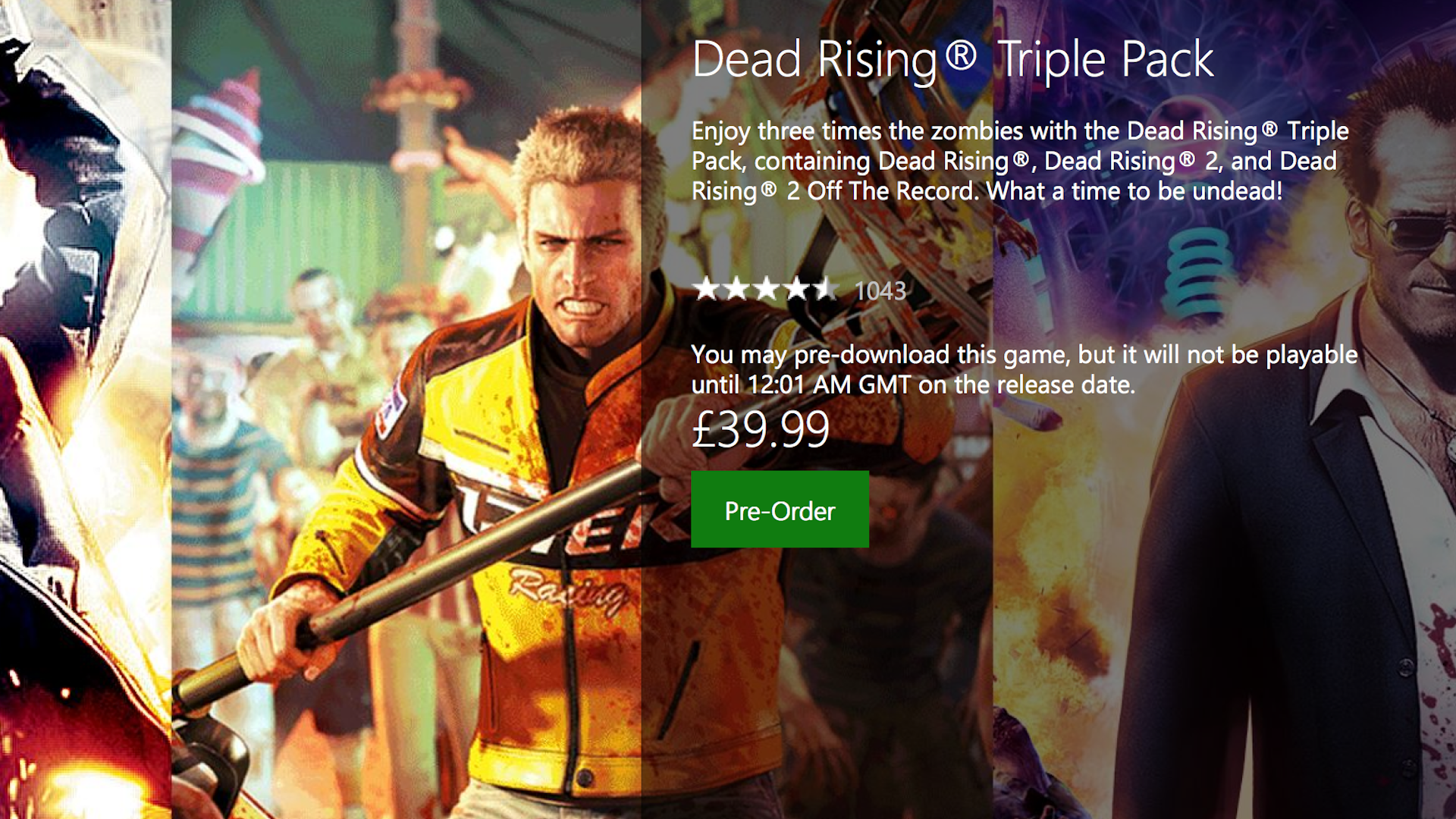