Everyone loves a cheap game, right?

Well Crypt of the Serpent King is a very cheap game costing the low amount of £1.59/$1.99 and you get what you pay for.

A first-person medieval dungeon crawler with roguelike elements, your aim is to play through the 7 levels killing enemies, collecting gold and finding keys for the boss rooms. 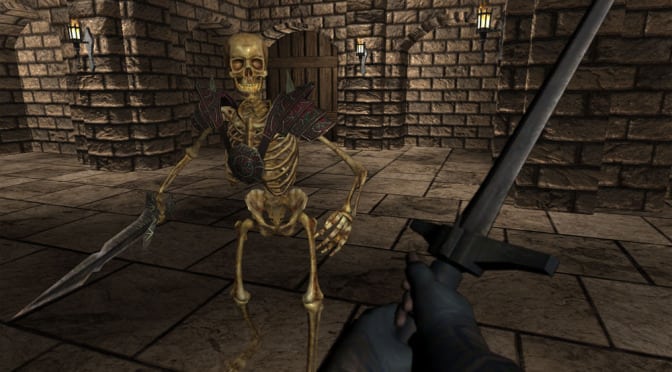 It’s as basic as it sounds and then some. You see Crypt of the Serpent King looks, feels and plays like an extended demo and not a very good one. The basic levels are just the same thing with a new coat of paint and a different enemy. You’ll be facing off against rat-men, lizard people and armed guards across the 7 boring and repetitive levels.

Wander through bland corridors until you find all the keys to unlock the boss room and face off against a disappointingly easy enemy. Rinse and repeat.

When defeated, enemies will give you XP and chests littered throughout the levels gift gold to purchases new weapons, health and if you have a bow, arrows too. Be careful though as the you’ll often get attacked from behind as the only indication that an enemy is near is the change in music.

While enemies are very easy to kill using a simple trick, they can quickly kill you if you’re not careful. The trick is to let them swing at you then step in, hit them, back off and repeat the process. Not getting hit is key as should you, your screen gets covered in blood red making it really difficult to see where the enemy is. Fighting more then one at a time is akin to suicide and should you die you have to start the level over again (although on easy your gold and XP is saved).

At the end of a level you’ll get the chance to invest your XP into 3 categories which in turn makes the game even easier. Invest your XP into Agility to move faster and hit quicker resulting in most enemies not being quick enough to land an attack after their initial first swing.

The further you make it, the easier the game becomes as you unlock weapons with more range and impact. In fact, the only real difficulty comes with your own loss of concentration. Crypt of the Serpent King is so boring that it’s easy to get distracted or try to rush through and this will just see you killed quickly. 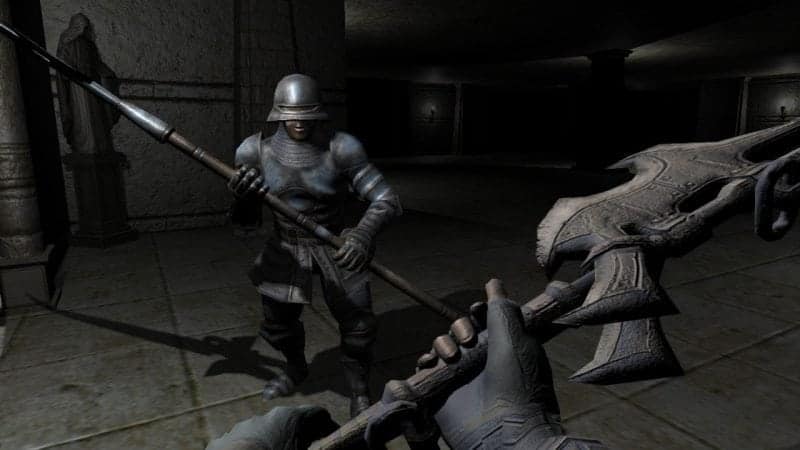 For such a low price you can’t expect much but you won’t be able to shake off the feeling that you still got ripped off. It’s so unfinished, so bland and so boring there is little in the way of satisfaction.

Crypt of the Serpent King