Finally coming to Xbox One after originally being released on PlayStation 4 the previous year, Crash Bandicoot N. Sane Trilogy is nostalgic gold but not without its faults.

Take on the role of Crash Bandicoot (and occasionally his sister Coco) to stop the nefarious plans of Dr Neo Cortex. Collect crystals, gems by destroying all the crates in a level and relics by replaying levels in time trial mode. Then defeat a boss and move on to the next area. Simple, very linear and very old-school.

A remastered collection of the first three Crash Bandicoot games the first thing that has to be said about the N. Sane Trilogy is just how pretty it looks. Anyone who knows the original games well will be wowed by the improved visual quality of the games. It looks lovely, crisp and sharp. In particular Crash Bandicoot 3: Warped, the game with the most variety in levels.

It’s like stepping back in time the moment you take control of Crash, initially exciting and fun until you’re reminded of just how punishing 90’s era platformers were. If you thought you were good at games, the N. Sane Trilogy will serve as reminder that you need to be a lot better. 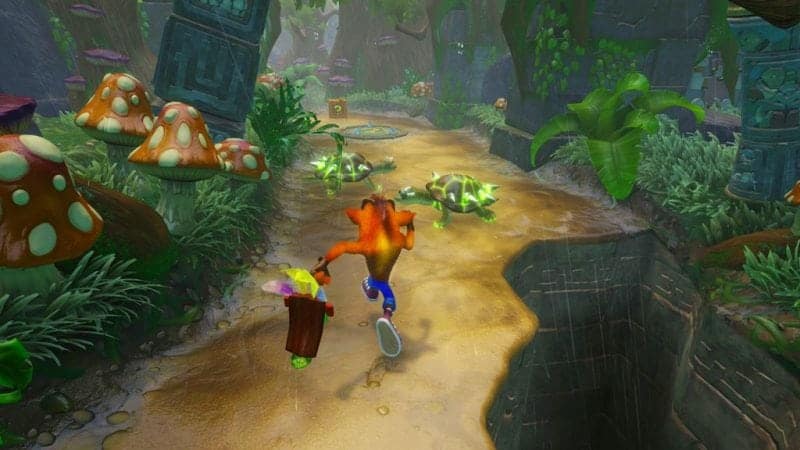 The games, in particular, the first one are very punishing. One hit deaths, jumps that are unnecessarily difficult and traps that will trip you up constantly. Be prepared for frustration and tedium.

The latter comes from the static camera views that make gauging jumps difficult, the tweaked physics that weren’t needed and the harsh checkpoint system. You’ll be replaying the same sections over and over again having to watch the tedious death animations over and over again. While these last only a handful of seconds they stop being funny or clever quickly.

After playing the first game you might have a little buyers remorse but the series improved greatly with the sequel and even more so with the third. Part two is less of a lesson in annoyance with some well-designed levels and fun boss battles. While part three really varies up the designs, although the bike races and jet-ski levels have not aged well at all. 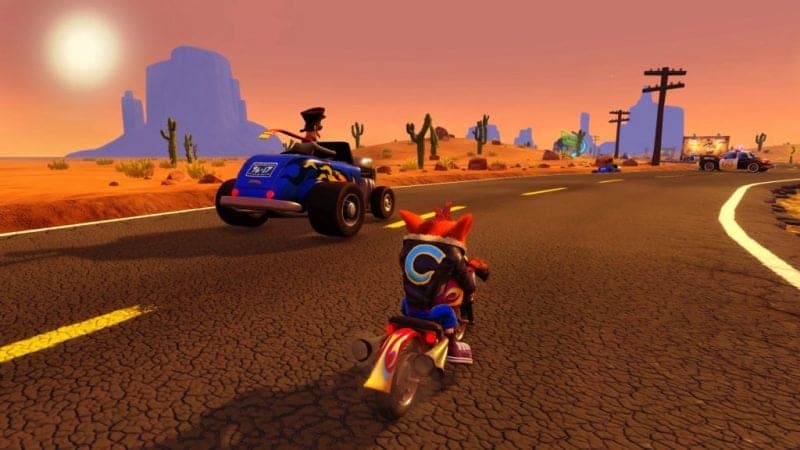 Still, if you bought this purely because you want to play the authentic Crash Bandicoot games again then you’re in luck. It delivers on that front and most of the tweaks are beneficial to the player. Such as the auto-save feature, a welcome addition. 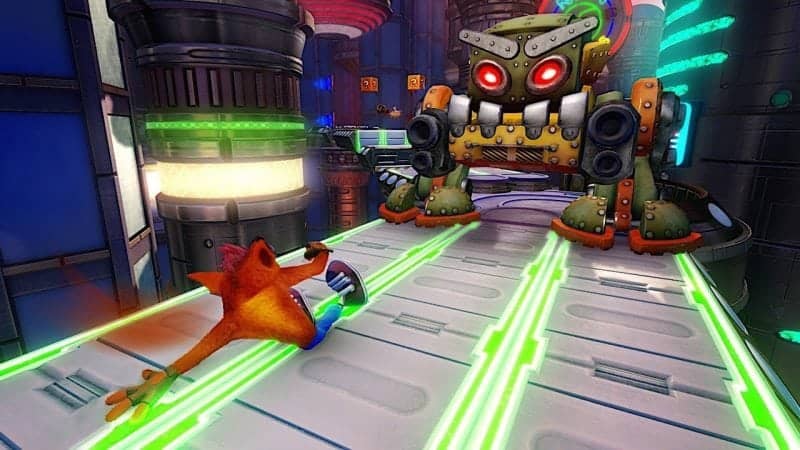 Platforming has come a long way since Crash was first released. Pretty visuals and nostalgic value aside, this trilogy feels very dated. It’s a loving recreation of the original trilogy which had its problems 20+ years ago. Those problems have been brought along the way to the determent of player enjoyment.